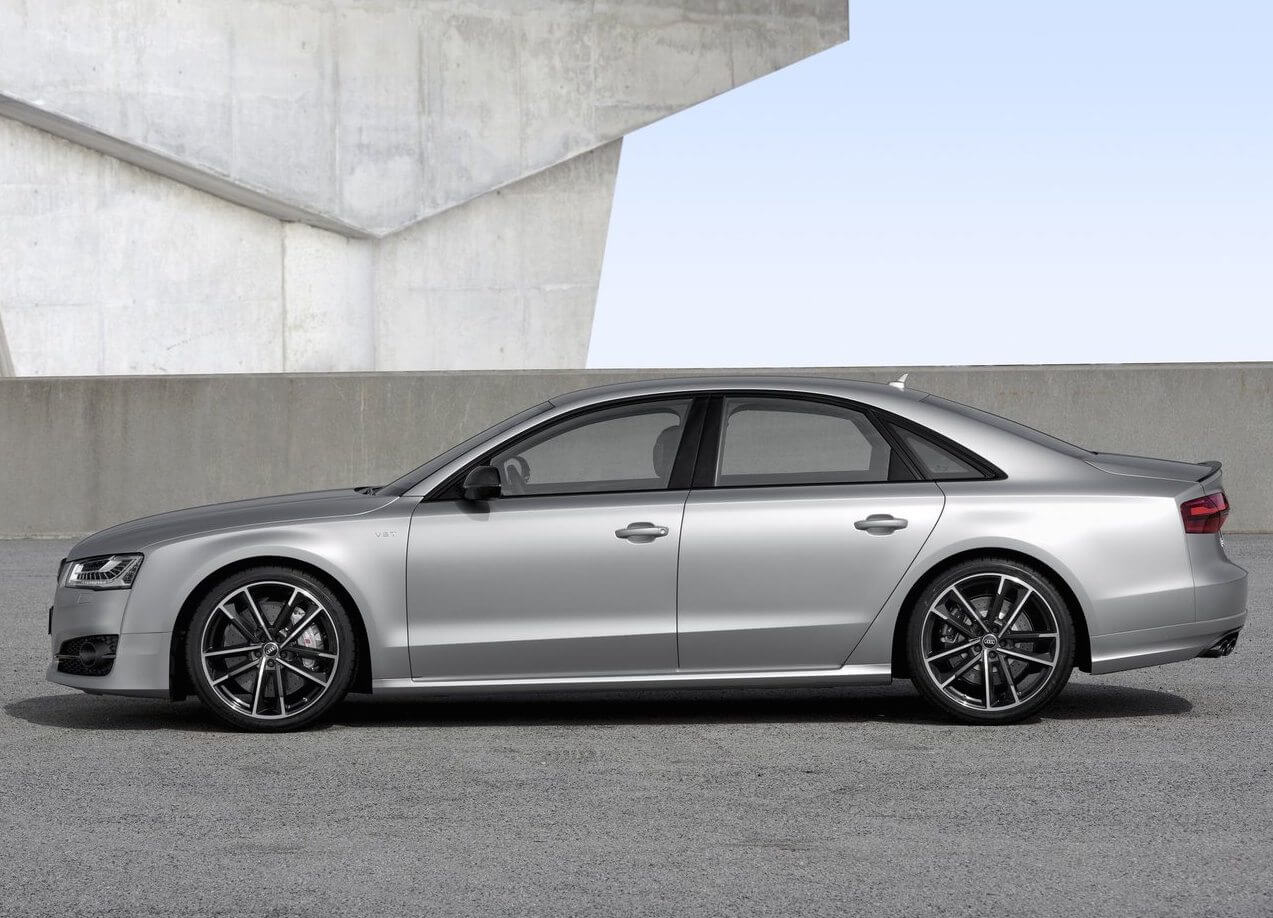 Are you the sort of person who simply cannot have a sedan with less than 600bhp/441kW and four-wheel drive? Are you in the business of transporting important “packages” or chasing Citroens and Peugeots down French roads? Then you’re in luck because Audi have unveiled the new S8 plus. As the name suggests, it’s an S8 sedan but with a bit more. Actually, it has a lot more.

The ‘standard’ S8 is powered by a 516bhp/379kW 4.0-litre biturbo V8, which in any other context would be considered quick enough. But there was clearly room for improvement as Audi have managed to add an extra 84bhp to the power output. Torque is now up to a whopping 700NM. Those figures are enough to get the S8 plus from 0-100 km/h in 3.8 seconds, that’s serious sports car territory. I’m talking Mercedes-AMG GT S levels of acceleration. Top speed is electronically limited to 250 km/h, though a ‘Dynamic Package’ is available which raises that to 310 km/h. Just what you need should you be late for a suit fitting or whatever it is plutocrats do during the day.

Along with the extra power, (I still can’t wrap my head around those figures. That puts this, in terms of bhp, on the same league as the 458 Speciale and Huracan and more powerful than the new R8 V10, Aston Vanquish, and 911 Turbo S), the S8 plus comes with carbon ceramic brakes, Quattro-tuned sports exhaust, and the subtly cool matte silver paint you see in the photos. It’ll be hard to differentiate the S8 plus with the lesser S8 model should you see one creeping up behind you in your rear-view mirror. Apart from a blackened grille, carbon trim on the wing mirrors and spoiler, and new wheel designs, it’s still has the same understated design. Whether that’s a good thing or a bad thing is up to you, though I have to say I’ve always likes the whole stealth appeal of the S8.

This autobahn jet express will make its debut at the upcoming Frankfurt Motor Show and will undoubtedly receive many orders from people wanting the newest, quickest, fastest, or whose last name is Stark. The new 7-Series may have more tech, the S-Class maybe more luxurious, but for doing car chases in films, the S8 has them beaten. Now with the plus model, only a few cars will be able to keep up.