Few things get me genuinely excited but a topless Lamborghini is right up there with a topless Natalie Dormer, or free samples at a cake shop. So when Lamborghini unveiled the new Aventador Roadster SV last week, I literally had to lock myself in a dark room for many hours.

There are two ways to look at this mental 350 km/h hairdryer. You could either see it was a faster, more powerful, and more insane version of the already bonkers Aventador Roadster or a slightly less hardcore version of the hardtop SV. I’d like to think of it as the former. A Lambo should be about drama and theatre, it should be a visceral experience. Taking the roof off not only adds to the visual impact but it also means you can enjoy that V12 more from behind the wheel. Either way you look at it if a mid-engine Italian supercar powered by a 740bhp 6.5-litre V12 doesn’t get your pulse racing, then I’m afraid you’re dead. Perhaps the SV Roadster’s 0-100 km/h of 2.8 seconds and its top speed of 347 km/h might bring you back to life.

As this is a ‘Super Veloce’, it’s 50kg lighter than the standard Roadster but is 50kg heavier than the SV Coupe. No biggie though as much of the car is made from carbon fibre, including the lightweight sports seats and two-piece roof. A nice little touch is the retractable rear windscreen which can be opened up to hear the raging V12 that’s behind the cockpit. 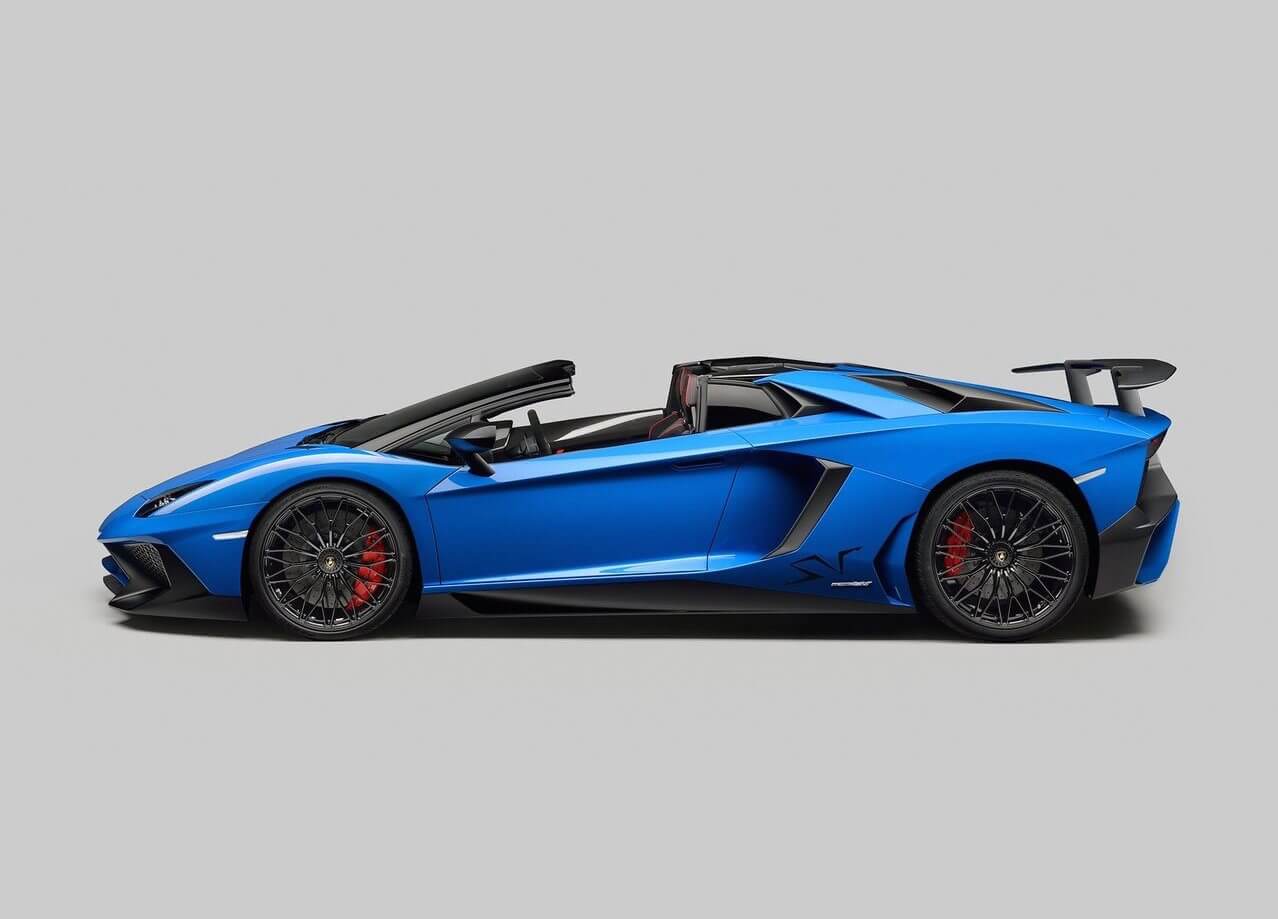 Otherwise, it’s pretty much identical to the SV Coupe. Which means it looks absolutely stunning, like a proper pantomime supercar from Sant’Agata should. I love the fact that they’ve chosen this bright blue colour. I love the rear wing and the new bumpers, which I’m sure help with aerodynamics, but also look like something out a 10 year old’s imagination. Although, I’d have probably made the ‘SV’ logo a bit bigger on the side. And made it out of magma.

Just 500 examples of the SV Roadster will be produced, making it more exclusive than the 600-run SV Coupe. First customer deliveries will begin in the first quarter of next year with prices starting from €357,000 ($601,264). There are five colours available, however for a little extra you can have it any colour you want. How would you spec your Aventador SV Roadster?