Sit down, hang on and shut up. No one actually said those words to me, but it’s all I could think of as Greg Murphy hurled me around Hampton Downs racetrack in a V8 Supercar. This would not be a day easily forgotten.

The MTA invited me along to this, ‘Hot Laps with Murph’ day, and it would have been rude to refuse them. Many people there on the day considered this a Bucket List type of item, and I can see why. Even watching others go out first (I was almost last), the sounds and smells from that 650HP V8 was enough to excite everyone there, including the 30% of women that turned up to be thrown around in the passenger’s seat.

At last my turn arrived…along with the rain. Dammit. Wets were put onto the car. Speeds were down, but this was still an experience to savour, the incredible noise from that V8 ringing as Murph tried to get traction. It seemed every time he changed gear, the rear wheels would just spin. Still, we managed 228km/h down the front straight, only about 10km/h down on the dry track speed.

Speaking to Greg after the day was over, he seemed pretty shattered but said he was ok. If I had done 400km on a track in one day, I would be having a Nana nap pretty regularly.

Fuel economy, if you can call it that? “We use about 1.8 litres per lap,” Greg said, “so you can imagine how much we get through on a day like this. It’s not a cheap day to run.”

I asked Greg about the people he took out? Surely some are getting over the fear factor, as they try and wind themselves into the guy around the roll cage? “Yup – some people get suited up, wait all day for their turn, get in, get the harness on, and then after I’ve started the car, they want out. We let them out of course, but it must be heart-breaking for them not to be able to get over that fear of something going wrong.” Ok I had to ask. Anything gone wrong, ever? “The only problem we’ve had in 12 years are a few mechanical problems where we had to send people home. We don’t like doing that of course. Those days are rare and the car is hugely reliable, but sometimes things break. But no other issue – other than the weather, like today, of course.” Greg mentioned the biggest thing people took away from doing some Hot Laps with him. “The brakes, always the brakes. Not so much the acceleration of the Commodore, but the fact that we can stop just so quickly surprises most people.” I got that too, as he braked heavily for the hairpin and my stomach was trying to make an exit forward. The car generates up to 2.5G under braking, but only 1.5G under cornering.

The car in question is a 2007 VE Commodore, it came 4th in 2007 at Bathurst, and still runs like a dream. I must admit all the construction workers at Hampton Downs on that day didn’t seem to get too much work done. Every time the car started, tools went down and eyes went up. And I’m expecting, ears opened. For me that sound of 650 horses cranking up and accelerating out of the pits…music. Mind you, accelerating to 100km/h in 3 seconds was pretty cool too. 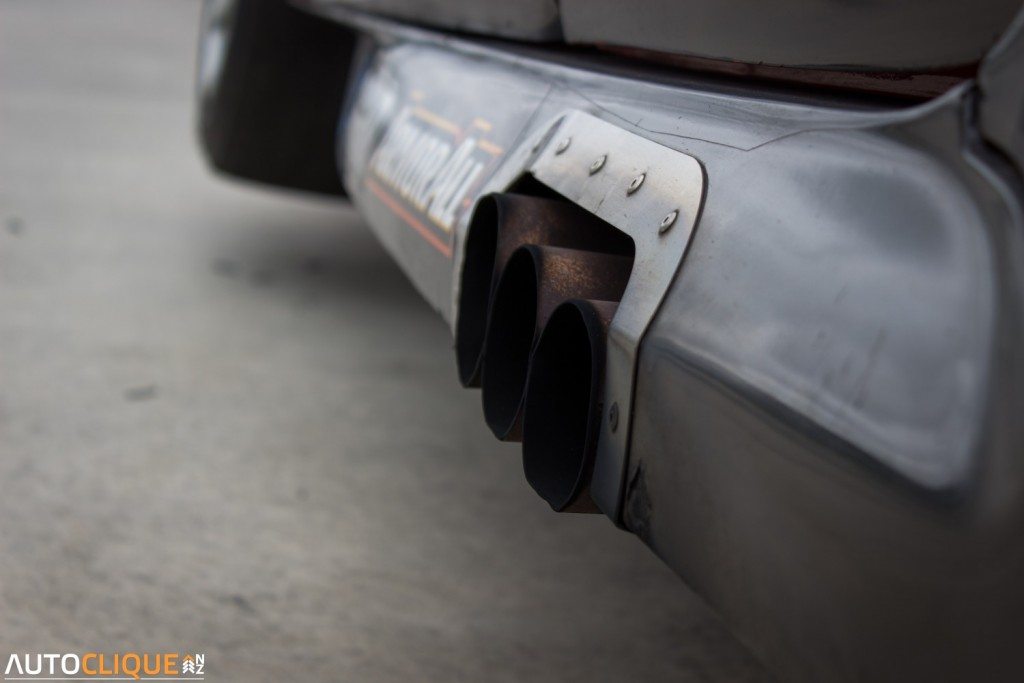 One last question for Murph: People always hassle each other about throwing up in the helmet on the track. Has that ever happened? A wide grin. “I’m happy to say it has never happened.” Old Wives’ Tales are alive and well it seems.

If you get a chance to do Hot Laps – jump at it. It’s not called the chance of a lifetime for nothing.