A couple of weeks ago Lamborghini held a launch event for the new Aventador SuperVeloce (SV). The Aventador SV is a lighter, faster, and more hardcore version of the Aventador – a car few would describe as anything less than mental. To celebrate the limited-run SV’s launch in Japan, Lamborghini organised an event to put all other launch events to shame.

It started a couple of days earlier with a couple of teaser images and clues on their Facebook page. It simply said to keep an eye out for something special on Friday and to use the hashtag ‘TokyoLambo’ when posting online. Of course I was excited, it was two of my favourite things in one; hashtags and supercars. They didn’t give much info away apart from where the general location of the parade would take place. I stumbled across the start/finish point purely by chance as I walking towards their route from the subway station and I saw a couple of (very loud) Aventadors making their way to the famous Royal Garden Cafe.

The road led to where some 80 Lamborghinis were gathered before the parade commenced. Luckily I got there just before they all left so was able to take a few photos of them together – a sight that will stick with me for a long time. All major Lamborghini models from the company’s 62 year history were there. From the Miura to the Aventador 50 and everything in between were there. Unfortunately some of the quirkier Lambo models were not. I thought this would’ve been my best chance to see a LM002 or an Espada. Strangely there was an obvious lack of SV or Superleggera models, especially when this was an event for the new SV.

At around 5.30pm, or sometime late in the afternoon, they all got ready to bring some music to the streets of Tokyo. Hearing around 80 Lamborghinis start up was an experience of a lifetime. I can’t even think of something to compare it to. 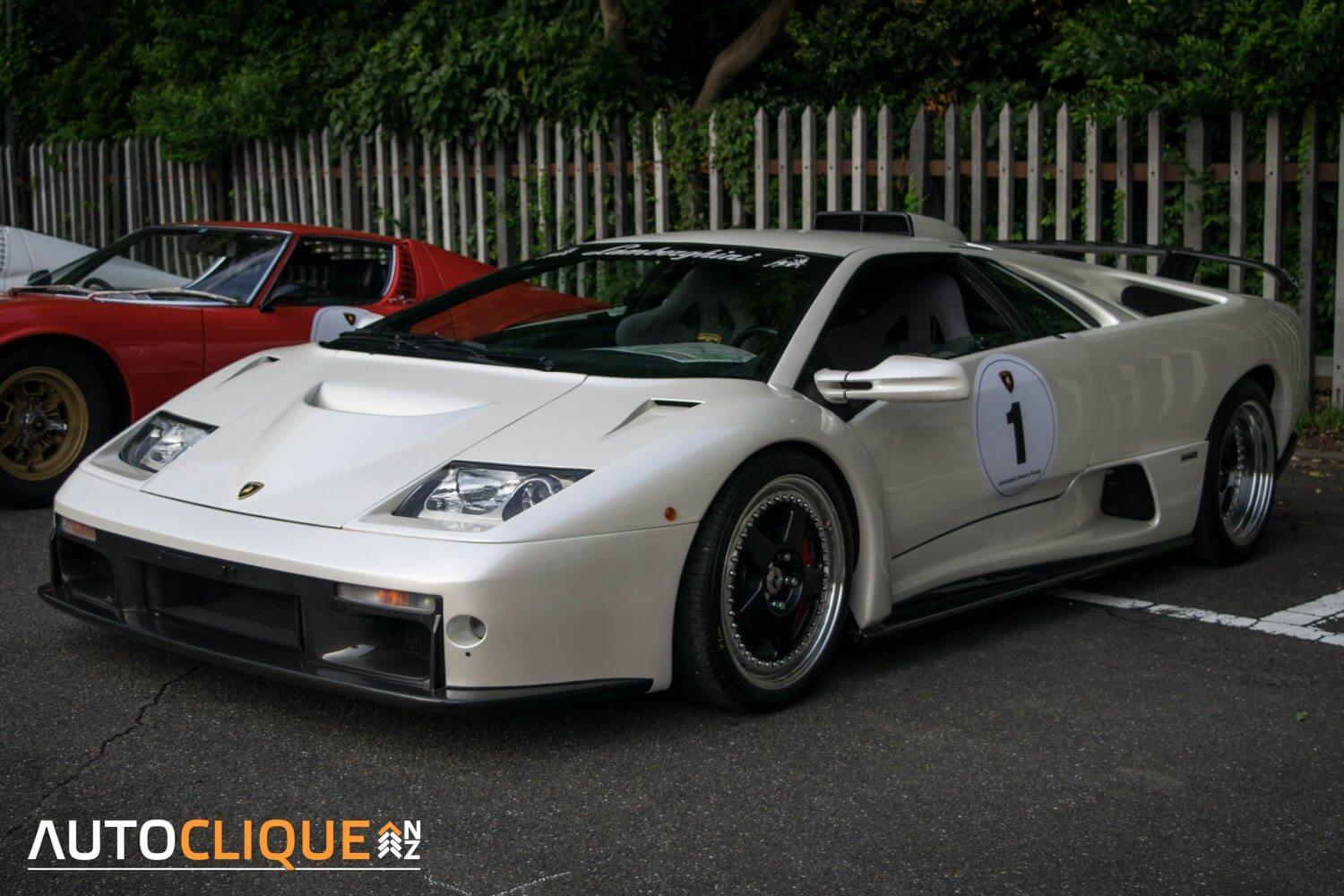 One by one they started to leave. One Lamborghini isn’t quiet but 80 of them, Tokyo became a symphony of 10 and 12 cylinder devils. It also helped some of them had custom exhausts, which made them sound louder and more brutal. The gathering area was in the middle of a large roundabout (think Arc du Triumphe) so when the cars made their way around it, there was an echoing effect.

That many Lamborghinis on one road was perhaps a more impressive sight than seeing them all parked up earlier. Of course it made for some congestion too. But that was no problem as it gave bystanders plenty of time to take photos and videos. I suppose that was sort of the point.

The owners were more than happy to put on a show for all the cameras pointed at them too. Unlike most owners of another brand of Italian supercar, Lamborghini people are by far more flamboyant. Like their cars, they don’t take things too seriously. I was stood next to a mum and young son, which was great as the owners would rev the engine for the little boy’s delight – and the young kid next to me too.

The parade made their way to Omotesando, Harajuku, and Shibuya (busy shopping and tourist areas) via Route 246 (the road from Gran Turismo). On most weekends it’s fairly common to see a couple of Lambos around these areas as it’s an ideal place to show off. Lots of straight roads to make noise and lots of pedestrians to show off to. At around rush hour on a Friday night I’m not sure if most people were impressed or irritated though. In Omotesando there was a clear distinction between locals and tourists. The tourists were more impressed and had their cameras out and ready. Most of the locals on the other hand were covering their ears.

After making their way around three of the busiest parts of Tokyo, the parade went back to the start point for the launch party of the SV. Unfortunately it was a strict invite only event (I asked if I could get in) for owners. Thankfully the SV will be at the Lambo showroom this weekend. Even though I wasn’t at the actual launch event, this was by far the best I’ve seen. It sure beats standing around a room eating finger food and listening to an accountant talk. I’d like to see Ferrari top this.