No, not the Lance Armstrong Tour de France races. This new limited-series F12tdf pays homage to the road races Ferrari dominated during the 1950s and 1960s with cars such as the 250 GT Berlinetta. The performance of the F12tdf is described as “second to none” by Ferrari. The numbers certainly speak for themselves. It’ll break 100 km/h in just 2.9 seconds. Top speed is said to be “over 340 km/h”. With new one-piece brake callipers like the ones you get on a LaFerrari, it’ll get from 100-0 in 30.5 metres. Around the Fiorano test track, it’ll do a 1:21.

To make the performance manageable for “less expert drives” as Ferrari says, there are larger front tyres. It also has rear-wheel steering, or Virtual Short Wheelbase in Ferrari speak. The styling mirrors the aggressive performance. I mean, just look at it. In any colour this thing will look completely, for lack of a better word, badass. Ferraris of late have been rather elegant and beautiful looking things. But this takes take classically pretty F12 and turned it into a Sicilian thug.

It’s not all form without function though. This is Ferrari we’re talking about, everything must have a purpose. The larger vents direct the airflow down the side of the car with a larger spoiler and redesigned rear diffuser keeping things in check at the rear. 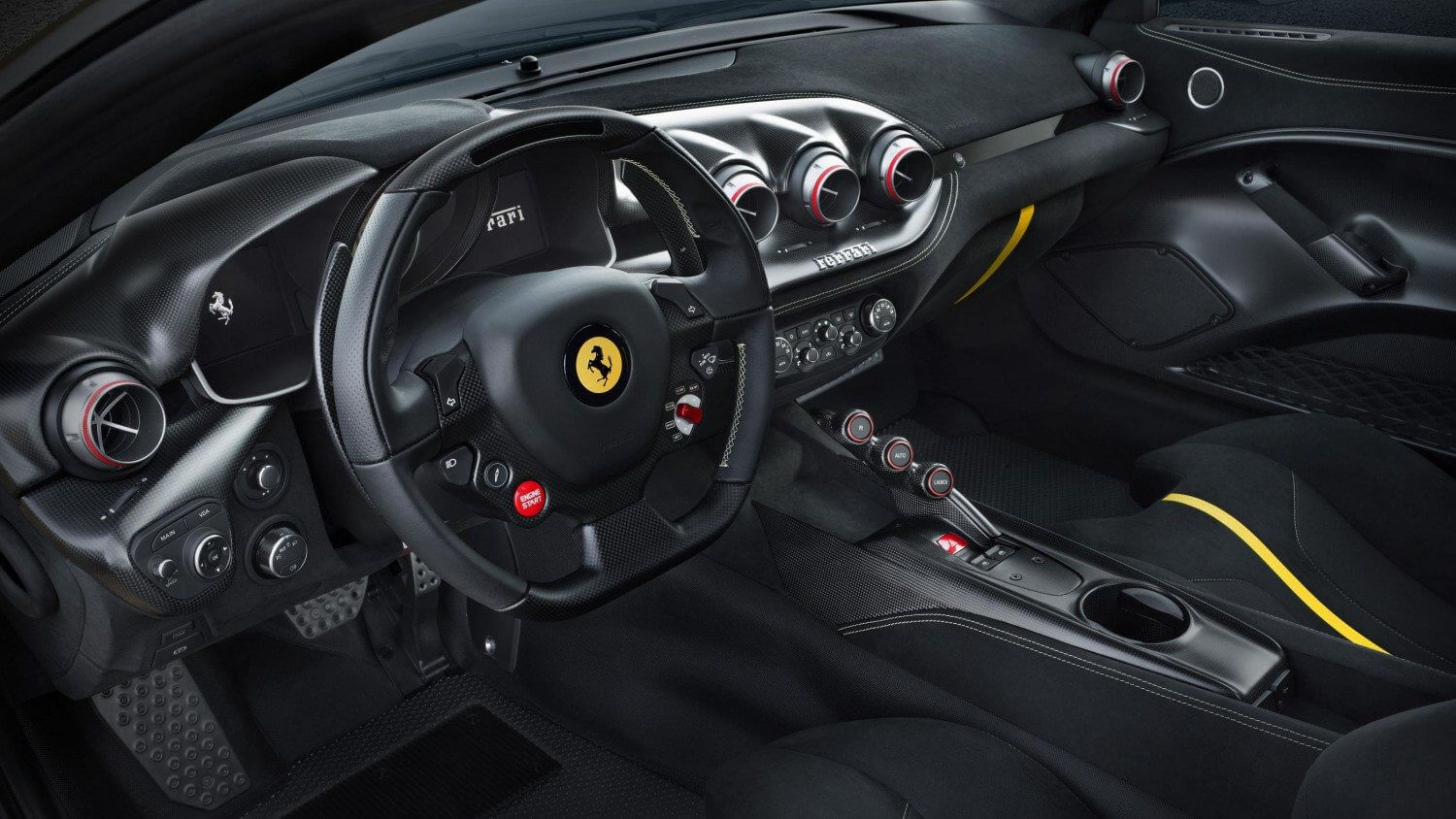 The result is 30% more downforce and double the aerodynamic efficiency of the F12. Oh and course there’s many carbon fibre and much weight savings. It’s about 110kg lighter than F12, tipping the scales at 1415kg. Not bad for a big V12 supercar.

As with other hardcore Ferraris, the weight savings can be seen inside. There are no carpets, just aluminium plates. The door panels are carbon fibre pieces and there isn’t even a glovebox. Instead there’s knee padding for the passenger. A nice touch. And leather has been replaced with Alcantara. It’ll be strictly limits to 799 units. Expect prices to be significantly more than the $693,100 asking price of the F12 Berlinetta. This or an Aventador SV?