It could be a nervous few weeks for Wellington’s Sloan Frost as anticipates the distinct possibility of winning his first New Zealand Superbike Championship crown.

With another unbeaten run, this time at the third round of four in the 2016 national series at Levels Raceway, near Timaru, the 34-year-old Suzuki star has further strengthened his grip on the premier title

Frost captured two race wins in the glamour superbike class at Levels Raceway – the weekend reduced from three to two races for each class after a serious crash incident on Saturday – and he now leads the series by 43 points over Christchurch John Ross, who is locked in a see-saw battle with nine-time former superbike champion Andrew Stroud, of Hamilton.

All three men are on board virtually identical Suzuki GSX-R1000 machines.

“Just a small change in temperature can make such a big difference with regards to tyre choice and it was really just a matter of getting that right,” said Frost.

“After that it was just a matter of riding my own race, checking my pit board each lap and staying in front.

“There are four races to go at the final round (at Hampton Downs on March 5-6) and I’m feeling confident. That’s my strongest track but there is still 100 points up for grabs, so it’s not done and dusted yet. I need to ride smart.”

Ross twice finished runner-up to Frost on Sunday and that was enough for him to leapfrog back past Stroud, who finished fourth both times on Sunday.

Stroud was beaten to the finish line by Whakatane’s Tony Rees in race one on Sunday, while Taupo’s Scott Moir took the third spot in race two.

The riders now have more than a month to re-gather their thoughts and re-tune their motorcycles as they prepare for the fourth and final round of the New Zealand Superbike Championships at Hampton Downs, near Meremere, on March 5-6. 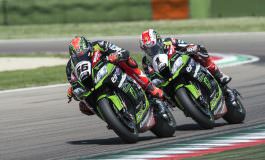 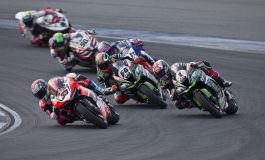 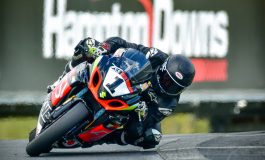