Although to the die hard fan of Formula 1 testing is our first taste of the season to come and we revel in the news of new liveries, nose cones and wing variations we never really learn much until Melbourn. Finally we get to see how the new cars and driver line ups perform under the pressure of a full race weekend. So with the first race of the season behind us, what have we learnt as we build up to Bahrain in just a few days time? 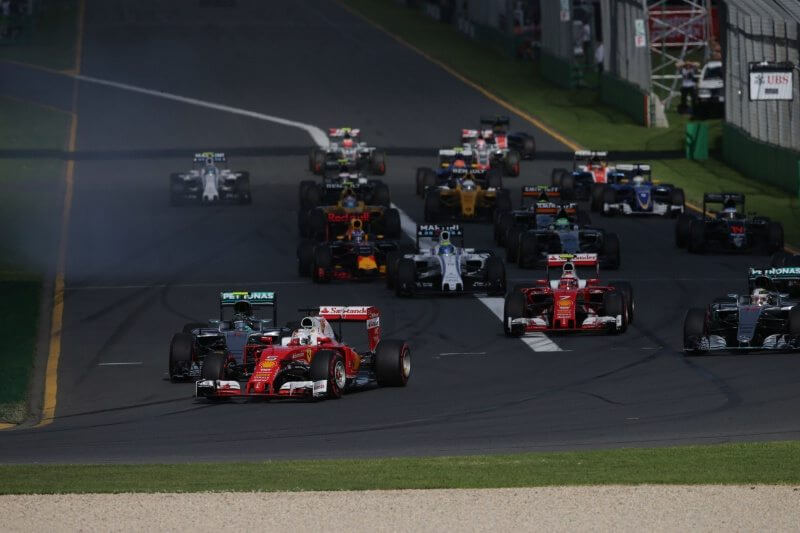 Hamilton was easily the favourite entering Melbourn with his blistering pace in both practice and qualifying, but as we have seen since manual starts were reintroduced to the sport. Hamilton can not get it right. Infact it can be said that Mercedes as a team have a lot of work to do on that split second where the lights go out. Both their cars were off to a decidedly average start to the race. Meanwhile, main adversaries Ferrari seem to have the process down with both drivers nailing the start and pulling to an early lead.

The start was so good that I had expected 4 time Champion Sebastian Vettel to lead for the entirety of the race. Unfortunately for him fernando Alonso has terrible luck and zigged when he should have zagged resulting in what hopefully remains the most spectacular crash in the season. On an attempt to pass Hass F1 driver Esteban Gutierrez that resulted in his car entering the gravel sideways at an excess of 180Mph where it dug in flipped and barrel rolled through the air into the barrier. Fortunately Both drivers were able to walk away uninjured. A true testament to the safety regulations in the current modern day iteration of the sport. Though the crash ultimately had little impact on the divers, it did have a massive impact on the race itself, bringing out the red flag and essentially scuttling Ferraris ship at the midpoint of the race.

Ferrari, however, only have their self to blame as their choice to go for the softer tyre in an attempt at a more aggressive strategy failed to deliver and left their remaining car, after Kimi Raikkonen’s engine failure, with the near impossible task of making to the end of the race on very worn tyres.

The race concluded with Rosberg in the top spot, followed by teammate Lewis Hamilton who could only manage second after struggling with pace all day and Sebastian Vettel maintained third for Scuderia Ferrari. 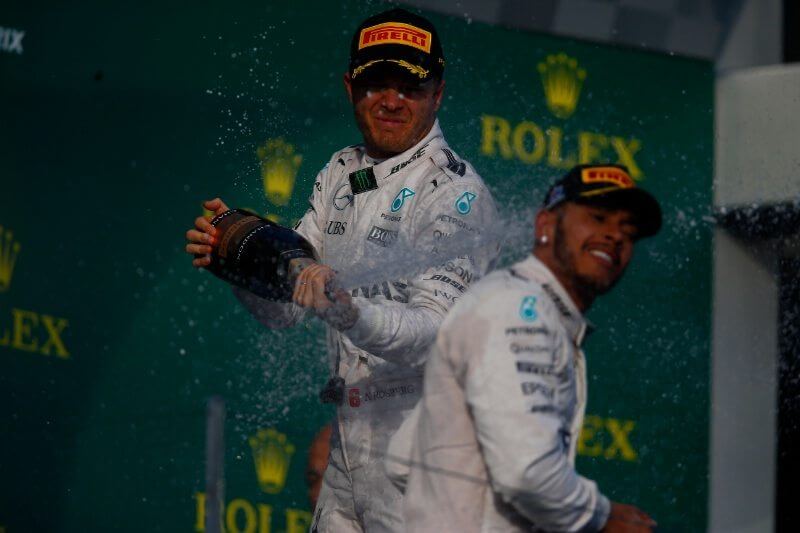 So what did we learn from Melbourn? It seems that this year has picked up directly where the last ended. Rosberg has done the work and was able to match Hamilton on performance whereas Ferrari might not quite be up to the pace of the Mercedes over all but have that famous Italian passion in full force this year which leads me to only one conclusion. This year is looking to be the closest yet in this current formula. Though don’t be expecting to see much more than the usual three drivers for the majority of the season.

Manual starts, tyre choices and radio restrictions may help close up things at the top but we won’t see any real changes mixing things up until the 2017 season which brings with it smaller wings, fatter tyres and much more reliance of drivers ability to keep the cars on the track. Power units will have alterations too leading to a more even playing field on development where this formula has favoured Mercedes having been developed in conjunction with the team from the start.

So how are you cheering for this year. Will Hamilton get get his fourth title or is it Rosberg’s turn this year? Do you think Ferrari’s determination and passion will win Vettel his 5th championship? Let us know in the comments.
-Images: Crash.net