It was like one of those perfect storm scenarios, for a Car Guy. Shortly, I will have a 40 minute drive from home and sometimes (which is enough for me) my wife needs our daily driver, so how on earth would I get there? Oh yes, time to buy a second car.

We at Drive Life do have a bit of luxury in that quite regularly we will have a new car on test, and don’t get me wrong; there have been harder moments in life than someone giving me the keys to a 350Kw Chrysler SRT for a week, with a full tank of gas.

But this doesn’t happen every week, so there was no way around it – we would have to buy a second car. Well not quite second, there is the ’65 Sunbeam Tiger V8 in the garage and the other car tucked away in a garage at 90 Mile Beach, oh and the BMW bike. But still, a chance to buy a used car was calling me loudly. At least that’s what I told my wife.

The other reason for this is that my daughter is turning 16 this year and is desperate to get her license (no idea where she gets that from) and so even better, it would simply have to be a manual.

I have had a longing to go out and buy a used Euro for some time. Call me a masochist but it wouldn’t be our sole car so I could afford it to be not perfectly reliable. I also heard someone say (was it Mr Jeremy Clarkson?) that a man must own at least one Alfa Romeo in his lifetime. Good advice, at least that’s what I told my wife. Some called me crazy, used Euro cars are like throwing money in the toilet they said, with depreciation and repairs costs.

Could they be wrong? Other people say a euro car is just a reliable. After all, look how many they sell in Europe alongside the Japanese and Korean cars…

The downside, which I also consider an upside: my budget is $5,000, so depreciation isn’t a concern for me really. Repair costs? Having the excuse of a series of ongoing articles made me think I could find some car-friendly repairer that would be happy for any exposure in an article. At least that’s what I told my wife.

So like all men, off I went to TradeMe, Autotrader and Turners and started the hunt.

The surprise? There is a great selection of used Euros to be had at that sort of money, even in the smaller town of Wellington.

Let the Standards be set

I do have some criteria. Four cylinder only, and nothing too old – 1997 or newer is as old as I want to go. A New Zealand-new car would be great, working air con is a must and having cruise control for that long motorway drive five days a week would be handy.

Here’s my initial selection and thoughts. Please, your advice/suggestions of other Euros would be appreciated!

The $5K Euro Challenge is on! With 146K on the clock and priced at $4990, this lovely Alfa is right up there on my list. Red (naturally), nice factory alloys and looking very tidy. 2003 is newer than some of my other selections too. Air bags and air con…very tempting.

Sure it’s an imported car, but the cam belt was done at 109K. Could this be The One? A dealer car this one and priced at $4500. Getting older in years though and the 238K on the clock scares me a little. 1.9 litre motor and New Zealand new, so has that going for it. Another dealer car, but a bit boring looking. 140k on the clock and another New Zealand-new car, so bonus points for that. At $4995, it just scrapes in under my budget. Compared to the Alfa though? No comparison! 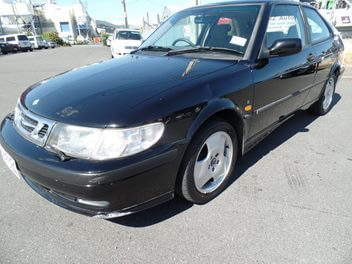 This is the one I keep coming back to. New Zealand-new, one owner, 114K on it, 3 door in black with the lovely 3-spoke Saab alloys, cruise, air bags, heated front seats…what’s not to love? The cruncher? It’s $3995, which to me is a bargain. If this was a horse race, this is the favourite. This is likely leaning more towards my daughter than me, she loves the Beetles. A manual of course and in a nice metallic blue (not grey – yes!). Another New Zealand-new car and travelled 140K.  ABS, airbags, electric sunroof, and priced at $5000. Is this another bargain?

Your assistance is required

Please people, I need help. Do I buy a boring, silver non-euro car (kill me now) or take this chance on a nice euro that has style, and some sort of character? Comments appreciated!

The next step of the $5K Euro Challenge? Other than waiting on your advice, it’s time to pick my top 3 and take them for a drive. Will my Alfa dreams be ruined?