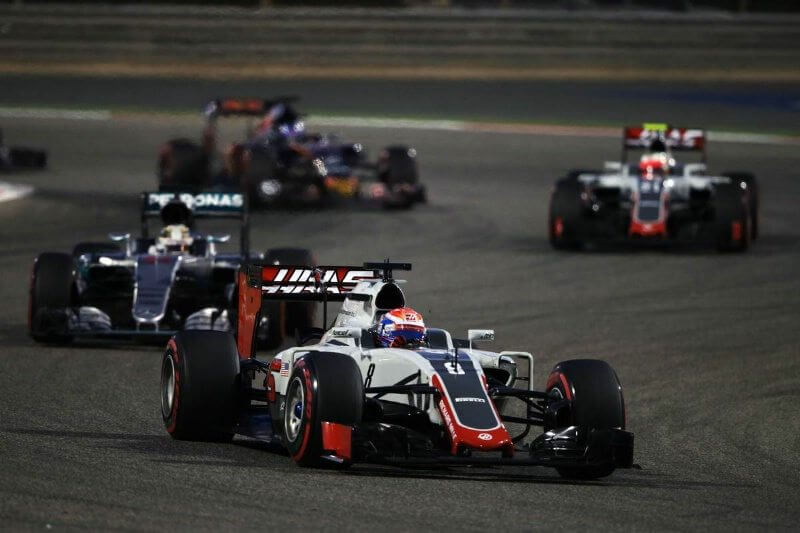 Bahrain seems to favour the methodical drivers and punish the passionate ones. As Lewis Hamilton can attest to. Not only is he being outshone by team mate Nico Rosberg on the starts but he seems to have a bit of a target painted on his car this year. However the real misfortune in this Grand Prix fell on sebastian Vettel before the race had even begun as his turbo gave out at the start of the parade lap ahead of the starting grid. Ferrari still showed pace in the race with Kimi Raikkonen continuing his good fortune in Bahrain coming in second to the dominant Nico Rosberg. However that just leave conversations open to what might have been should Vettel have remained in the race after showing very convincing times in practice and qualifying. 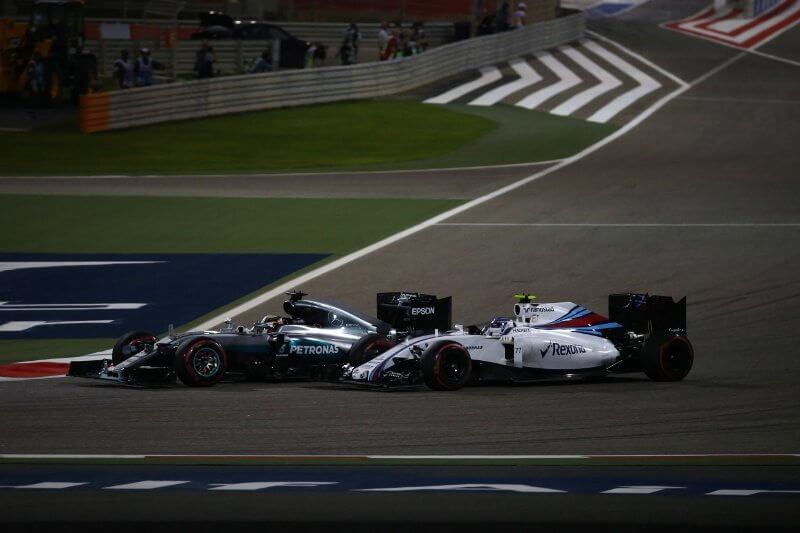 This brings us back to Hamilton, who drove an incredible race considering his setbacks. Once again he seemed to struggle with the start wich left him open to attack from the Williams of Valtteri Bottas. Literally as it turned out when Hamilton cut across to tackle the first corner and Bottas hid his side pod littering the track with debris and leaving Hamilton with a serious aero disadvantage for most of the remainder of the race.

Later it was revealed that the team left Hamilton out  longer than they normally would with front wing damage as they were gambling on a safety car that never came after the first corner shunt.

Despite all this Hamilton still managed to wrangle third on the day bringing more points Mercedies way and opening the gap to Ferrari who have only brought home one car in both opening races respectively.

The really impressive racing however, as is the current state of F1, was all happening mid field with battles between Torro Rosso, Red Bull and F1 newcomers Haas Racing. Has proving that Melbourne wasn’t a fluke with Grosjean coming in fifth behind Daniel Ricciardo’s Red Bull.

Even Mclaren had some points come their war with stand in driver Stoffel Vandoorne taking home 10th place in his F1 debut. As the championship starts to take some shape it is obvious that Mercedes are still the team to beat, but the real question is, will Ferrari find the consistency in reliability to truly take the fight to the current world champions? Well we still have nineteen races to find out.