That’s it then. Maserati, Aston Martin, Jaguar and the sort should just pack their bags and give up on the fast four-door game because finally the Porsche Panamera actually looks… good. I never thought I’d ever say that publicly on the internet but there you go.

The second-generation “sedan” from the sporting Stuttgart brand has gone through a makeover transformation that’d make Hollywood envious. Its styling comes from the 2012 Panamera Sport Turismo Concept (a wagon-shape Panamera is also on the cards) and it’s all the better for it. The Panamera v2.0 is actually longer, wider, and taller than the car it replaces but manages to look sleeker. That could be due to the more sloped rear. It’s at the rear where there the biggest improvements have been made. Gone is the J-Lo sized bum and in its place is a more refined, prettier, and taut rear end that’s very 911-esque. The top-of-the-line Turbo still gets a split rear wing too.

The side profile is more 911 than elephantine, again you thank the more sloped rear end. It’s still unmistakably Panamera only softer around the edges. Round the from the Panamera has a very Porsche looking face with intakes similar to those on the new 718 Boxster. LED headlight technology have allowed the designed to give it a less bulbous headlight shape. But enough about the way it looks, because we can all agree it looks better than before. Let’s talk numbers. Initially the Panamera range will consist of the 4S, 4S Diesel, and Turbo with other variants joining the range later on. The Panamera sits on an all-new ‘MSB’ platform which will also be used as a base for the next generation Bentley Continental GT. 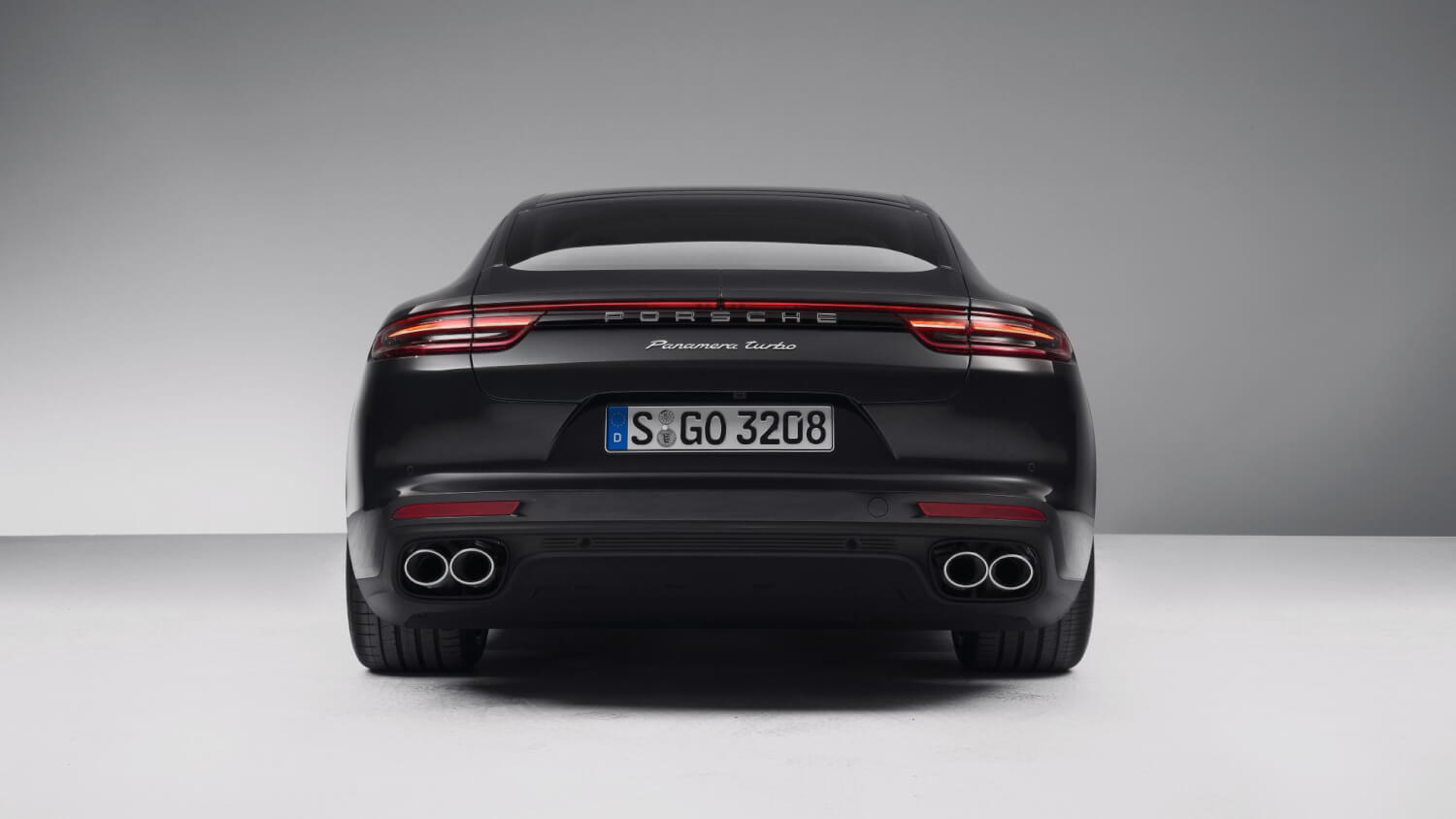 It’s got the badge, it’s got the looks, and it’s got the power. But wait, there’s more. Che out the interior. Isn’t it gorgeous? In true Porsche fashion the design is an evolution of the existing interiors but that’s no bad thing. There’s a bit of 918 inspiration in there with touch sensitive controls. A large 12.3-inch screen dominates the centre console while the physical rev counter is sandwiched between two 7-inch LCD screens.

Porsche hasn’t given the weight of the new Panamera but it should still be agile enough due to a new electromechanical steering system, four-wheel steering, three-stage dampers for the air suspension, torque vectoring, and active roll stabilisation. There’s also something called InnoDrive which is set to bring autonomous driving into the mix. That’s not very Porsche though is it? So, the new Panamera. The order books have opened for them with deliveries expected early next year. Will you be lining up for one?