2016 has been a crazy year so far. Not just in terms of what’s going on around the world, but in terms of the cars that have been released this year. From hypercar launches to hypercar events, it’s hard to ignore the growing demand for these multi-million dollar cars.

This year we’ve seen the launch of the Koenigsegg Agera RSR, Pagani Huayra BC, the AM-RB001 in Japan alone. Events such as the McLaren Track Day at Fuji Speedway where there were 8 P1s (including 2 P1 GTRs), the Ferrari Cavalcade with 6 LaFerraris, and the Suzuka Sound of Engine all featured these high performance, high value dream machines.

A decade or so ago, these events wouldn’t have been possible. Even the mere thought of a car costing upwards of a million dollars and then being sold out would’ve been laughed at. That was, until Bugatti came along with something called the Veyron and showed the world it was possible. 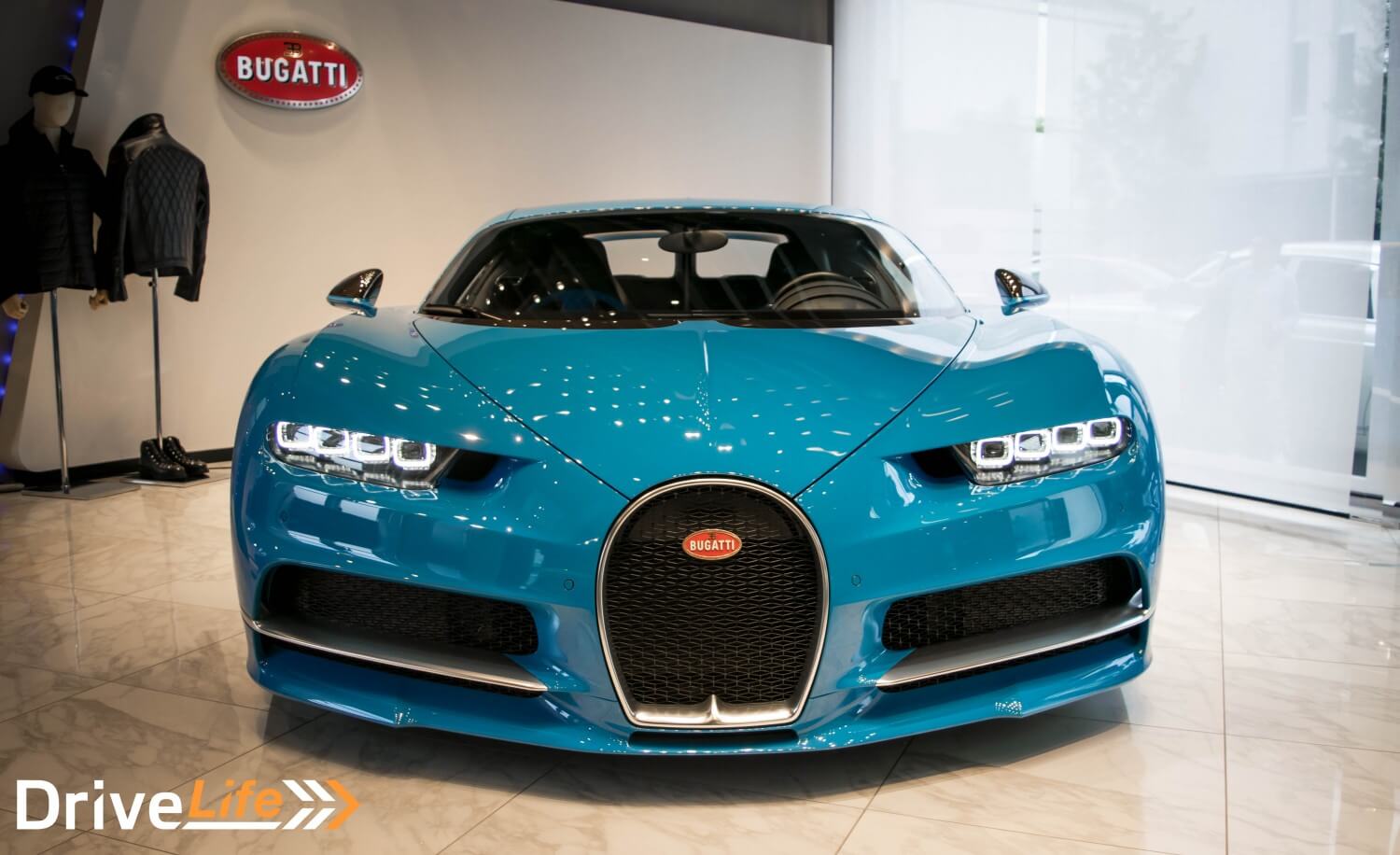 Like it or not (and how could you not like it?), the Veyron will go down in history as a monumentally important car. It pushed the boundaries of what was possible to the next level. That’s what humans and technology should be doing, pushing the limits of whats possible.

Enter the Chiron. Taking what Bugatti learnt from the Veyron project, the Chiron goes above and beyond. Powered by a 8.0-litre W16 quad-turbo engine, the Chiron’s numbers boggle the mind. There’s 1500hp and 1600NM of torque. Top speed is limited to 420 km/h “for road use”. 0-100 km/h is done in “less than 2.5 seconds”.

The Chiron is more than just its impressive engine and mind-boggling statistics. The carbon-fibre monocoque is as rigid as a LMP1 car, the transmission features the largest, highest performance clutch fitted to a passenger car, it has the best cooling system in any road car, and features the first airbag to shoot through a carbon fibre structure. It would probably take an entire book to cover all the innovations and advancements in the Chiron. But let’s go back to the simple subject of its top speed. The “for road use” bit with the 420 km/h is by no means as fast as the Chiron goes. They’ve had to physically rein the car in otherwise it’d probably rip the fabric of time and space should it get the chance to max out. It’ll be interesting to see if Bugatti will go for a new top speed record with the Chiron though.

That said, 420 km/h does seem like more than what most owners will need to go. But that’s the point of the Chiron. It’s not about need, it’s about having more. Bugatti didn’t anticipate how the market and its customers would react to the Veyron so they made it with performance solely in mind.

But as we’ve seen around the world, Veyron owners use their cars regularly. There’s a particular owner in Japan who regularly drives his champagne/silver Veyron around Tokyo most weekends. Unsurprisingly Veyron ownership comes at a price. For example, the Veyron’s tyres are so unique and special there are only four machines in the world that can change them. The machines are located in Europe, meaning a simple tyre change becomes quite a long process.

With the Chiron, Bugatti anticipated owners would use it regularly. So owners in Japan can have their tyres changed without shipping them off to Europe. That’s good news for the 10 or more customers who’ve already placed orders for the Chiron in Japan.

I visited the Bugatti Tokyo showroom in Minami-Aoyama, Minato-ku to see the Chiron in person. I didn’t know what to expect. I’ve been a fan of the Veyron but more for its technological and engineering achievements than as a beautiful design. With the Chiron though, it looks absolutely epic. If you like cars with presence, this is one for you. The way it sits, the aggressive lines, and the unmistakably Bugatti look of it makes you realise you’re around something very special. The monotone colour, called Bugatti Light Blue Sport, also added to the visual impact of the Chiron. It’s a beautiful colour that’ll look brighter under sunlight.

I’m particularly fond of the blue wheels. The front and side look like evolution on the Veyron, which is to be expected. It’s like the Veyron went to anger management classes and came back even angrier.

Round the back is where it goes all mental. There isn’t a back so much as a massive cut out for the rear lights. Everything about this car was designed with performance in mind. So the reason why the rear end of this car looks the way it does is to suck out as much of the hot air from its massive W16 engine. This is form and function working together in a sort of raging harmony. 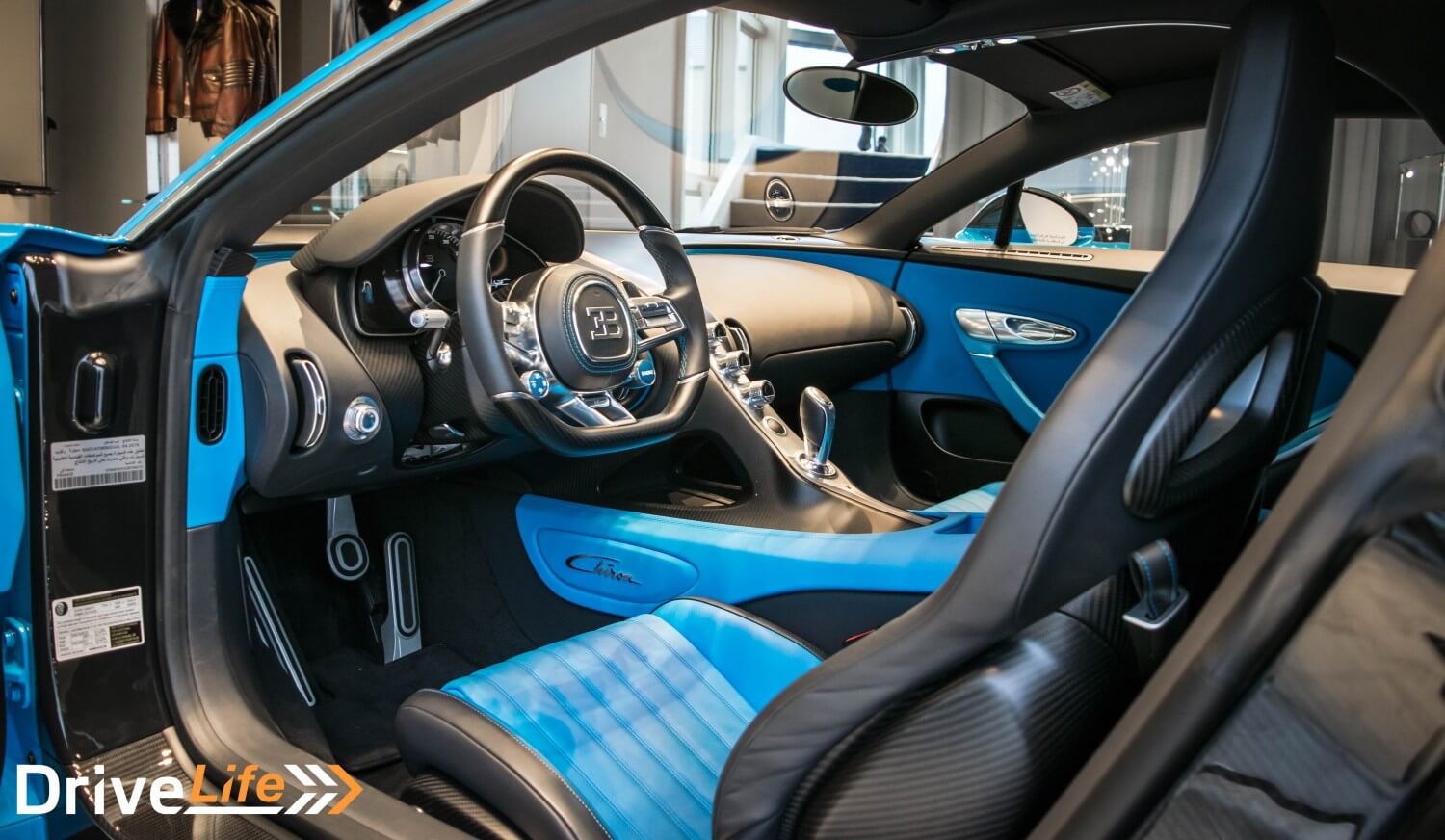 Hands down my favourite part of the interior was the ‘C’ shaped panel between the driver and passenger’s seats. It doesn’t quite separate the two in an antisocial way, but it adds to the ambiance of the cabin. I especially like the LED strip that runs down it.

While in the showroom, I had a chat with Takuma Suzu, Media Relations Managing Director, about the Chiron and the Japanese market. According to Mr. Suzu, Bugatti Tokyo have received more than 10 orders for the Chiron, surpassing the number of Veyrons in Japan. That’s quite a positive sign considering the waiting time for the Chiron nowadays is between 2-3 years. 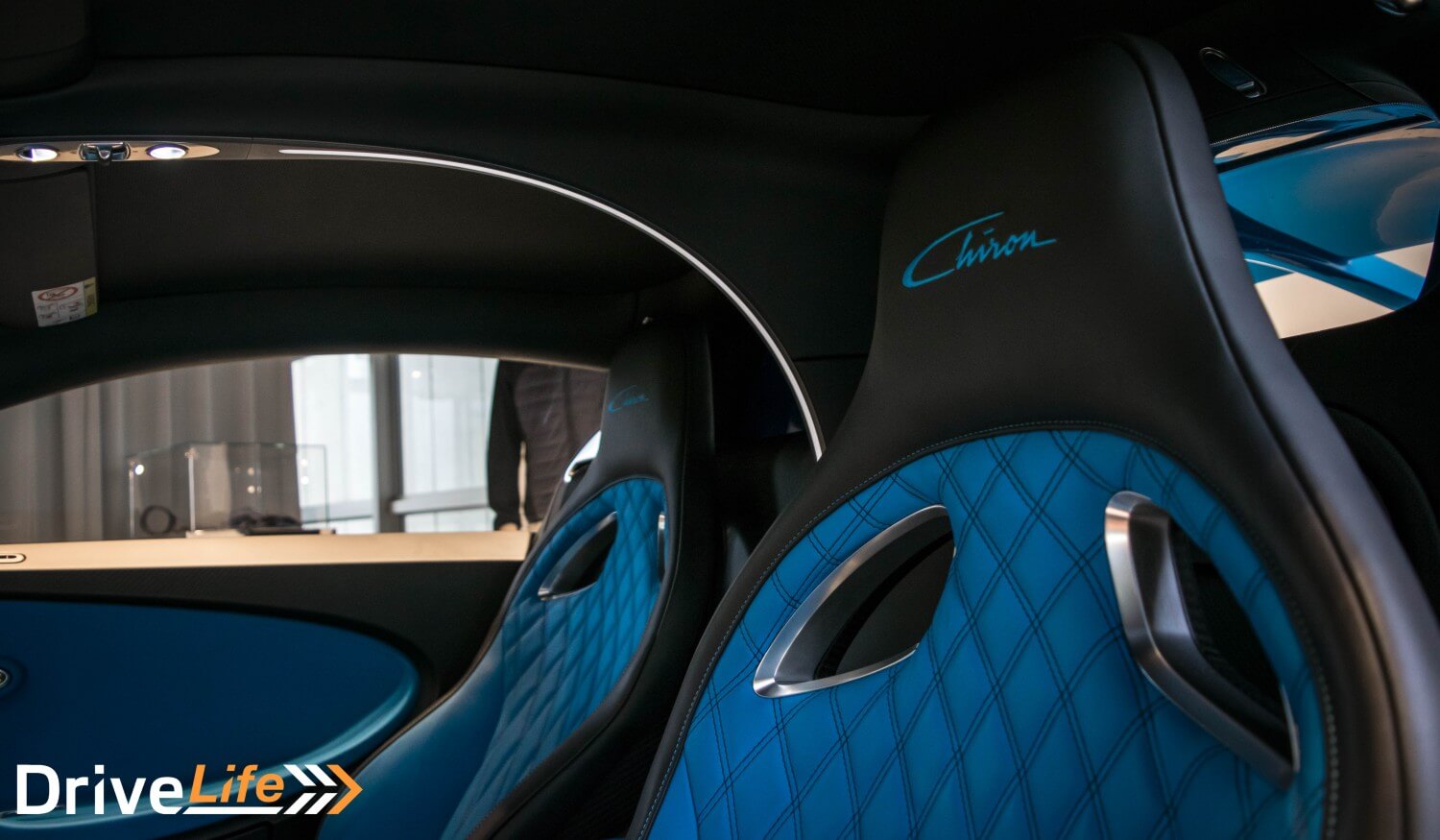 When the Chiron was first unveiled at the Geneva Motor Show earlier this year, 150 orders were placed then and there. Since then Bugatti has received more than 200 orders. At this rate the Chiron’s 500-unit production run is expected to “sell out faster than the Veyron”, Mr Suzu said.

In Japan, Chiron customers are split 50/50 between new and existing Bugatti owners. Interestingly, Chiron owners on average are younger than Veyron owners. There are various reason but I have sneaking suspicion people have now realised the significance and importance of Bugatti as a brand and as a car.

The Chiron’s starting price is €2.4 million (NZ$3.6 million). However, expect that to rise once you take into account the seemingly endless personalisation and customization options. For example, should you wish, you can have your Chiron with painted carbon fibre body. Not paint on carbon, but paint infused with the carbon fibre weave. An expensive option no doubt and one that’ll add to the build time too. But I’m sure the end result will be worth it for some. Chiron owners can also spec their cars with Monotone or Duotone paint schemes. Whereas most Veyrons were duotone to pay homage to Bugatti of old, Bugatti expects more numbers of Chiron to be monotone to emphasize the signature ‘C’ shape.

During our chat, the Chiron had a demonstration start up in the showroom. At first I thought the ground underneath was going to collapse. The start up sounded like god’s jackhammer was hellbent on making the earth shake. It was Old Testament brutal. I absolutely loved it.

Bugatti Tokyo will be looking after all new and existing Bugatti customers in Japan. From sales to servicing or even just buying Bugatti Lifestyle products. I’m looking forward to seeing more Chirons in the near future, or better yet on the roads of Tokyo. 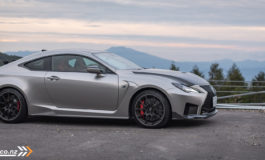 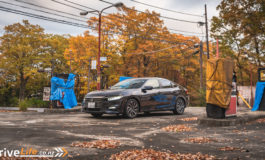