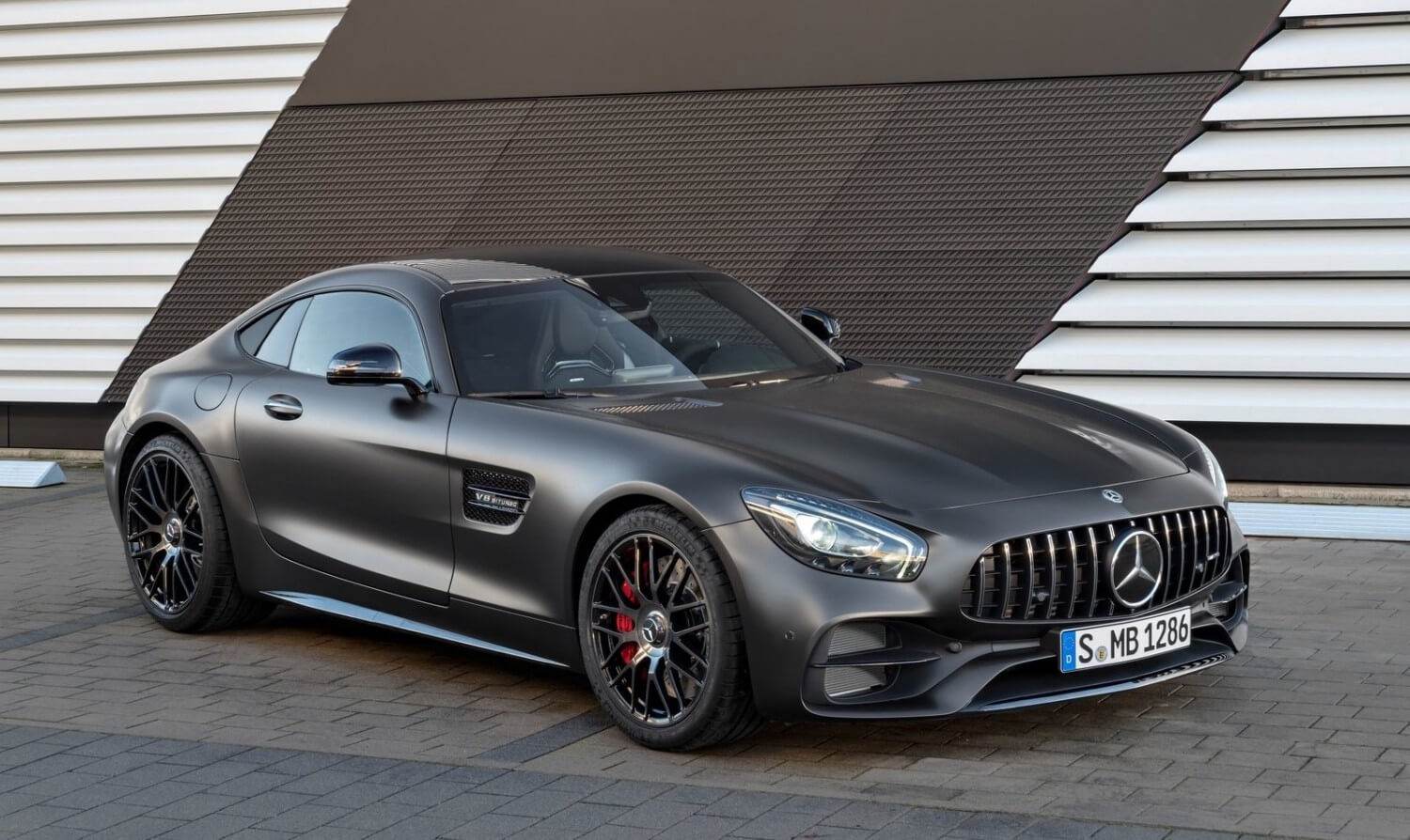 It only seemed like yesterday the Mercedes-AMG GT was launched. It was one of the first car launches I attended in Japan, and that was less than two years ago. Now, we’ve got a facelift GT and a new variant in the form of the GT C.

The GT C fits into the AMG GT range rather awkwardly above the mid-range GT S (which in turn sits above the base GT) and below the hardcore GT R. So as you’d expect, the performance and pricing is reflective of its position in the range.

Apart from the power difference, the GT C takes more from the GT R than it does from the GT S. So in the C you’ve got a wider track (57mm to be exact) and a wider bum as a result, as well as the GT R’s rear-wheel steering system.

Both the GT S and GT C get AMG’s Ride Control suspension which comes with adaptive and adjustable dampers, compared to the GT R’s more hard edged coiler springs. Additionally, the GT S and above get an electronically controlled limited slip diff, whereas the GT has to make do with a mechanical one. Speaking of the GT, the rest of the range also get some cosmetic and performance enhancements. The GT and GT S now have the new ‘Panamericana’ grille design and revised from bumpers and there’s a mild power hike. The AMG GT is now at 470hp while the GT S is up to 515hp.

I do like the power increase, who doesn’t? But I’m still not sold on the new bumper. The current design is pretty much perfect in my eyes and this new, more aggressive look seems like a step in the wrong direction. Okay, it suits the more aggressive GT R but I reckon the rest of the GT range should’ve kept the more elegant looking design.

Across the board, the GT range gains the ‘Airpanel’ air management system from the GT R which opens and closes louvres to help cool the car and aerodynamics depending on the situation.

From one useful feature to one that’s there purely for fun is the ‘AMG Track Pace’. Basically a lap recorder, it’ll register your steering angle, speed, acceleration and so on as you lap your favorite track. It can even share your statistics on various social media sites such as Facebook and YouTube for your friends and the rest of the world to see how interesting you are. That said, in a 500hp+ rear-wheel drive sports coupe, it’s probably best to only use that system on track and not on a public road.

But let’s get back to the GT range and use the Porsche 911 range as a guide. I know, that’s not exactly the easiest range to follow but bear with. So you have the base AMG GT and GT S as sort of like the Carrera and Carrera S equivalent. At the top end of the range is the GT R, which is a track focused road car similar to the 911 GT3. The addition of the GT C which fits in between the GT S and GT R is sort of like how the 911 GTS fits in between the Carrera S and GT3. Then that’s before we get into the Roadster versions…

So, that’s the 2017 AMG GT C and GT range. About two years on from the AMG GT’s launch, we’ve got this update and a total of six different variants (GT Coupe, GT Roadster, GT S, GT C Coupe, GT C Roadster, and GT R). What do you think of Mercedes’ GT strategy? Is good they’ve got one for everyone or should they have kept it simple?

The GT C and the updated AMG GT range is expected to be launched later this year.