Let’s take a step back to 2009. The world is bleak. The Global Financial Crisis has hit the world hard. General Motors, a symbol of America’s corporate might declares bankruptcy. In their restructure GM sells off its Saab brand. It also considered selling Opel/Vauxhall to Magna.

However, GM realizes the importance of having small car experts Opel/Vauxhall for the European and Asian markets and keeps them in their portfolio. Opel also manufacture cars sold as Buick and Holden in other markets.

Enter GM’s current CEO Mary Barra. Since taking the helm at the world’s third largest auto maker, Barra has had a “strategy of putting profitability and returns on invested capital ahead of market share” according to reports from Reuters.

GM have struggled in the European market. Their decision to sell off Saab was an indication of this. GM have also pulled the Chevrolet brand out of Europe where it was performing poorly, and have also exited Russian and Indonesian markets.

This is where PSA (the parent company of Peugeot, Citroen, and DS) comes in. They’re currently in early talks with GM to purchase Opel/Vauxhall brands. Such a move would push PSA ahead of Renault SA as the second largest auto maker in Europe, behind Volkswagen AG giving PSA a 16.3 percent stake in the European market.

The French Government, Chinese manufacturer Dongfeng, and the Peugeot family own equal 14% shares of PSA.

A deal of this scale involves more than just executives of auto makers. The deal would have to involve government officials of Germany, France, and the United Kingdom. Any sale of Vauxhall would also have to have consideration for deals post-Brexit.

There’s no denying a deal like this would involve layers upon layers of negotiations, meaning there won’t be a finalized deal anytime soon. There’s no word on how much GM plans to sell its European division off yet.

Both the German and French governments have voiced their support for the deal, according to Reuters. GM Europe employ around 19,000 people in Germany and 4,500 in the U.K.

The British government have concerns for the future of the 4,500 employees in the U.K. “We are in close contact with GM as we closely monitor the situation” said a spokesman or the British Department of Business to Reuters.

With the U.K. being the second largest market in Europe for auto sales, if the PSA-Opel/Vauxhall deal pushes through, a case could be made for PSA to take advantage of the factories in the U.K. to manufacture some of their products there to avoid any extra Brexit costs.

While little is known of the deal, Bob Lutz, former Vice-Chairman of GM, speculated to Reuters that GM would structure a deal that would leave the possibility of product joint-ventures in the future and export of Cadillac and Chevrolet models to Europe.

The sale of their small car experts might harm GM, if it weren’t for the growing ties with their partner in China, Shanghai Automotive Industry Corp. (SAIC). According to Reuters, GM are engineering a new lineup of low-cost vehicles for Asia and Latin America with SAIC.

Using the potential funds from the sale of Opel/Vauxhall, GM would be able to fund future projects and business in North America and China, according to Lutz. It would also fall in line with Barra’s strategy of having a more concentrated GM, a smaller and more profitable business. On a more local note, “It is very much business as usual for GM Holden in New Zealand” said Ed Finn, General Manager of Corporate Affairs for Holden NZ. Holden currently source the Astra hatch, Astra Coupe, and Cascada convertible from Opel. The next-generation Commodore will also be Opel-sourced and is due for a 2018 release.

GM’s local NZ arm are preparing for the launch of the next generation Astra, the winner of the European Car of the Year 2016. The sale of Opel/Vauxhall will only be limited to GM’s European division. It’s very unlikely GM will also sell off Holden but with Holden ceasing local production of engine and vehicles later this year, Holden will need to source its vehicles from the rest of the GM family.

It will be interesting to see this deal develop in the coming weeks and months and what it means for Holden too. It’d be unprecedented if GM didn’t take necessary steps to ensure a future for Holden to source vehicles from Europe, Korea, Thailand, or elsewhere. 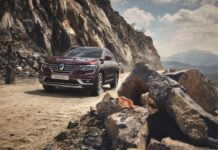