Now of course most will agree that one of the main things that makes a supercar a supercar is the sound, and that as we all know comes from having the right engine.

As I mentioned in our first post, Zac and I discussed the engine choice over and over we both agreed it needed to be a V10, or V12. Nothing against all the other V8 supercars out there, but I just don’t think they sound like a supercar should.  Whilst doing some research into what V12 options there were out there I ended up on Ebay and looked through some amazing options including a brand new engine from a Ferrari Enzo, but $100,000 USD wasn’t within our budget ! 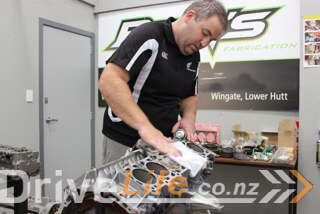 Please bear with me on this story, but it was so unbelievable that I needed to share, but I swear it’s 100% true.   Anyhow, back to the story.  I realised I was searching for specific brands like BMW V12 and Lamborghini V12 and I thought to myself that maybe there were some other options out there that I hadn’t considered and so searched for V12 engines and voilà, there it was!   An auction with the description of “V12 engine”   I could see straight away from the photo’s what it was.   The information on the auction said that the current owners had actually purchased it as part of a job lot from a closing down sale of a garden centre and they just wanted it gone ! It said “we know it’s a V12 because it’s got V12 written on it, but apart from that we don’t have any more solid information.   We just want it gone”.   This is the best part: they were only asking $ 600 USD !  I was able to confirm from the photos of the block that the serial numbers were from a Mercedes AMG M120 6.0L V12.  Some may know that the first Pagani Zonda actually used a detuned Mercedes version of pretty much the same engine, coming in just under 400HP. Later they would get their own version from AMG and that would grow to 7.3L, however they later returned to the 6.0L version for the Zonda R and other exclusive versions, so it’s got some real pedigree and I just know our version (500-550HP and around 700nm) will do more than enough for what we’re going to need !

So next, it was time to have a weird conversation with a Mercedes dealer in Las Vegas where the engine was located.  Trying to explain to someone that you’re calling from New Zealand and that you’re building a scratch built supercar and you’re wanting them to check out an engine on a pallet.  The guy was actually quite understanding once he realised I wasn’t playing a prank on him, but made sure that I was aware they weren’t going to give me any kind of warranty on the engine once they’d checked it, but I knew that, I just wanted someone with some knowledge to check it over for really obvious stuff before I bothered shipping it all the way to NZ.   Now I look back on it, I should have just shipped it regardless as even if it was seized up or something else bad, it still would have been worth it to use for spares !  In the end it checked out and they said they thought it was in really good condition.  The good thing about it being in Vegas was that it was a really dry environment.  I was shipping some other stuff for the NSX build from the USA via sea freight so we just got this to the same depot and it all came to NZ in about 4 weeks. It’s estimated that based on wear and condition that the engine has only done approx. 40,000km’s.   I had already purchased all of the gaskets, valve guide seals etc and a general head re-fresher kit so we went ahead and replaced all of that kind of stuff, but the comments were that it wasn’t really needed.

After quite a few days of work, cleaning, lubing and assembling, the engine started to come back together.  Something that started to become abundantly clear as we started the rebuild of this engine and that is that the concept of having a V12 is all well and good, but when you have to maintain one, all of a sudden you realise that instead of being able to buy 4 spark plugs like you might for your usual daily driver, now I have to buy 3 times that  !    Then you start looking at prices for a small item and it’s $12, you think oh yeah that’s not bad, then you realise you need to buy 48 of them!  suddenly the costs start to ramp up, but luckily since we paid so little for the engine up front it means we’ve still got a little gem for next to no money relative to a new engine.   Just for comparison to what it could have cost, I found the part number for a whole replacement engine from AMG: $69,000 USD

It was a such a fantastic process to strip this engine, clean it, upgrade it here and there, and then reassemble it knowing that one day it’ll be powering me down the road with the most amazing sound, one day!

I hope you’ll agree with me that it’s a serious bit of kit and to be honest the photo’s just don’t do it justice. When you see it in person, it’s an engineering marvel and really makes you appreciate what AMG and Mercedes have done with this engine. I’m so happy this engine basically picked itself for our project, it was just meant to be ! 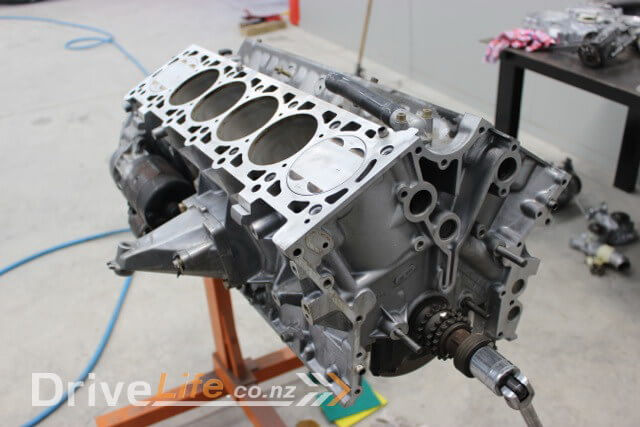 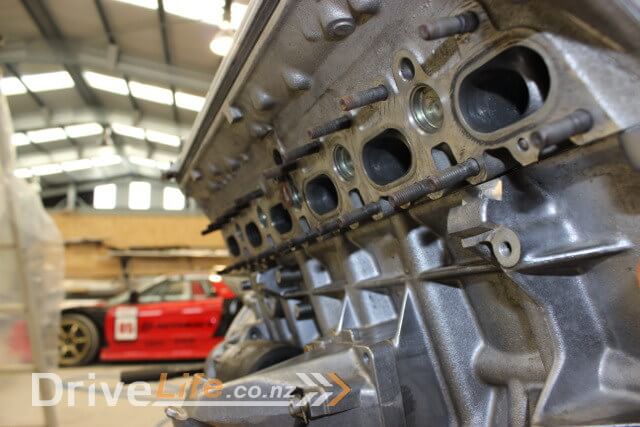 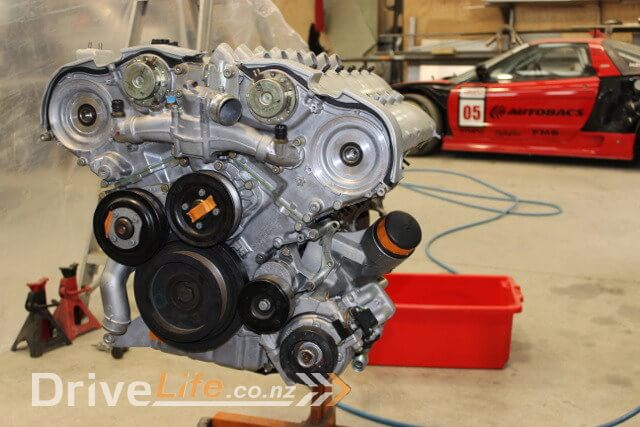 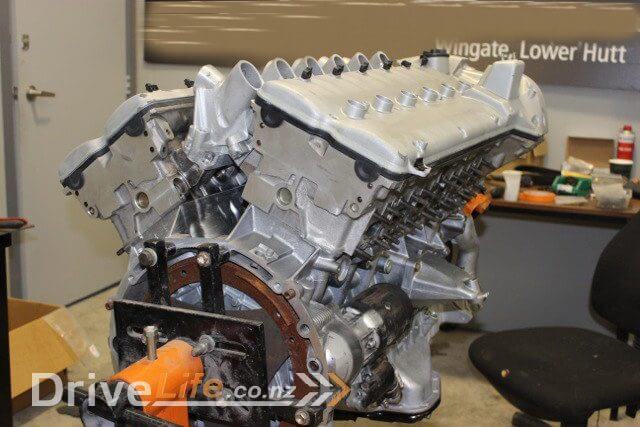 Just in case you’re wondering where Part 1 of the story is, please click here –  Part 1 – FZ12