If you’re into cars at all, you’ll know the Subaru Impreza. The halo model is of course the WRX STi which echoes the rally cars and Subaru’s racing success. But we enthusiasts tend to forget that those cars are based on an ordinary hatchback. And that’s what we have here – the Impreza Sport.

In New Zealand, there is a pretty limited range. There’s the 2.0 Sport, and, well, that’s it. Just the one trim level, priced at $29,990. The WRX and WRX STi are available but are treated as separate models. Our test car came in Dark Blue Pearl, a deep blue which has a lovely metallic depth to it when the sun hits it just right. At first glance it looks big, with a lot of similarities to the Levorg. It’s quite handsome, but there’s not much to make it stand out amongst the current generation of medium hatchbacks. Something that most people remarked on is the rear lights, which stand out from the bodywork and have a flat top. There’s enough space on top to rest a coffee cup! Maybe that’s why they are that way? The two things I noticed upon sitting in the driver’s seat were the wheel – which seems smaller than average, and has a lot of buttons. Then there were the screens: there are three – a large, central 8” touch screen which dominates the central dash, with that glossy black finish that loves to attract dust and fingerprints. Then there’s a widescreen 6.3” multi-function display at the top centre of the dash, and a 4.2” LCD in the instrument cluster. Either side of that cluster display are a large analogue rev counter and speedo. There are physical buttons and knobs for the dual zone climate control, and physical volume and main function buttons for the media system.

This car has a lot of buttons! But saying that, I never felt I had to hunt for anything. It looks like a lot at first but it’s not excessive because they all make sense. On the steering wheel there are buttons for the cruise control on one side, stereo and phone on the other, and there more at about 7 o’clock to control what’s displayed on the screens.

The dash itself is quite pleasingly shaped, with brushed metal highlights and some inlaid stitching to add detail. There are padded sections on the sides of the centre console and door arm rests which help give the interior a higher quality feel. The seats are excellent – they look good, with contrasting edges and angular lines, and they’re comfortable too. Side support is good, comfort on longer trips is also good, and they’re adjustable – manually – in all the usual directions, as is the steering wheel. The rear is a similar story, and legroom is ample for two adults. As you’d expect with a four wheel drive car there’s a central transmission tunnel which means the centre rear seat is better left to smaller humans, or used on shorter trips. The centre seat belt is kept in a clip at the side of the boot and can be pulled across and through a loop to be clipped in ready for use when it’s needed.

The boot is a reasonably large 345 litres with seats up, and the 60/40 split seats can be folded down to give you up to 795 litres. When I first got into the Impreza I spent a few minutes playing with the various displays, setting them how I wanted, pairing my phone via Bluetooth – which worked flawlessly by the way. Apple Carplay and Android Auto are available if you plug in via USB. There’s even a slot that takes these things we used to have called CDs. There’s a good-sized flat area to put your phone, just in front of the USB, aux and power sockets. In the centre storage in the arm rest, you’ll find another two USB power slots and another 12v power point.

The parking brake is electronic, with a switch near the gear shifter to turn it on and off. There’s a hill hold system too which works very well and stops the car rolling back on hill starts.

In traffic the Impreza is very pleasant and comfortable. The suspension isn’t as quite firm as a lot of current cars, meaning the ride is good, but there is a little more roll on faster corners. The steering is light and quick at low speeds but has a decent weight to it when you’re having a bit of fun on the twisty roads. And you can have some fun with this car. It’s not the most powerful, and it has a CVT, but there are flappy paddles behind the wheel which make the CVT act more like a traditional auto. There’s enough power, combined with the four wheel drive to allow satisfying progress to be made. 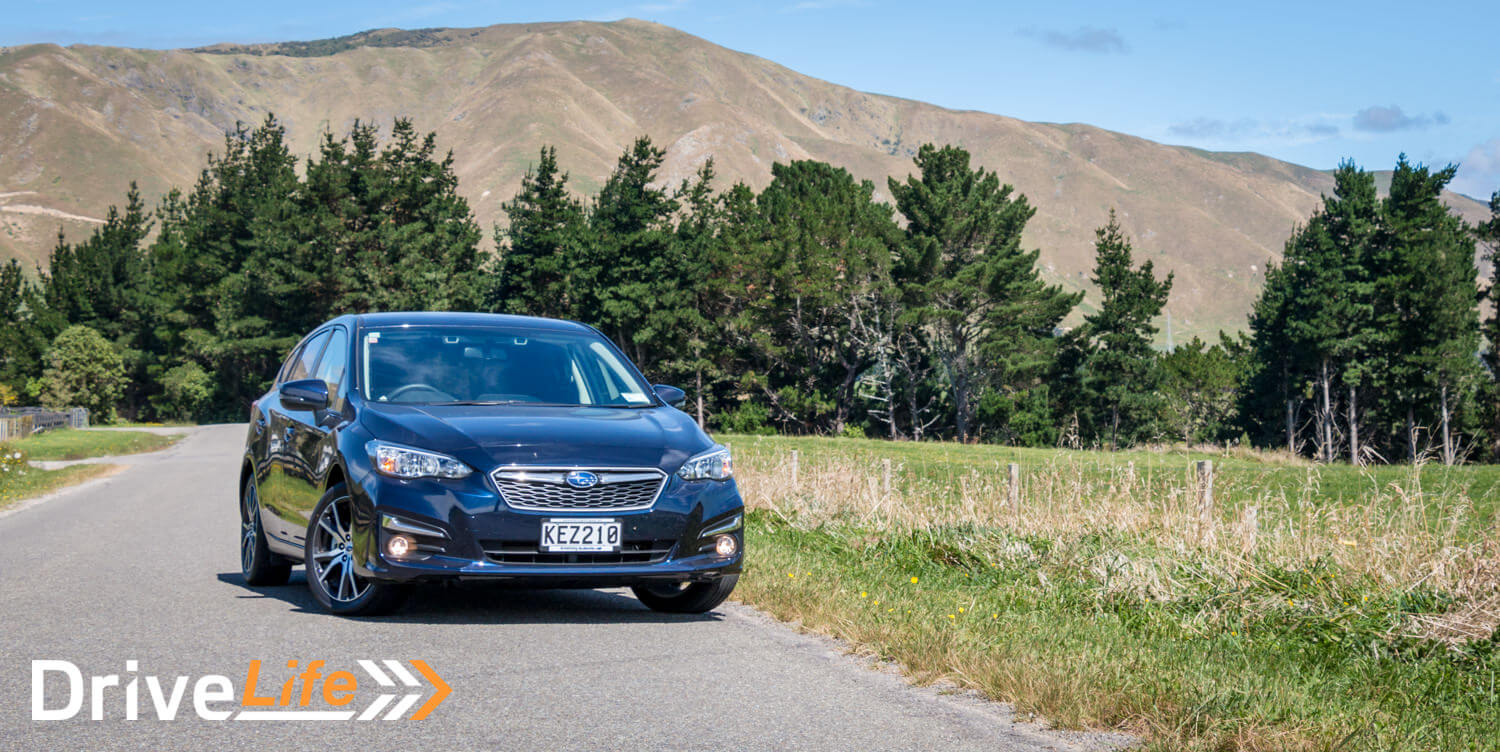 The Eye Sight system provides several features including adaptive cruise control, lane departure warning, sway warning, pre-collision braking and throttle management. There are two cameras mounted either side of the rear-view mirror which the car uses to monitor road markings, other traffic, even seeing if cars are braking ahead. In stop/start traffic the adaptive cruise is great as it’s able to come to a complete stop, setting off again with a dab of the throttle or flick of the cruise resume switch. It even switches off the engine when it stops, giving you a count of the ml of fuel saved. It can sometimes be a bit jerky with the way it sets off and stops, but generally it’s really good.

Talking of the stop/start function, when I stopped at lights it often stopped the engine then immediately started it again. Sometimes it worked as it should, so maybe it was because I had the aircon running on hot days. It was a little annoying though as the boxer isn’t the smoothest of starters, giving the car a bit of a shudder when it fires up. Another small irritation the car had, which might have been this particular car, is that there was sometimes a slight shudder when driving along as though the transmission was slightly changing the ratio. Not a major issue but enough to affect the smoothness of your drive and catch your attention. On the open road it’s a lot smoother. I find it much less stressful using cruise on highways, and the adaptive cruise gives me more patience when I’m behind slower cars as I’m able to let the car modulate its speed until I get to a passing lane. One thing that was a bit irritating is the car makes a small beep when it detects or loses sight of the car in front.

Another Eye Sight feature is collision warning, which gave me a couple of false alarms on roundabouts and when cars were turning off to the left. Just a series of beeps and red flash on the display which would wake you up nicely if you weren’t paying attention.

I used the Impreza for a week, doing a good mix of short trips and one long one, and managed a fuel economy of 7.2l/100km over , which is pretty close to Subaru’s quoted 6.6l/100km. I suspect if you do mostly short journeys that figure will be a fair bit higher. I picked up the Impreza for a week after Rob, my first Subaru since the Forester last year. When I found out the cost of this model, I was surprised. Adaptive cruise and all those other goodies for less than $30K? Great value.

The motor was impressive, and I thought back to my last 2-litre test car, a Kia Soul. The Impreza was far faster than that, and while I did not enjoy the Forester’s CVT, this one seemed to behave better. Tootling around town with low to medium acceleration the CVT was flawless, although when you accelerated hard it still did lots of whirring and slurring. Still, I thought it was far better than the Honda HR-V CVT I had the other week.

The ride was very good and I thought the handling/grip was a highlight. I did manage to get all four wheels to lose grip on one corner, but it will all very predictable and composed. There was some body roll when pushing it, but it responded nicely to the gas pedal.

My time with the Subaru also showed a shuddering in the transmission, it almost felt like at times it was only running on three cylinders, but pretty sure that the transmission is at fault.

The engine was noisier when it was cold than I thought it should be, but warmed up it was fine and on the motorway was almost silent. I loved having adaptive cruise, I’ve had four test cars in a row without it and it was bliss to get it again. So much less stress on the motorway.

At sub $30K (pun intended!) this is a car to add to your list if you are looking in that range – check out the comparison chart, it has the most power in the chart and the most torque for less than $30K.

The Impreza is a good value, well equipped, medium hatchback. It’s comfortable and feels solid and well built. It’s a car that does everything competently but doesn’t really stand out from the crowd. But with a 3 year unlimited km warranty and good equipment levels you can’t argue with the value. 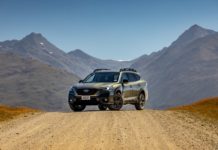 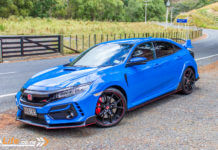