It needed to be a fight-back of epic proportions, but Wellington’s Sloan Frost and his Suzuki GSX-R1000 were up for it.

The final weekend of racing in this season’s New Zealand Superbike Championships at Hampton Downs at the weekend went right down to the wire, with Frost sensationally overcoming a massive points deficit to eventually clinch the 2017 superbike title by the smallest of margins.

Arriving at the Waikato circuit with huge points lead, it had looked almost a formality that Whakatane’s Tony Rees would go on to take the superbike title for 2017, but that’s not how it panned out in the end.

It what some might call a miracle, Frost overcame a whopping 32.5-point deficit at the start of the weekend to win the superbike crown for a second consecutive year.

Although seemingly been out of the championship chase, Frost showed he was no quitter and set about his weekend’s work by finishing runner-up to Christchurch’s Alastair Hoogenboezem in the event’s first superbike race on Saturday, while Rees struggled with disintegrating tyres and settled for fourth.

Frost then won the first of two superbike races on Sunday, while Rees again managed fourth, and this tightened the title chase to just 13.5 points with only the final race of the series still to come.

Fourth or better in that race would still have been enough for Rees to prevail but, when the last race was staged in two parts after other riders crashed and forced stoppages, Frost was able to produce two wins and Rees crossed the line in fifth both times – the title therefore went to Frost by the incredibly slim margin of just half a point.

“I had no option but to just keep on fighting until the end,” said Frost.

“I had a bad start in the first race on Saturday and then took too long to make passes and so I had to accept second position.”

But it was a fired-up Frost who came out swinging on day two on Sunday.

“I only had an outside chance of winning the title and all I could do was go and try to win races and then see how it all stacked up after that.

He effectively won both races on Sunday and, with maximum points to Frost while Rees battled to find traction, it was enough to get the job done.

“I’m naturally thrilled to make it two superbike titles in a row now. I’ll be back to defend it again next year.

The New Zealand TT titles were also decided at Hampton Downs at the weekend, with the final race for each class determining this, Frost therefore also earning the TT trophy, adding that to the GP trophy he won at Ruapuna, near Christchurch, earlier in the campaign.

Meanwhile, fellow Suzuki star Dennis Charlett, had an easier time of it in winning the pro twins title this season.

The Christchurch rider took his Suzuki SV650 to wrap up that title with a round to spare, clinching it at Taupo just over a week ago.

Charlett fans will now wait until next season to discover if the 48-year-old legend will push on and win the New Zealand formula three class title? If he does, he will have completed a grand sweep of Kiwi title wins, adding that title to the pro twins crown and his superbike, 600cc supersport, 250cc production, 125GP and Lightweight Production title wins from previous seasons. 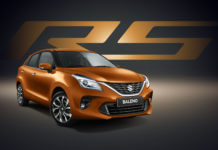 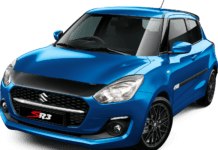 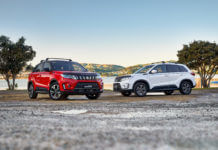