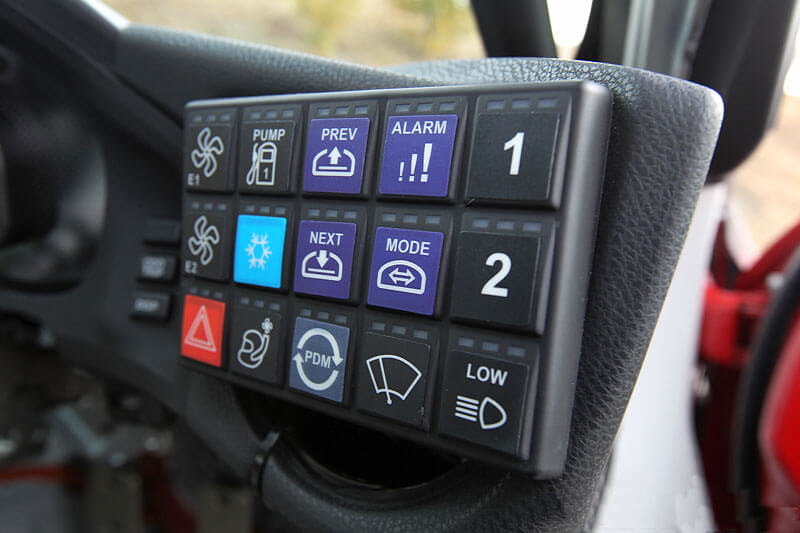 Now you would think that figuring out some kind of air conditioning setup was about the last thing that you’d need to sort up front, however, as I’m finding out with this whole build there are some things that are far more in depth than you’d think.  It all started from the fact that I wanted the interior to feel like it was a properly manufactured item.   I was determined that this isn’t going to feel like a “kitcar” in any way and I think by far the most common way to spot a kitcar is to look at the interior.   It soon becomes very obvious that it was made by someone in their shed, that’s not what I wanted.

A very smart person once said to me “if you can’t hide it make it a feature”.  Now for me the biggest issue are the buttons on a dash and the features they provide.  It’s virtually impossible to make something that’s unique to your car and make it look OEM.   Most people end up with some kind of panel and lots of buttons like a race car and it’s so typical “kitcar” but I understand why people end up there since there’s really not many other options. 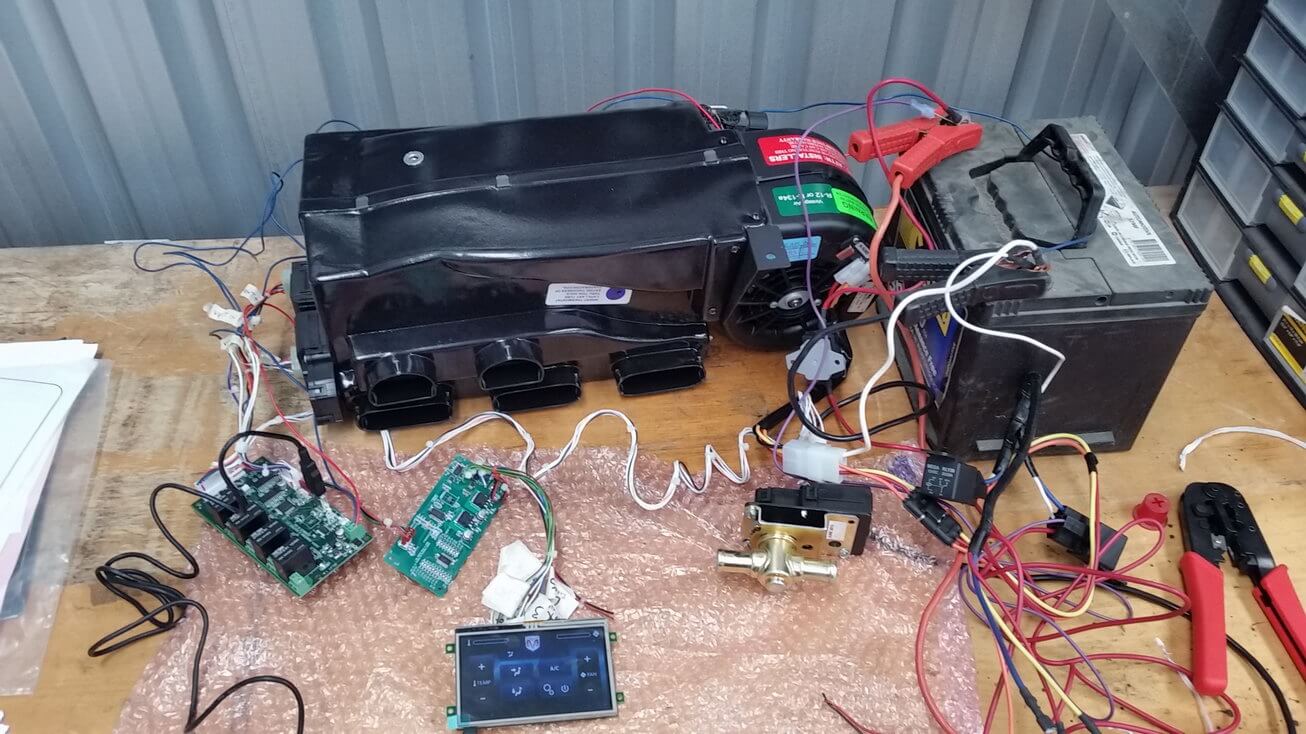 So in line with the advice above, I took the approach to actually remove the problem rather than having to struggle making the buttons look OEM, if I removed the need for the buttons I in turn remove the issue of having to make it look OEM.  Now I had to think about what other solutions there were.  I had some experience in custom car PC installations in my old modified road cars so I knew I could do a lot, if not all of what I needed with a touch screen solution.  What I didn’t want however was touch screens all over the place, but at the same time didn’t want to try and control too much with a single screen.   The solution I went for was to use a separate unit for the entertainment like music, GPS etc and then a separate screen for the air conditioning and heating system.

I found a company called Folcik Engineering who made an optional touch screen aircon controller for Holden / GM.  Some models of Commodore etc have the heater controls and audio all in one unit and so when people wanted to upgrade the audio system they can’t as they’d lose control of the aircon system.  Folcik made a small touchscreen controller that could integrate into the Holden control system and look after the aircon whilst an aftermarket stereo could look after the audio. 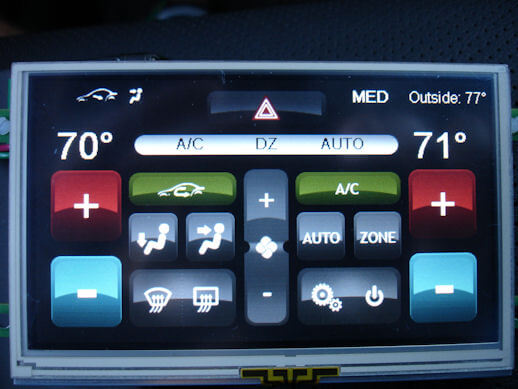 To cut a long story short, integrating a full Holden aircon system into a car that wasn’t a Holden was technically possible, but not with my own skills or anyone I could find around us, so that turned out to be a dead end.  Then whilst talking with Folcik and explaining where I was a, it turned out that Folcik had been looking to do an “independent” version of their Holden aircon controller that could work with a generic aircon unit instead of something specific like the Holden unit. It’s been a real story of this build so far that I would contact so many people who just weren’t interested in venturing outside of the square and then I’d come across someone who clearly loved what they did and was happy to do something “one off” or develop a new product they could add to their range.

So I purchased a quite common heater / aircon unit from the guys at Vintage Air and shipped it to the Folcik guys since they’re also in the USA.   The key was that it was already electronically controlled, just not with a  touchscreen.   Vintage air’s target market is putting air conditioning into older 60’s and 70’s cars so they have electronic, but old looking dials and switches.   Folcik agreed that since I wasn’t in a big rush for it, they agreed that to keep costs down that they would work on it in between other work.

A few months later we had a first version ready………. and it worked almost perfectly, but there was some of the air conditioning control functions that weren’t perfect, so it was back to work on V2.  A few weeks later we had a fully working V2 and it did everything we need. So with all of the aircon functions sorted, I talked to Folcik about an “addon” solution to their new independent controller so that I could have a couple of hidden screens that would allow me to control functions like launch control, traction control, ride height control, e-throttle, exhaust control etc.  They’re not functions that you would need to adjust very often, and they’re certainly not functions you want easily available for people to fiddle with so having a hidden screen via the aircon controller was a perfect solution and removes the last of the dials / buttons from the interior. 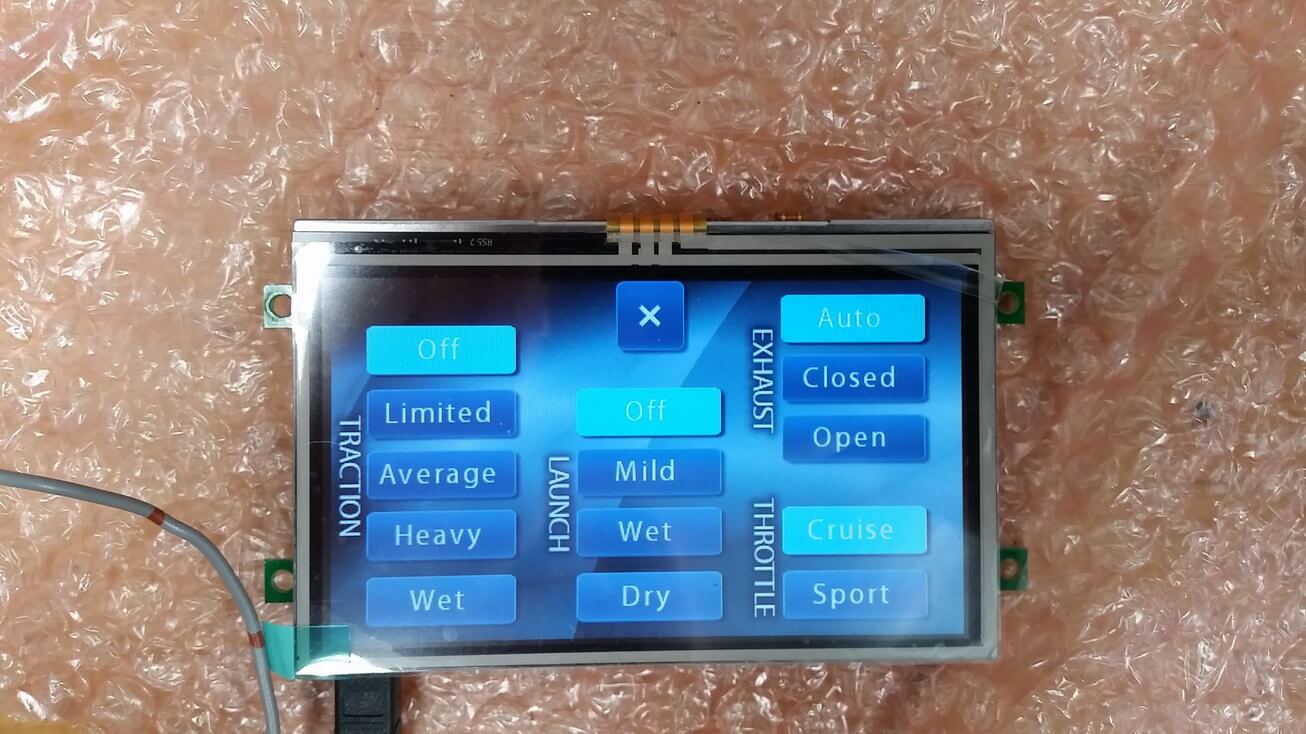 Basically the addon board will provide set voltage outputs from 0-5v and the Motec ECU will monitor those voltages and turn features on and off according to the voltages it’s seeing so should be fairly straight forward. 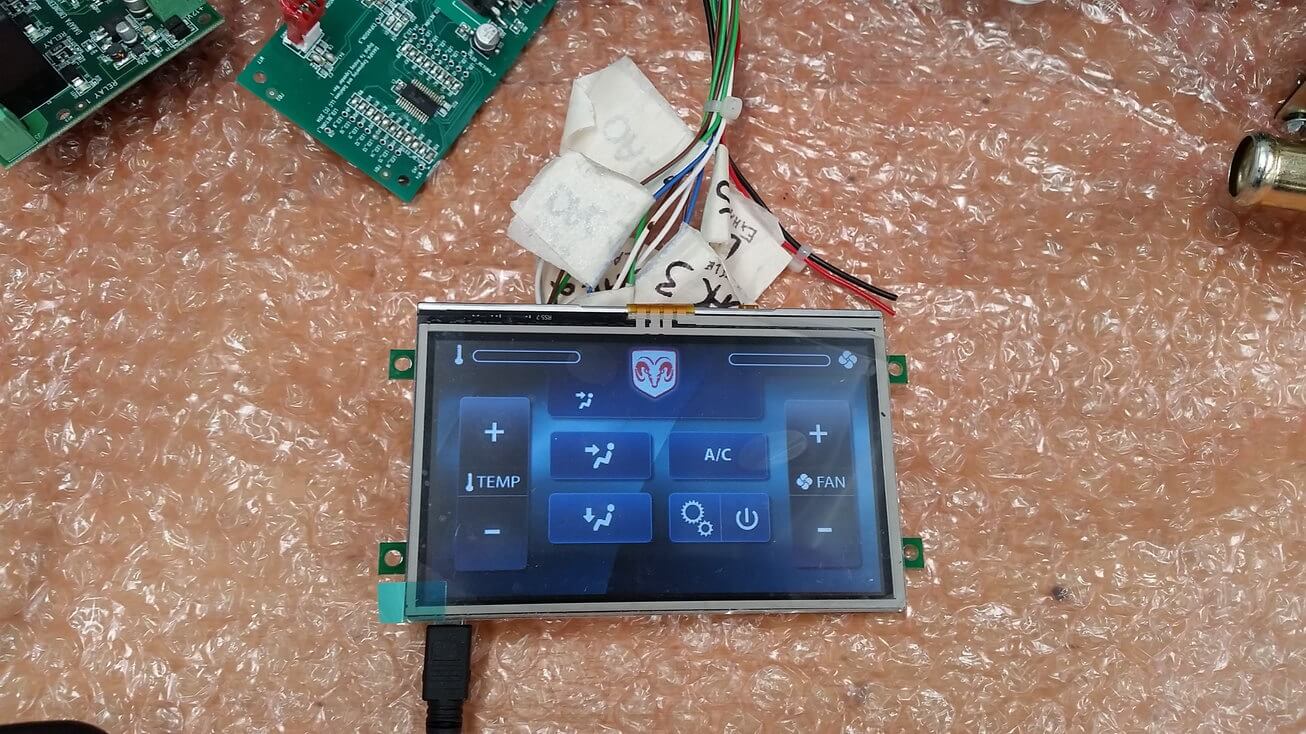