The Trax is Holden’s small SUV/Crossover, and it has been around for a while in New Zealand. We tested the original version last year, but now there’s a new facelifted version, featuring new exterior design, improved interior and more technology.

Colours available are black, white, silver, the awesomely named “Son of a Gun Grey”, red, orange, and the colour of our test car – Boracay Blue. it’s great to see some bolder colours and some nice bright metallic shades.

I’m generally a fan of blue cars so I was glad to see that our test car came in that bright metallic shade. I’ve never really been a fan of the looks of the Trax but Holden’s new front and rear design has definitely improved things. The new swept-back headlights are much better, though they look like they may have taken some inspiration from Volkswagen. It has that tall, chunky look that an SUV needs, with black plastic along the bottom and silver trims front and rear which look a bit like off-road skid plates. Inside, the dash has a similar general look to the original Trax, but materials have definitely improved. The central touch screen is bigger now at 7 inches and higher up in the dash. Many of the hard plastics have gone and been replaced with nicer feeling materials including a padded panel across the centre of the dash with a nice line of red stitching running through it. The silver plastic highlights also look a lot less plasticky and have a much nicer finish.

There are still some hard plastics on the doors and lower dash but overall the interior is much improved. The last model Trax had just a rev counter and a digital screen. This one has more analogue dials with a large central speedo, rev counter and fuel gauge to the left, and a smaller digital screen to the right. This can show a digital speedo (which I like) or various other functions such as fuel usage, trip computer, compass etc. When you get into the car an animated Holden logo appears on the main screen, and there’s a nice little sweep of the needles when you press the engine start button.

The 7” central touch screen is in easy reach and is also used for the reversing camera. The camera has moving lines, which I like, but the picture isn’t great, especially at night when it’s very grainy. For other functions the screen is clear and everything is easy to find. It has a physical volume knob underneath and buttons to skip tracks. There are volume and track skip buttons for your thumbs on the steering wheel too, as well as controls for the cruise control on the other side. The wheel is leather-trimmed and has nice shaped bits at 9 and 3 where you rest your hands.

On the centre console you may have noticed there’s a button for hill descent control. It seems to me that in a 2WD-only small crossover this is not a feature you’re likely to use. This and the compass mode in the info display seems kinda superfluous in a car where the only real similarity to an off-roader is that it’s tall. The Trax does feature some unusual controls – the rear wiper is activated with a rocker switch on the end of one stalk. Trip computer functions are changed with a twist control on the other stalk (this took me a while to find!). And most unusual, and one I don’t really like, is the manual gear shift which is done by clicking up/down buttons with your thumb on the side of the shifter knob.

The front seats are heated – just the one setting, on or off, and the buttons to do this aren’t immediately obvious either. They’re turned on by pushing the centres of the hot/cold and vent function knobs. There’s air conditioning but not climate control so you have to regulate the temperature yourself. It all works well and on cold mornings it was very good at clearing the windscreen very quickly. Something I didn’t expect to see in the back was a household 230 volt 150 watt 3 pin power socket. Great idea for all of the kids’ devices on a long trip. The rear seats are 60/40 split and fold almost flat to give a bigger load area when needed. With seats up there’s a decent 356 litres of boot space with various hooks and tie-down loops provided.

There’s plenty of storage around the cabin too, with cup holders in the centre console, bottle holders in the doors, a storage tray under the passenger seat and pull-out coin tray on the dash near the driver’s door. The Trax, being a Crossover, is pretty high off the ground which makes it easy for adults to get in and out of. My six year-old struggled a bit though. She also struggled to open and close the rear doors as she wasn’t strong enough to pull them shut when they were all the way open. But once she was in the car she really liked the view.

One of the first things I noticed when driving the Trax were the brakes – they barely needed a touch of the pedal to pull the car up to a stop and took a little bit of adjustment to get used to. The 1.4 litre turbo engine moves the Trax along nicely, with pretty good acceleration when you need it.

On the motorway it cruises along well at 100 with more noise coming from the tyres than anywhere else. And on rougher surfaces this becomes more obvious, even noisy at times. There’s cruise control, which works well and shows the set speed on the digital display. It’s operated by buttons on the steering wheel which are easy to find and use with your left thumb.

Turn off the motorway and into some twistier roads, and the Trax handles pretty well, with flat cornering, especially for a tall car. It doesn’t really give much feedback, this isn’t a sporty model obviously, but it goes where you point it and did well on my favourite understeer-testing-corner.

The 6-speaker stereo is decent, but not great. It has Apple Carplay and Android Auto as well as Bluetooth, USB and aux inputs. Pairing my phone to the Bluetooth was quick and easy, but every time I got back into the car it switched back to radio and I had to hit two buttons to get my Bluetooth music back. This was made doubly annoying by the fact that I struggled to find a clear radio station so I got a burst of static each time.

There were a couple of other little niggles – the auto wipers seemed to always wipe a few seconds later than I wanted, and the headlights seemed a little bit dim compared to a lot of other new cars.

The Trax has quite a bit of competition! If you want a tall car with those SUV looks that’s comfortable, safe, reasonably spacious inside but not too big outside, then the Trax is a solid choice. It does everything you need it to but doesn’t really excel in any area. That said I think any buyer would be happy with the Trax and it’s good value for the equipment you get. 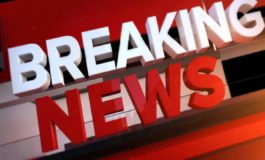