Yesterday DriveLife attended the launch of a new manufacturer in New Zealand, Haval. It’s not often this happens, and it’s even less often that a brand that this big comes to New Zealand. Big, I hear you say, but you may never have even heard of this Haval brand. Before we get into the products they are offering, let’s have a quick summary of who these guys are. Ok so they are big in China, but I’m sure you’re thinking there are lots of brands that only sell in China that we never see in the rest of the world. Haval models are available in 30 countries and are growing at a big rate each year. In 2017 Haval were ranked fourth in brand value in the SUV segment in the world. Right after LandRover, Toyota, and BMW, and above, Ford, Audi, Honda, Nissan, VW and Subaru. You may not have heard of them, but they are quickly becoming a global success story.

So what do Haval have to offer in New Zealand? Right now they have 2 models, the H2 and the H6, and later this year they will have the H9, which is their 7-seater model. In basic terms, the bigger the number, the bigger the SUV. They didn’t beat around the bush either; they straight up said the H2 is aimed at females aged 25-35 and retired couples looking to downsize. The H6 is targeted towards young families, professionals 35+ and retired couples The H2 is a small to medium SUV, that comes as two variants; the H2 Premium starting at $25,990 and the H2 LUX starting at $27,990. The H2 is powered by a 1.5L Turbo engine delivering 110Kw of power and 210Nm of torque, with dual VVT and direct injection. The entry-level Premium model comes loaded with standard features such as 18-inch alloy wheels, sunroof, keyless entry and start, cruise control, Bluetooth audio streaming, reverse camera with parking sensors and a 7-inch touch-screen. The LUX adds dual zone climate control, heated and electric seats, electric/heated mirrors and a kerbside camera. What did we think?

Well to be completely honest, I was not expecting much. We have tested some Chinese cars before and were left with mixed feeling towards quality and safety. And I was pleasantly surprised to find that they were neither of these things. They both looked and felt as good as the other SUV’s on the market, plus they had a decent range of options for what seemed like very good value for money.

We drove both cars for a short time around Auckland; the H2 is very much a city car, and the H6 will give a lot of families alternative options when considering a mid-size SUV. Our more detailed thoughts will be in our full reviews when each model makes it down our way. However based on the price, their target markets, and if consumers have no concerns about the unknown name, I think we will start to see a lot of Havals on New Zealand roads. 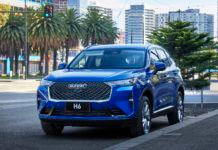 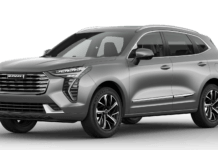 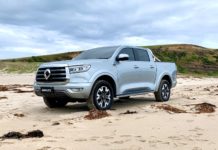