I’ve made a bit of progress over the last few weeks and finished a few things off.

When I was installing the Out of Sight Audio unit I noticed that my throttle pedal was linked to the cable using a cable tie! It would probably never have failed, but I wanted to get it sorted properly so I ordered the correct bushes from Classic quattros in the UK. I realised that one of the metal parts inside the rear seat base was exposed and had the potential to make contact with the battery, which can result in fire, which is bad! So I ordered a  cover for the battery live terminal. I bled the brakes again and took the car for a test run around the block. It was loud! The brakes are still a bit spongy but seem to be improving as the new pads and discs bed in a bit.

On the test run I noticed the speedo always reads zero. Not ideal, so I pulled out the speed sensor and it was full of gunk, and the O-ring was not looking good! I cleaned it up and re-fitted it, as the part is no longer available, and that seemed to fix the issue. Unfortunately after the next test drive it stopped working again. There’s a current VW part that can be substituted but the connector is different, so some modification would be required. So back to the stereo. The rear speakers are in properly now. 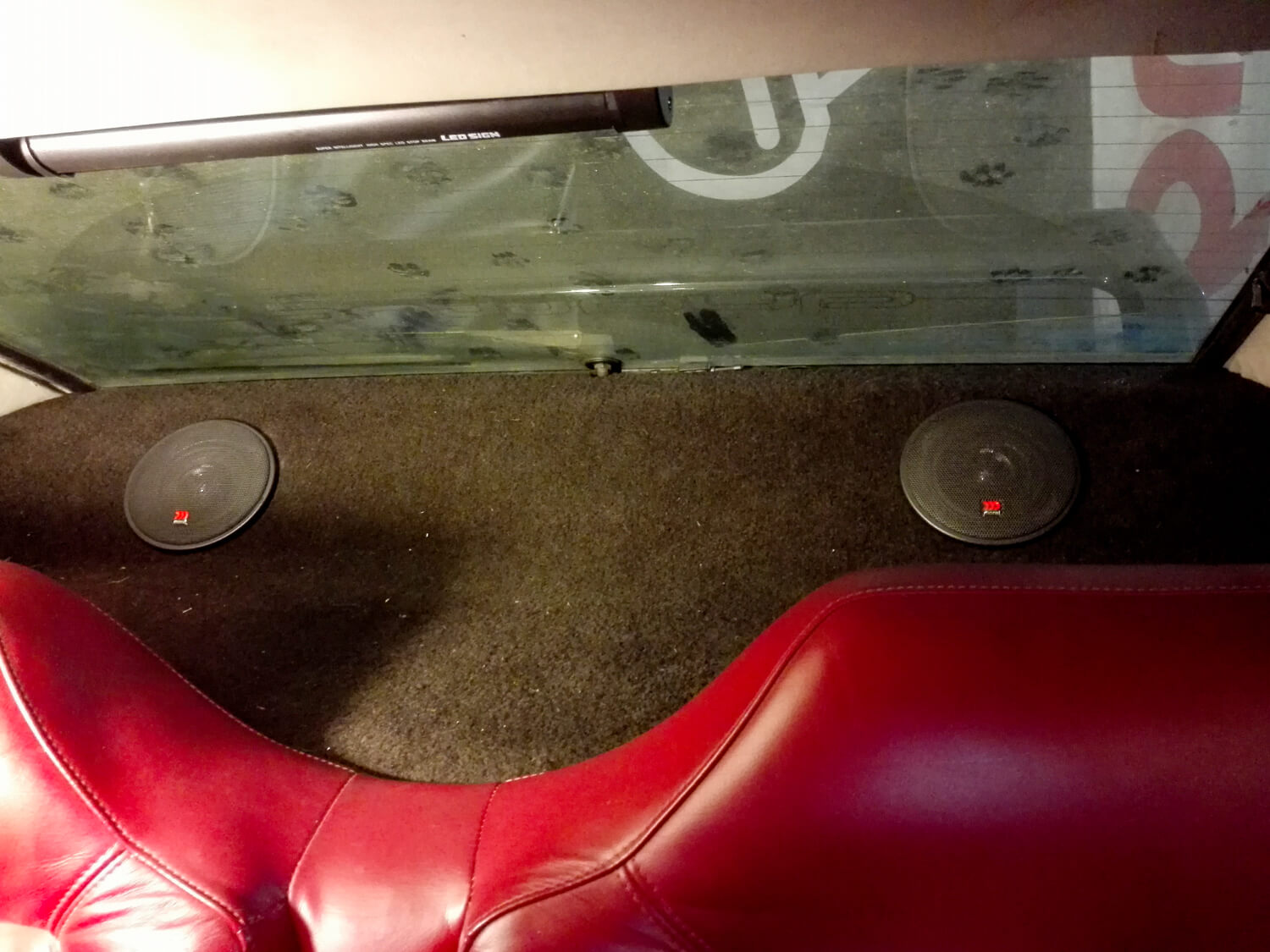 And the fronts arrived. There’s something very exciting about getting new speakers. The front speakers that came with the car already had holes drilled in them from the old audio install so I decided to re-use them. I’m not really happy with the look though so I’ll probably change this later. Once this was all in, I was able to re-assemble the dash. So as the car was back together, I decided to book it for a Warrant of Fitness.
I didn’t expect a pass, especially with that rust in the sill that I had found, but at least it would give me a list. So I booked it for a Saturday morning.

I was pretty nervous as I drove it down to the test centre. Here’s the world’s shakiest video of the trip. So did it pass? No. But there’s a lot of ticks on that sheet, which is reassuring, and the list is pretty short, with most things easily sorted. Next steps are to get the steering arms sorted, spin the exhaust centre pipe to stop it rubbing, and of course get that rust repaired.