Disclaimer: This isn’t a review of the Nissan Note e-Power but rather a glimpse at this new (for Japan, anyway) hybrid technology and its application in the real world.

The electrification of cars is here to stay. Even as diehard petrolheads, it’s something we all must accept whether we like it or not. Nearly every week there’s an announcement of a new electric vehicle (EV) or hybrid that’ll revolutionize the world with unbelievable claims of range and performance. Not to mention the perfect compatibility of autonomous technology with EVs, making for a perfect storm. As cliche as it sounds, we are at a pivotal time in the history of the automobile. 20 years ago Toyota brought electrified cars to the mass-market with the Prius. Other manufactures followed suit, slowly but surely. It wasn’t only until 2009 when Mitsubishi introduced the first mass-produced full EV car, the i-MiEV. Since then we’ve seen a whole host of hybrids, plug-in hybrids, EVs, and Fuel Cell Vehicles appear on the market.

There’s no doubt in my mind the days of hybrids are numbered. It’s a temporary phase until full electrified cars become available to the mass market. Until then they’re a way for consumer to gradually get used to silent, conscious-free motoring. I’m going to play devil’s advocate here for a bit and say hybrids, and EVs, do make sense in urban driving environments. We’re used to mild-hybrids like the Prius which powers its wheels with both its petrol and electric motors. The car charges its batteries on the go and under braking. A plug-in hybrid version is available which will let you charge its batteries through a conventional wall socket, like you would do a full EV. However, I’ve been trying out e-power which is a different sort of hybrid.

Nissan’s e-Power technology which debuted in their refreshed Note hatchback last year has been well received by customers in Japan. For a time, the Note became the best selling car in Japan. Outselling even the almighty Prius. It’s only sold domestically for the moment, however Nissan are planning on bringing this technology to other models and overseas markets due to its reception in Japan. The Serena e-Power minivan was recently launched at this year’s Tokyo Motor Show. e-Power has a conventional petrol engine, in the case of the note a 1.2-litre three-cylinder engine. The power output is irrelevant because the internal combustion engine doesn’t drive the wheels. Instead, this engine charges the batteries which in turn power the electric motor. All the petrol engine does is act as a sort of on-board power station for the batteries. It’s something that’s been done other manufacturers, it works a bit like the BMW i3 Range Extender or Holden Volt minus the plug-in capabilities.

But this is new ground for Japan. Whereas other manufacturers such as Toyota, Honda, and Mitsubishi have hybrid vehicles powering their driven wheels by two motors, the ICE and electric motor, Nissan have brought out this system which behaves more like a full EV. Nissan have been slow on the hybrid front. They have the X-Trail Hybrid and Serena Hybrid but that’s about it, and they don’t even export those to many overseas markets. Infiniti, Nissan’s posh division, do have a couple of hybrids which are available in most large markets but compared to other mainstream Japanese brands, it does seem like Nissan are trailing behind.

That’s due to there commitment to full EVs instead. We’ve seen their success with the Leaf, the new version is said to have a 250km range on a single charge. Not quite headline grabbing stats but respectable for a relatively affordable car you can buy today. The Note e-Power takes some of the knowhow from the Leaf applied to a more conventional, and affordable package. You can have all this technology in the Note e-Power from as little as ¥1,965,600 ($25,641), the Medalist spec I test was around ¥2,400,000 ($31,307). The electric motor produces 109hp and 254NM of torque. The horsepower is standard for this type of vehicle, the Note is roughly the same size as a Honda Jazz. But its the torque figure that impresses the most because, as mentioned before, power comes from the electric motors so all that torque is available at an instant.

Power delivery was the thing that made the e-Power addictive. If there’s one clear benefit of EVs, from a performance point of view, it’s the instant torque. Its something all the Tesla nutters go on about but they do have a point. I’ve never been in a small hatchback that’s wanted to spin its wheels so eagerly as this. Nissan say they’ve designed the Note e-Power for the urban driving environment in Japan, and it shows. It’s a car that’s best suited around town. For the most part you’re driving around silently in electric mode. The petrol engine doesn’t need to be on all the time. The petrol generator does come on every now and then to generate power but briefly. That said, one of the downsides to the Note e-Power was the rather noisy petrol generator which abruptly disrupted the electric silence. Still, it was more economical than the equivalent petrol or diesel hatch around town. Okay, a full EV is better suited yet for town driving, yes. But if you need to go long distances occasionally and don’t want to get a second car, which in Japan is uncommon and expensive, this makes sense.

Nissan claimed an average fuel economy of 2.9L/100km. With my time with the Note e-Power, I averaged 5L/100km. Considering I wasn’t trying to drive economically, it’s not too bad. Most of the driving was done on a long distance motorway stint. Long distance motorway driving is not its forte. Petrol engine remained on for most of it to keep powering the motors over the long distance. But the fact it can do it is a plus, especially on a 1000km drive giving me no range anxiety. This is important for when Nissan e-Power makes it to NZ. For the Note itself, it drove and felt like a normal car. You could mistake for any old hybrid vehicle. Perhaps that’s a good thing or a bad thing. I quite liked the fact it was so familiar. It was spacious and practical enough inside, though the plasticky interior left a bit to be desired. Oddly enough, it had an electronic rear-view mirror. A camera in the back would feed an image to the mirror if you wanted it dimmed, otherwise you could use it as a conventional mirror. It was clever.

Driving the Note was normal enough. The ride was smooth, while handling-wise it was quite agile, if not lacking in feel. The car did an incredible thing to slow down too; lift off the accelerator and the car would magically slow itself down to a stop. That may have something to do with the electric motors regenerating power but it was mighty useful in city driving.

Where to from here?

There’s still some way to go, particularly in terms of a more refined generator but Nissan’s knowhow in EVs and their recent acquirement of Mitsubishi Motors means they have the resources for further their R&D in hybrid and EV tech. The e-Power technology makes for an interesting new addition to the rapidly growing world of hybrid and EVs. For urban areas like Tokyo and Auckland, Nissan’s e-Power tech could be adopted well for their smaller cars such as the Micra and Juke. Why does all of this matter, well because in the not too distant future Nissan’s line up will have some sort of electrification. I could imagine an e-Power X-Trail, Qasqai, or Juke for example would be something that’d sell well in Japan, NZ and other markets. Let’s not forget the next GT-R is due by 2020, by then it’d be imperative for it to have some sort of hybrid technology to keep up with the times. That’s definitely a hybrid development I’m keen to keep a close eye on. 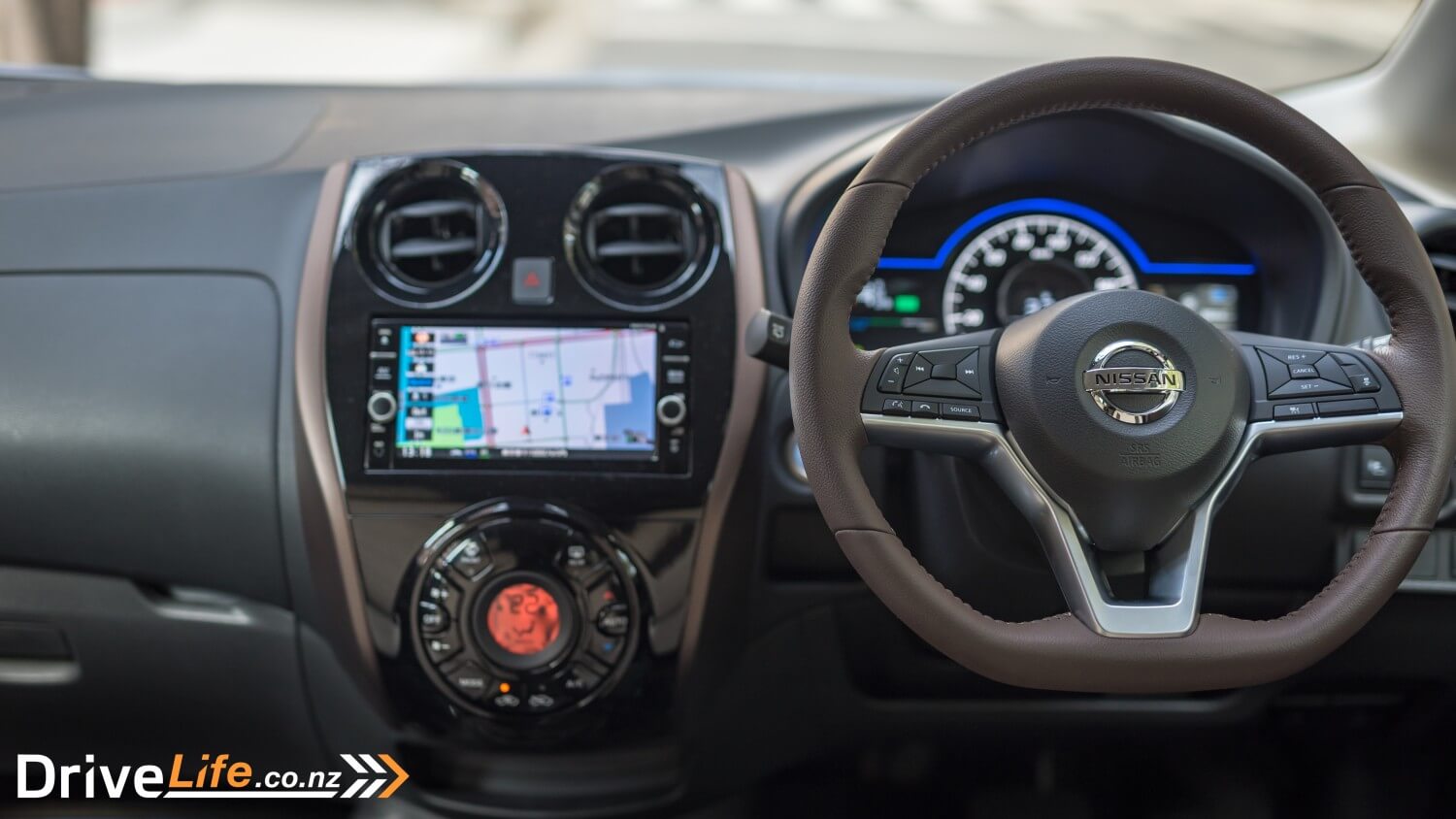