DriveLife
Home Manufacturers News Ferrari Out With The Old, In With The New: Ciao Ferrari Portofino Ferrari has replaced the California T, you know the ‘entry level’ Prancing Horse. The car they’ve replaced it with  is more or less the same; meet the Portofino. That’s not necessarily a bad thing as the California T and its predecessor, the California, were two of the best selling cars in the company’s history.

The California T made up about a third of Ferrari’s sales worldwide and 70% of buyers were first time Ferrari customers. It’s always been perceived as the ‘lifestyle’ Ferrari rather than a racecar for the road. The mid-engine V8 cars and the V12 grand tourers took care of that. But with the Portofino Ferrari wanted to give it a bit more pizazz. Their award-winning 3.9-litre twin-turbo V8 has been upped from 412kW to 441kW and 760NM of torque. That equates to a 0-100 km/h time of 3.5 seconds and a top speed of “more than 320 km/h”. Those numbers alone should suggest this finally a “proper” Ferrari.

However, the numbers only tell half the story. In the presentation the Ferrari execs talked about how this car was named after the famous port town of Portofino in Italy, an elegant city where outdoor activities can be enjoyed. They say their new car is like this town where you can cruise with the top down and take in the elements from the outside world. That all still sounds very lifestyle to me. There was no talk of lap times, it doesn’t even have a ‘Race’ mode in the Manettino switch. Though to be fair neither does the GTC4Lusso. But I couldn’t help but feel this was a missed opportunity from Ferrari to add some true flair and passion to the California, sorry I mean Portofino.

I guess what I wanted to see was a scaled down, convertible version of the 812 Superfast. An edgy super GT but with the smaller V8 engine, ‘in-case-of-emergency’ rear seats, and a folding hardtop roof. There won’t be a go-faster-version of the Portofino, it’ll just be the one variant. Against rivals, the Portofino will leave them in its dust. For the first time in this GT class, the Portofino has electrically assisted power steering, that Ferrari claims, is more responsive than before. It’s also got magnetic fluid damping and Ferrari’s third-generation E-Diff. The design has evolved, and in my eyes, improved from the California T. It’s more aggressive and purposeful than before, especially the front. The rear is better sorted too. The Californias had two sets of lights at the back as brake lights and indicators had to be fixed on non-moving parts. The ‘taillights’ were mounted on the boot, which was a moving part to allow the roof to be stowed. Now, they’ve managed to make the boot opening go around the fixed taillights which can now be used as brake lights and indicators.

Speaking of the roof, it takes 14 seconds to operate. When the roof is up it I like the neat fastback coupe-style look. Roof down, the Portofino has faux-buttresses at the back to give it a sportier look. There’s also a new wind deflector which reduces buffeting inside by 30%. Inside, the Portofino features the new Ferrari interior seen in the GTC4Lusso. In the middle is a 10.4-inch touchscreen, a new steering wheel, a redesigned air conditioning system optimised for top-down driving, and 18-way electric seats. Of course, being a Ferrari, there are eleventy million ways to customise and personalise your Portofino.

Perhaps if you look at it like that the Portofino is the best way for first-time Ferrari customers to get accustomed to the brand and the politics involved in Ferrari ownership. The Portofino would also make a more useable daily driver than say, a 488, but then if you wanted the ultimate daily Ferrari the GTC4Lusso already exists. But of course that costs more, the Portofino is the ‘most affordable’ way to the exclusive club of Ferrari ownership. Prices in Japan start from ¥25,300,000 (approx. $326,576), in New Zealand it’ll be closer to region of  $400,000 with deliveries starting in the third-quarter of 2018. Despite the advancements the Portofino brings to the table there’s a sense that, like the California, it’ll still be  seen as “the wife’s” Ferrari. It’s a shame because if I was a first time Ferrari customer I’d want a racy, mid-engine car. Really what Ferrari needs in its lineup is a new Dino.

Is the Portofino a car that would lure you into Ferrari ownership or would you get something else from Maranello’s stable? 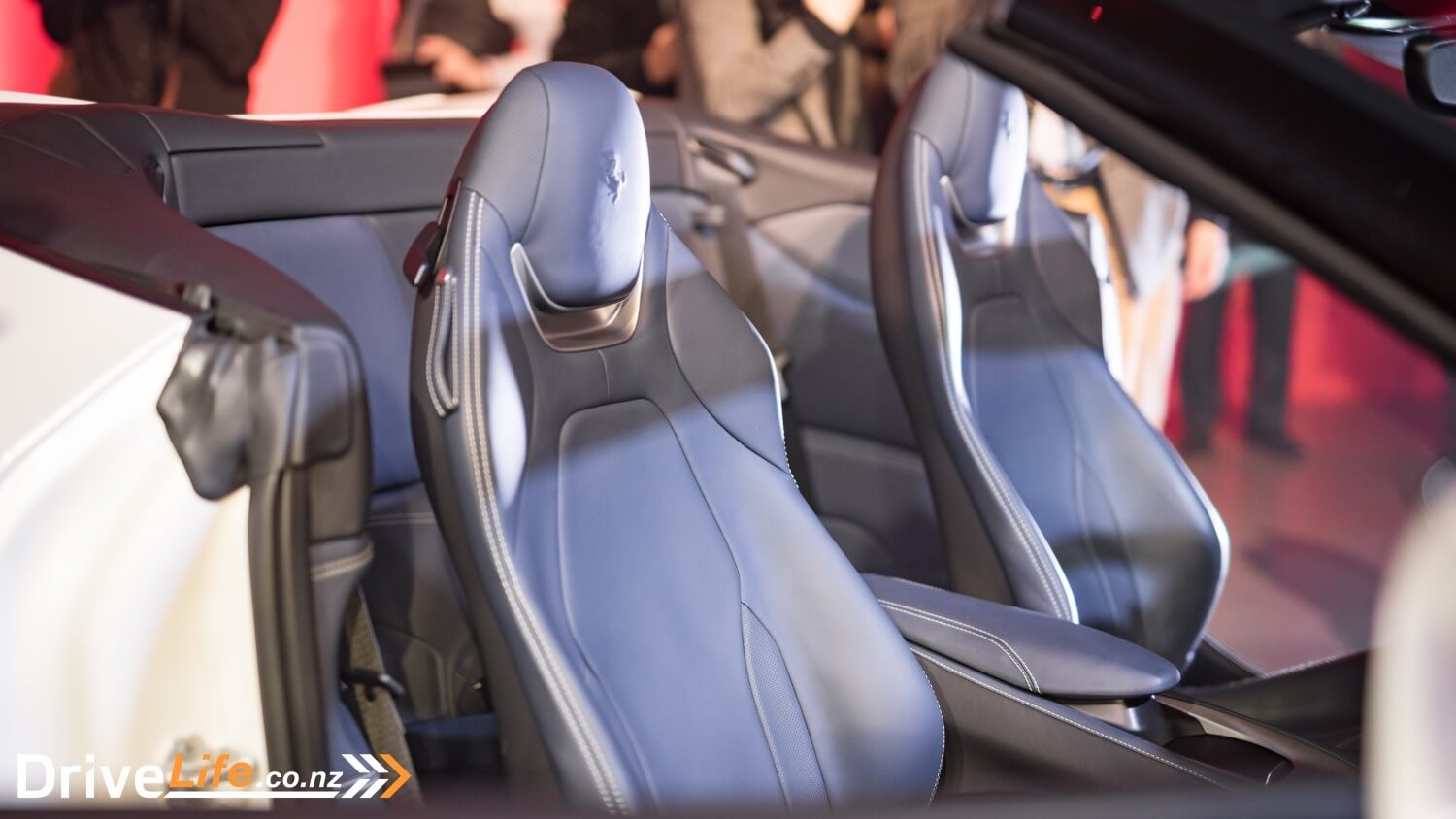