In a world of growing electrification, there’s one mainstream manufacture stubbornly sticking to its internal combustions guns; Mazda. I have great admiration for everyone at Hiroshima for this stance. Unlike other Japanese manufactures, Subaru included, Mazda have been slow on the hybrid/EV/FCV uptake. Sure, there’s a Mazda Axela (Mazda3) Hybrid for the domestic market and Mazda dabbled in fuel-cell technology a few years back, but for the most part their range consists solely of petrol and diesel powered cars. The reasons for this may be varied. Some believe, as Mazda says, there’s still a lot left to squeeze out of internal combustion engine. Others believe it’s due to Mazda’s lack of R&D. But recently they’ve reached a shared technology agreement with Toyota for electrification so we’ll see more hybrid and EV Mazdas sooner or later. But if Mazda have it their way, it’ll be much later. There’s no doubting the inevitability of electrification throughout the car industry in the years to come but I’m glad Mazda are holding off as long as possible. That’s what makes them one of my favourite brands at the moment. So when Mazda offered to let me try out their new 2.5-litre turbo four-cylinder petrol engine I wasn’t going to pass up that opportunity. It’s not often we get a new petrol engine, especially among the mainstream brands, that’s worth getting excited about. This engine debuted on the facelifted Mazda6 last year but has already been put in the CX-5 and CX-8 SUVs. For this application I’m testing it on the former.

I like the CX-5 a lot. It’s one of those crossovers that does everything well and my colleagues seem to think so too with only good things to say about the CX-5 in both its GSX and Limited trim. The new 2.5 turbo engine pumps out 170kW and 420NM of torque. Mazda claims a combined fuel consumption of 8.2L/100km, so in theory its 58 litre tank could get you a little over 700km of range. I was averaging around 10L/100km so the range was around 580km, but that’s still certainly more than any EV on the market right now. On very initial impressions, it’s a smooth and gutsy engine. Perhaps in something smaller like a Mazda6 it’d have a bit more punch but gives the CX-5 the sporty grunt it’s long been in need of. Everything else is largely the same as other CX-5s, the extra grunt doesn’t come with chassis tweaks. This isn’t the MazdaSpeed variant we all wish it was. Unlike New Zealand-spec cars, Japanese buyers can choose between FWD or AWD options for the 2.5 turbo petrol CX-5. It’s a refined engine that brushes off any bad vibrations. As much as I’m a fan of the diesel’s long range distance, there’s no substitute for the refinement of a petrol engine. This pretty much addresses most of our grievances of other CX-5s with engine noise complaints. There’s also no substituting the responsiveness of a decent petrol engine, even a turbocharged one. It’s a solid engine this one, and I’d love to see it fitted into something sportier like a Mazda3 or even the CX-3. Now that would be quite the pocket rocket.

As for the rest of the CX-5, well Fred will have a comprehensive review of the CX-5 2.5T AWD Takami on New Zealand roads soon. The new Japanese-spec ‘Exclusive Model’ is identical to the New Zealand-spec Takami trim in that it adds ventilated seats up front over the ‘Limited’ trim cars. The updated CX-5 finally brings Apple CarPlay into the infotainment making the CX-5 all that more friendly for millennials and anyone who would prefer to use Google Maps or Waze instead of the OEM navigation. 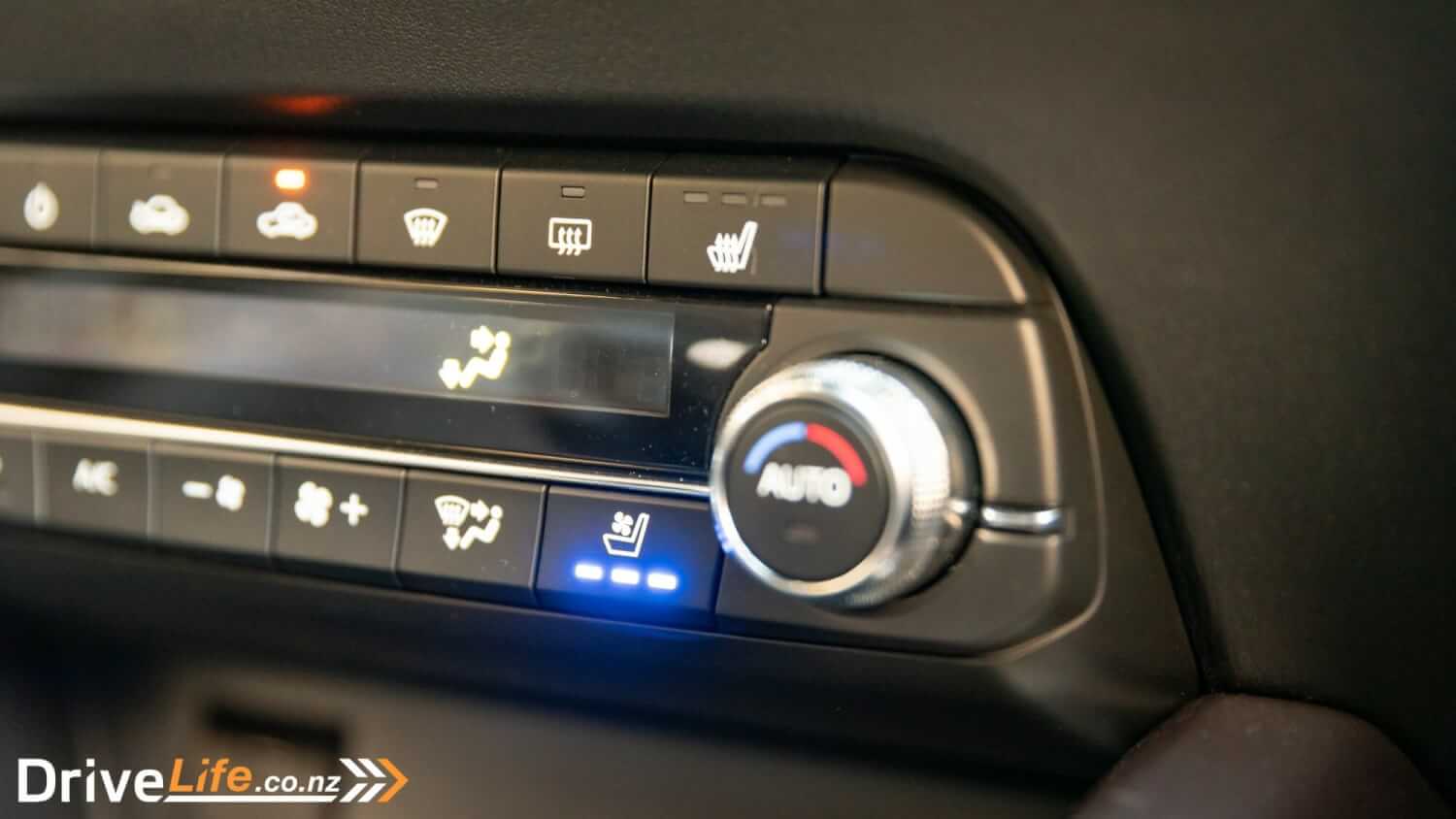 The real question is should you get the turbo petrol or the tried-and-tested brilliant 2.2 turbodiesel. There’s no doubt the diesel suits the SUV character of the CX-5 but I can’t see how for most daily situations the CX-5 with this new turbo petrol wouldn’t be the better choice. For our full road test impressions of the turbo’d CX-5 on New Zealand roads, keep an eye out for Fred’s review soon. 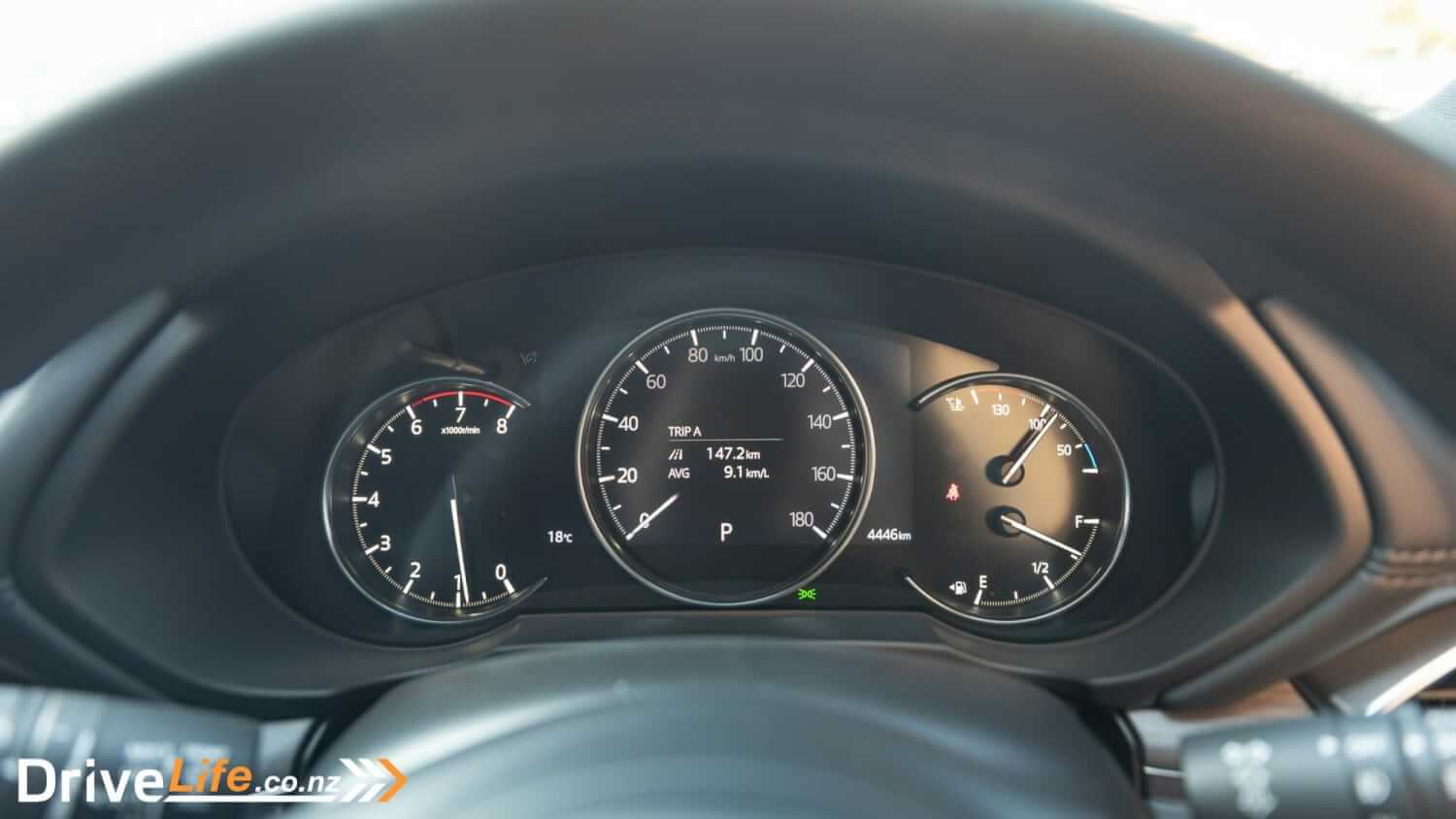