In the first article in this series, I talked about our upcoming road trip across the USA, following as much of Route 66 as we can – and as much of it that is actually left to drive on, up into Canada, then back into the New England states of the USA, New York, Philadelphia, then ship the car home.

I left you in the last article with us still trying to decide on:

1: What decade of car to look at

2: Then, what models to choose from

There’s been some slow progress on this. I’ve sort of decided I want something from either the 80s or 90s. I’ve already got a car from the 60s, so something in between that and our 2016 Dodge Challenger seems like a good fit. Our budget has been squeezed down so we’re now looking at cars only under US$10k. Crazy? Maybe, but looking on Craigslist, there are still some very juicy cars available for that sort of money.

Okay, so our budget has dropped – what can we get that fits our needs, for under ten grand? You’d be very surprised. Even though I’m not a huge fan of the looks, the Camaro and Firebird Trans Am WS6 from that era have still got me interested. The WS6 model has the extra hood scoops which makes it look a little meaner, as well as performance and handling improvements. Both cars run the GM LS1 motor, the same that was used in the Corvette. Rumour has it that GM stated that the Camaro put out less power than the Corvette in its advertising, as buyers were going to the Camaro since it was cheaper. The kicker is that the engine didn’t put out any less power – they just said it did.

But still, that Camaro looks a bit like a boat at the front. The Trans Am is not massively better. Initially I balked at the look of it, but now it’s growing on me. Both are 4 seaters too, so that’s a bonus over a Corvette from the same era.

So these two cars are still in the mix, and I’ve spotted the odd one I like, for example; 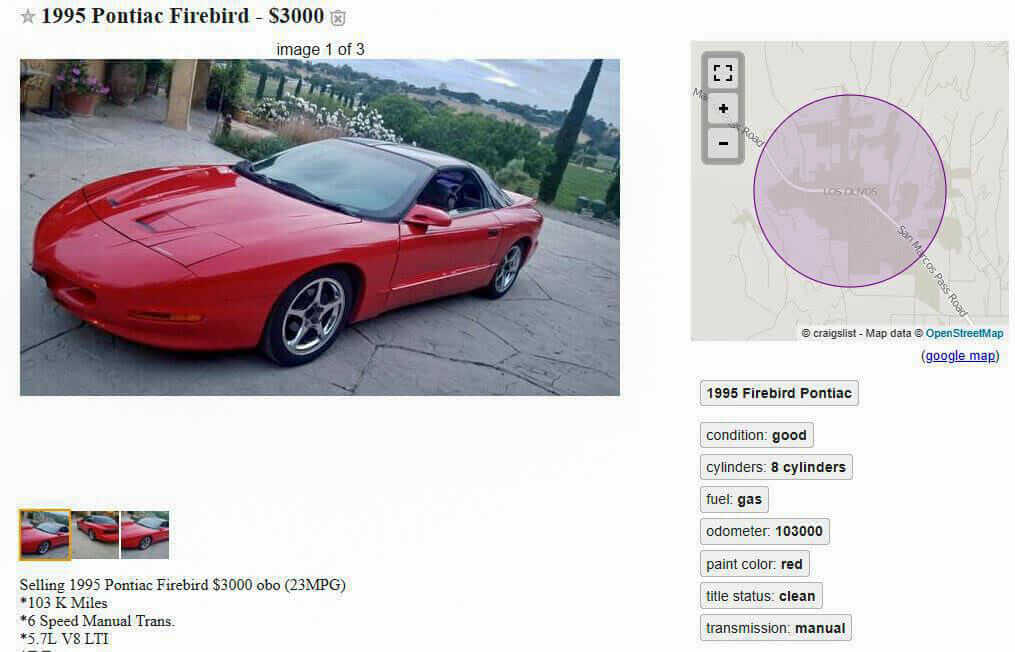 That’s not to say I haven’t still been looking at cars from the 1970s, as these come up almost daily for sale in LA. How about this Caddy: Since I’m still keen on a Corvette, I’ve also been browsing the C5 models, launched in 1997 and then replaced by the C6 in 2005. I love the C5 – it still has the pop-up headlights, and all (except the high-performance Z06 model) are fitted with the LS1 motor, which is a great engine.

My only problem is that the C5s in my price range all have higher miles on them, with most of them being over 100,000. Resale-wise in New Zealand, that’s too high. If I was interested in a higher mileage car, it’d have to be a manual, and they are harder to find.

Whatever car we buy, I’m really after a low-mileage, unmolested car. Unfortunately, that puts the C5 out of the picture. A shame though, as there are some great buys to be had in the C5 Corvette, like this 2004 manual for under $10K? 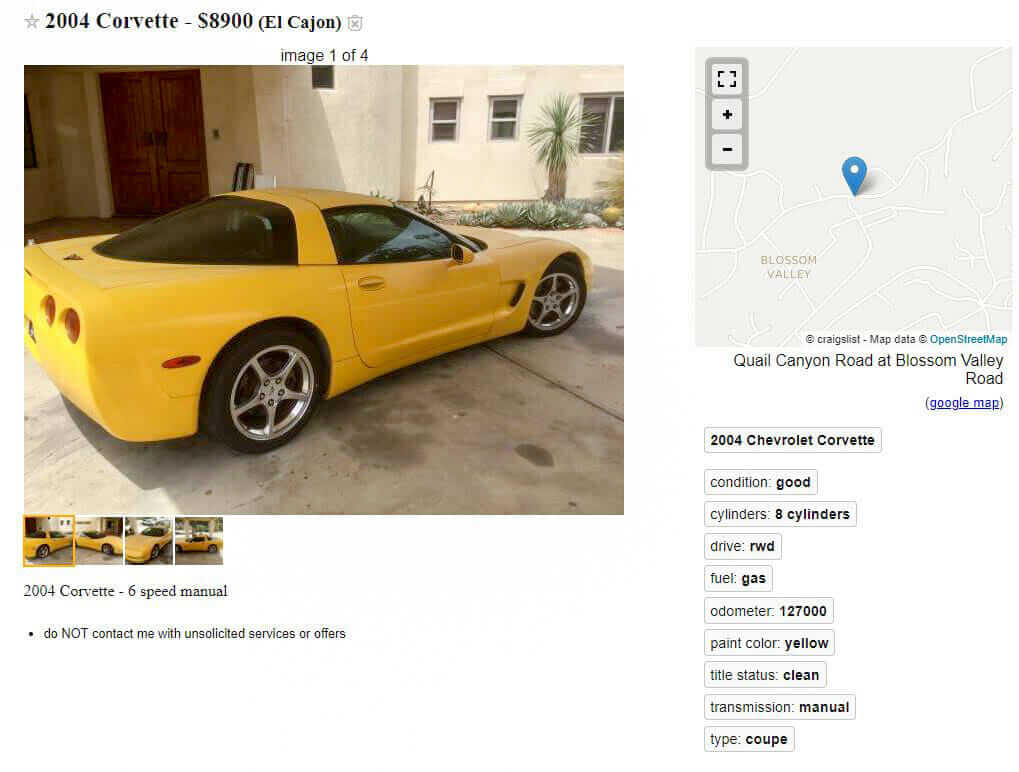 So it’s likely that the C5 Corvette is crossed off the list. Some may wonder why I haven’t included the C4 Corvette on my ‘possibles’ list. There’s an answer for that: I don’t know.

Forever, I’ve thought of the C4 Corvette as the one no one buys. It’s the black sheep, the ugly duckling, the elephant in the room. Why? Again, I have no idea. For years – decades – it has had this reputation, and I bought into it as well, walking past them at car shows with my nose up. C4 Corvette, ug.

Now, I’m wising up to the fact that these models of Corvette are way undervalued and also – shock horror – underrated, as far as I’m concerned.  In 1984, they had full aluminium suspension, plastic transverse mono-leaf springs front and rear, a completely digital dashboard, and a clamshell hood that opened up to reveal the entire engine and front suspension. Amazingly – for an American car – the gearbox is at the rear of the car for better weight distribution, and if it was a manual model, it had a Doug Nash 4+3 gearbox. I still remember – as a very young man then – this gearbox, which had 4 normal gears, then a button on top of the gear lever to give you access to an automatic overdrive on second, third and fourth gears. Wicked. That gearbox only lasted until 1988 though, when it was replaced with a standard 6-speed manual ‘box. So for all these years, have I been poo-pooing the C4 unjustly? After reading car reviews of the day, and then watching Youtube clips of current-day reviews of the C4 Corvette, I think it’s time to apologise to those owners that I walked past and ignored their C4s.

So the C4 has now been added to the list – ideally a late-model manual model (hard to find), but at minimum one that is low miles and unmolested, no matter what the year. A hard call? Probably, but we have time to be picky.

The search goes on!