I can’t recall where it all started, possibly the desire to own a beautiful classic car that was a bit different. I already own powerful European performance cars, SUV’s – nothing too old or electric. Why not combine the two and bring a cool old classic back to life as an electric vehicle?

This project might not be for everyone, mainly based on the responses I got after talking about it. They either said “ oh that’s cool, can’t wait to see it” or “why would you even bother?”. So this is where I think we need to start, to explain the why, and the cool.

The Karmann Ghia is one of those timeless classics. A great looking car in its day, even better looking with some present-day modernisation. This 2+2 sports car with the engine in the rear has so much character, and there are not many of them around, especially in New Zealand. It’s just a cool, unique car that I have always liked the look of.

That and it’s a lot more affordable than many of the more sought-after classics.

A lot of owners over the years have noted that the Karmann Ghia was underpowered, and many have opted for swapping the engines out with Porsche ones, bringing its true sports-car nature alive. The purists may not agree, but I had to weigh up electric drivetrains vs the price of Porsche engines, I thought that this would be a pretty cool car to set up as a fully electric classic sports car. Who knows, by the end the Porsche motor may even be cheaper.

This part won’t be as difficult, as I am also the owner of The Surgery, a classic restoration workshop in Wellington. Some may say that’s a bit unfair, but you use what you have available.

My workshop has already worked on several EV conversions for our clients, it was now time to build one for me. The EV side of things will be sourced from many locations, the US and the UK primarily. There are many kits, however some of the more well-known workshops for EV kits don’t tell you how much you need on top of the kit to finish it. That’s why we work with multiple suppliers to complete our EV conversions.

We are also going to be supported by local suppliers too, mainly The Metric Nut in Christchurch, a workshop and team that can only be described as the mecca for VW in New Zealand. Many of the upgrades will come from their team, running gear, front beams and much more.

The plan, in essence, is simple enough, in terms of bullet points anyway.

If only it were to be that simple. Buying the Karmann Ghia was the first challenge, or buying one that wouldn’t take too long or cost an arm and a leg to fix up. I spent a bit of time looking through the big listing sites, and some social media listing pages. Finally, I saw one on Trade Me, a 1965 VW Karmann Ghia. It had already been disassembled for restoration, but the owner had other plans and had decided to sell. I got in touch, and very quickly we settled on a deal as he wanted it gone. The Karmann Ghia was mine, but it was in pieces, and it was in Dunedin. The next challenge would be getting it back to The Surgery in Wellington, where we could begin its restoration.

I shopped around to see if any companies would pick up the Karmann Ghia. All of them said no, right after they heard it’s not a rolling chassis, just parts. It seemed like this was going to be a road trip. I already had a small car trailer, but oddly no vehicle that is able to tow it, yet. That in itself a story for another day. What to do? I did what anyone would do in this situation, reached out to some friends to see who could help us. Through our contacts in the industry, Volkswagen stepped up to the plate offering us a brand new V6 Amarok for DriveLife to review and take on our Project EV road trip. This was perfect, a new VW helping to bring an old VW back home so it can live once again.

A big thank you to all the team at Volkswagen New Zealand for helping us out.

Now that we have a truck and a trailer, all that was left to do was book tickets for the ferry, get down to Dunedin and pick up the Karmann Ghia.

Our plan is to do as many regular updates as we can, so keep an eye pealed for the next one. Project EV – John’s VW Karmann Ghia – Part02: The Road Trip 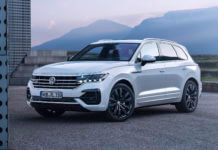