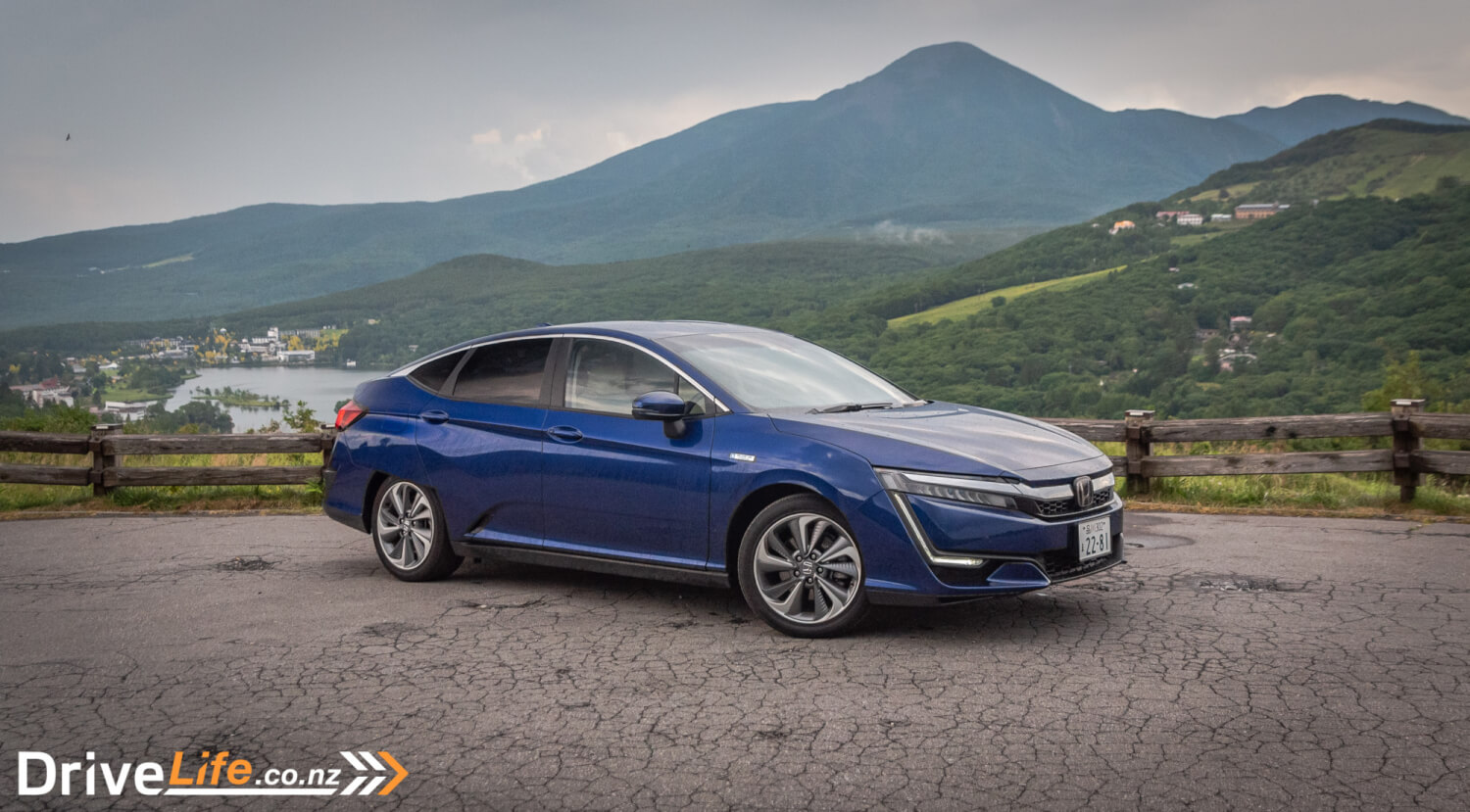 This is worrying. I’ve started to change my tune on alternative energy cars. Don’t get me wrong, I would still prefer my cars to have an actual engine but the more I time I spend around hybrids, plug-ins, and EVs the more I can understand their appeal. With all the cool new EVs coming out such as the adorable Honda e, the handsome Porsche Taycan, and even supercars such as the Pininfarina Battista coming out, they are quickly changing the minds of even the most stubborn people like me.

So with EVs and the sort becoming an inevitable reality very soon I thought I’d familiarise myself with this new tech that I’ve been somewhat sheltered from. So, for this I took the 2020 Honda Clarity on a massive 1200km road trip across Japan to see how Honda’s premiere plug-in hybrid fares in the real world.

Five Things I Like About The Honda Clarity PHEV

PHEV tech should be the norm

Why can’t all hybrids just be plug-ins? Honestly, these make so much more sense than a conventional hybrid because essentially you’re getting three power sources in one. With the Clarity, when you turn it on it defaults into EV mode. In theory you could drive this purely in EV mode for around 100-120km without ever needed to use the petrol engine. Should you then run out of battery juice, you could just plug it in with either a conventional wall socket or a specialised quick charger plug. Alternatively, you could drive along and have the petrol engine act as a generator providing more charge for the batteries to power the electric motors. Of course, it also works as a conventional hybrid too.

So despite taking it on a 1200+ kilometre road trip I had no range anxiety because I had various ‘refuelling’ options. But it didn’t matter because to cover that distance, the Clarity only used 43 litres of premium petrol. Yup, you read that right. I was averaging around 3.5L/100km during my time with it. It was so liberating not having to constantly stop at petrol stations and even when I did, since the fuel tank was so small the whole ordeal was over and done with in a jiffy.

As comfortable as a large Honda sedan can be

Alright, so it’s no Rolls-Royce but the Clarity’s party tick is how quiet it can be when you’re cruising in EV mode on the motorway. Honda have done a decent job of making the rest of the car as silent as its powertrain. So despite not having an awful lot of engine noise most of the time  (more on that later), you don’t get bombarded by extra wind or road noise. Ride and handling are to be expected from a car like this. It’s no Type R around corners but it’s not meant to be. Instead it’s just a nice place to cover many miles in.

More practical than a Prius

It’s also quite a large car, about the size of an Accord, so it’s no surprise that it’d be more practical and spacious than a Prius Prime. You could actually fit three adults in the back despite a rather prominent central tunnel. However, the rear seats are wide enough for three abreast so that shouldn’t prove an issue if you need to carry three people in the back. The boot is an awkward shape with a sort of staggered floor, presumably because of all the hybrid wizardry going on in the back there. But overall it’s a nice usable size if a bit awkward to load.

But overall the Clarity just feels like a normal Honda to drive. There really wasn’t anything about it that felt ‘unnatural’ or took some getting used to. You could hop in this and be forgiven for mistaking it for a larger Honda Insight or a super economical Accord.

Five Things I Dislike About The Honda Clarity PHEV

Here’s a tip: if you have a Clarity PHEV and need to drive up a lot of hills, put the car in Sport mode otherwise it’ll struggle. The teeny weeny 1.5-litre four-cylinder petrol engine combined with the CVT auto sometimes struggles lugging this big thing up inclines and it certainly makes itself heard. The asthmatic petrol engine along with the CVT drone just makes it sound very unhappy going up hills. Going downhill with its regenerative braking makes it much happier.

It’s quite a large car

Measuring in at 4915mm long, 1875mm wide, and 1480mm tall it’s longer, wider, and taller than the Prius Prime PHV. That’s great for interior space and practicality but it also means it can be quite a tight squeeze on some Japanese roads. However, for markets with larger, more open roads such as New Zealand, Australia, and North America that won’t be as much of an issue.

This isn’t really the Clarity’s fault but on my road trip from Tokyo westwards deep into the Nagano Prefecture countryside there weren’t very many quick charge ports to plug the Clarity. Honda says there are around 21,000+ compatible charging stations for the Clarity PHEV in Japan but I assume most of those are concentrated in larger areas. If you want to venture out to the countryside your best bet is to rely on the petrol engine to charge the batteries.

All that tech comes at a price

Prices for the Clarity PHEV start from ¥5,989,500, or the equivalent to around $86,000 if converted directly to New Zealand dollars. That’s quite a big ask for what’s essentially a very economical petrol Honda.

No plans to sell in New Zealand

Unfortunately, as good as this car would be in New Zealand Honda has no direct plans to officially sell these on Kiwi shores. To be fair, the $86,000 price tag might put many off so maybe there’s some logic in their thinking. It just seems odd for Honda who’ve got an all electrification lineup plan by 2030. At least bring the cute fully electric Honda e over.