The New Zealand Motoring Writers’ Guild has nominated the all-new Peugeot 2008 SUV as one of the ten finalists in their annual New Zealand Car of the Year award.

The Guild title is the longest running new-car accolade in the country, having been first awarded in 1988, and the winner will be announced in early December.

“In addition to the award’s longevity, many people in the automotive industry consider the Guild title as being the most prestigious of all competitions to win, as it is voted on by more than 25 independent members from around the nation,” said the CEO of Auto Distributors New Zealand, Chris Brown.

“We certainly appreciate and value the opinions of these experts as they have hands-on experience of almost every new car in the country, so are well qualified when it comes to determining which vehicles are worthy of a finals nomination as well as winning the overall title.”

The all-new Peugeot 2008 SUV went on sale locally in August and has been finding favour with buyers thanks to its intuitive next-generation technology, high-end interior appointment, agile and robust design aesthetics, as well as an attainable entry price.

“The new model starts at a compelling $33,990 (plus ORC) and comes with a five-year warranty as standard, complemented by five-year roadside assistance.”

The arrival of the all-new 2008 SUV is a precursor to what can be expected from the brand later next year, when a dedicated 100% electric version will go on sale in New Zealand.

“It’s still far too early to announce many details, but I can confirm the 2008 EV will be available in top-of-the-line GT-specification with 100kW of power, will launch in Q3 of 2021 and have a range in excess of 300km,” said Mr Brown.

“With the debut of the electric version, Peugeot enthusiasts will have the ‘Power of Choice,’ as they will be able to select between a range of award-winning Pure-Tech petrol engines or a fully electric engine, depending on individual requirements.

“The arrival of the EV will build on the success of the 2008 and illustrate our commitment to Kiwi motorists to bring them the very latest in terms of advancements in technology from the Peugeot new-car portfolio.

“When all things are considered, the 2008 SUV is anything but ordinary and we would be understandably thrilled if the Guild found it worthy to wear their Car of the Year crown.” 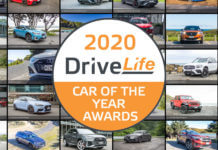 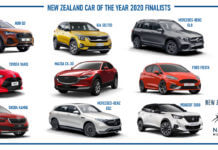