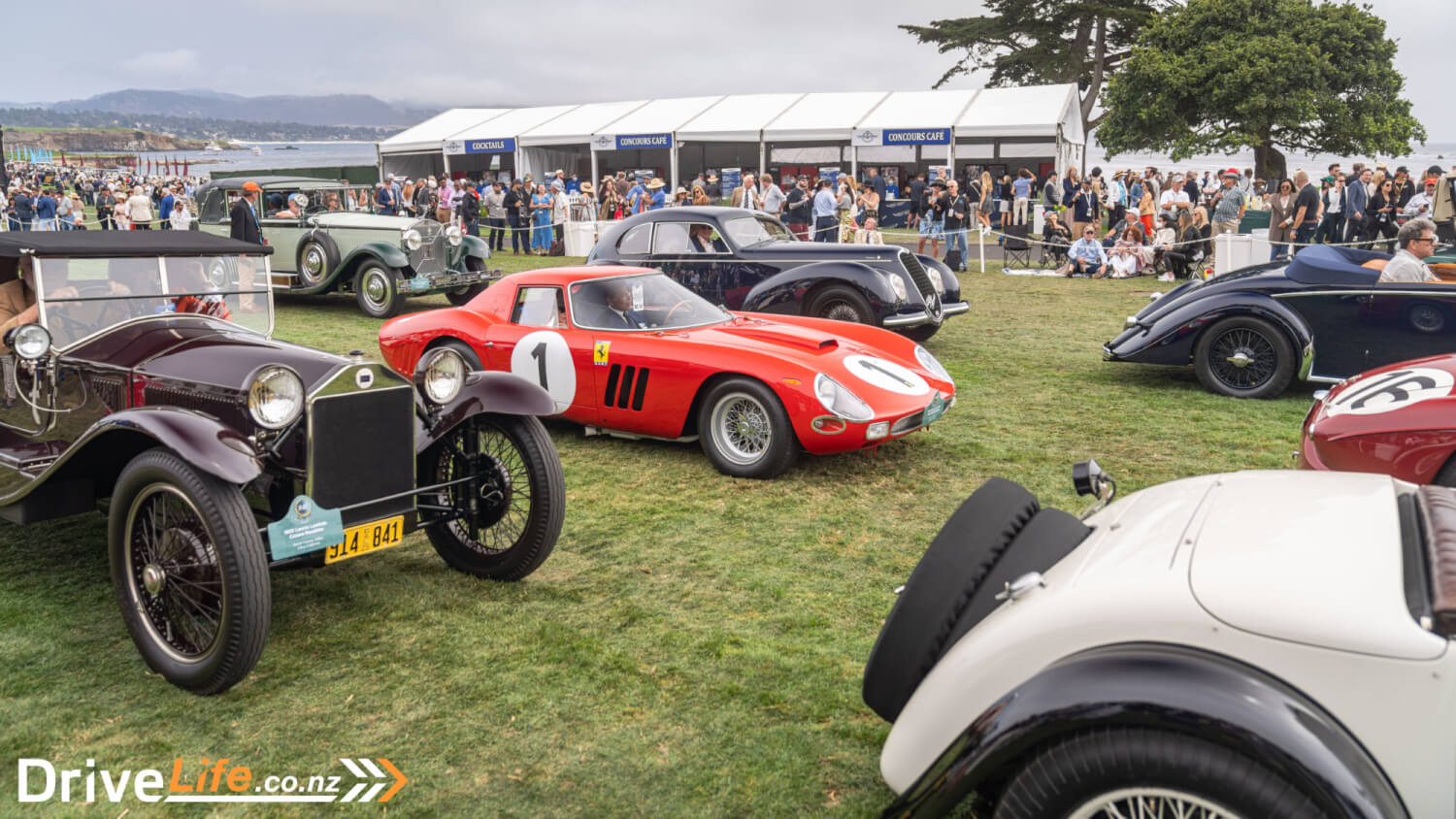 While Monterey Car Week is made up of several events and shows during a week in August, it culminates on Sunday with the Pebble Beach Concours d’Elegance. One of the most prestigious automotive shows in the world, collectors battle it out here to take home an award for their pride and joy. It should come as no surprise then that there’s a strong emphasis on collectable and historically significant classic cars. Unlike The Quail, there’s a noticeable lack of modern cars here.

Not that that’s a problem with so many rare and interesting classic cars to look at from pre-war monsters to bedroom pinups from the 70s and 80s. Held on the famed Pebble Beach golf course the Concours d’Elegance brings together the best of the best. I’ll be the first to admit I don’t know much about pre-war cars and most classics that don’t have a Prancing Horse, Three-Pointed Star, or Raging Bull on them but I can appreciate all of them nevertheless.

Seeing all these cars lined up on the 18th hole of the Pebble Beach golf course with people all around admiring them brought me back to a more normal world. It felt like I was taken back to 2019. As always the Concours had various classes on display from previous winners to great Ferraris, even a section dedicated to the Lamborghini Countach and to my surprise the Porsche 917. More than a dozen of perhaps the prettiest race cars ever made were present in their various forms and liveries, including the iconic Gulf livery.

The show ends in the afternoon with the awards ceremony. This year’s Best in Show went to the very worthy 1938 Mercedes-Benz 540K Autobahnkurier, a streamlined Grand Tourer. The Mercedes nerd in me was very happy to see one of these for the longest time. To me this is Mercedes’ Type 57 Atlante. Amongst it were other equally impressive metal including an Alfa Romeo 8C Touring Berlinetta and of course the aforementioned Bugatti Atlante.

It should come as no surprise to you that the Great Ferraris class was also a highlight for me. This year the surprise was the appearance of the Ferrari P4/5, a modern interpretation of the gorgeous P3/4 racing car from the 60s. This one-off based on the Enzo Ferrari is owned by James Glickenhaus and since it was first shown in the mid-00s I’ve wanted to see it in person. Around it were, as the name suggests, some great Ferraris. From your 250 GT SWB and 250 tds to the jaw-dropping 512S and quirky 365P Pininfarina Berlinetta Speciale. Often referred to as the ‘three seater Dino’, this one-off predates the McLaren F1 with its central driving position and three seat layout.

While the Sunday concours is indeed a great event to look at some cars you won’t be able to see anywhere else, meet some great people, and to enjoy the vibes. But what makes the Concours d’Elegance unique is the Tour d’Elegance which happens the Thursday before the main show. Most of the cars that’ll be on display on Sunday come out for an epic tour around Monterey and Pacific Coast Highway treating spectators to a rare sight of seeing some of the best, rarest, most valuable cars from the history of the automobile driving on public roads. Hearing these vintage engines alive, smelling the fumes, and being amongst other crazy petrolheads throughout Highway 1 is an experience unlike any other.

In many ways the Tour is as enjoyable as the show itself. It’s perhaps one of the rare chances to see some of these priceless cars driving on public roads. How often will you see a Porsche 917 on plates driving on the road or even a 250 GTO and various other Ferrari prototypes/one-offs? It was certainly helped by the beautiful backdrop of Pacific Coast Highway and the dramatic overcast weather that day. The Tour on Thursday should definitely be as high on your Monterey Car Week ‘to-do’ list as the Concours on Sunday.

I can’t wait to go back next year but until then have a look through the gallery from this year’s Concours and Tour.