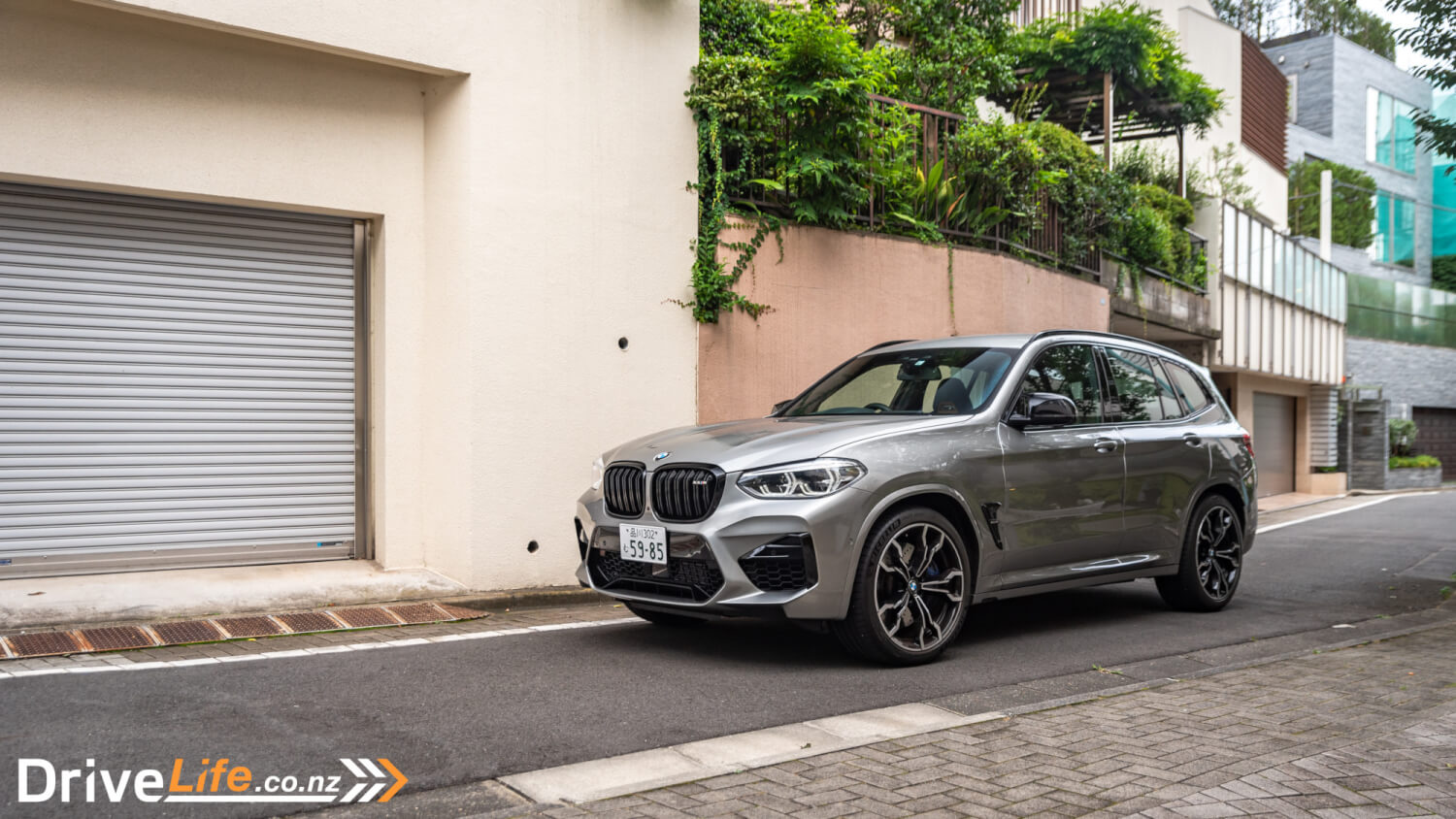 I’m old enough to remember when BMW M cars meant something. They were the top tier of BMW’s regular sedans and coupes. I even remember when BMW M flat out said they wouldn’t do a M SUV. Fast forward to 2020 and you’ve got M versions of the X3, X4, X5, X6 not to mention all the ‘M Performance’ versions of the X2, X3, X4, X5, X6, and X7. It’s gotten out of control so how do you figure out which one to get?

Well if you’re certifiably insane and must have one then the X3 M is the best one. It’s only taken BMW three generations of the X3 for them to have the courage to finally give their mid-size SUV (sorry SAV) the M treatment. Powered by their M division’s new S58 3.0-litre twin-turbo inline-6 that’ll make its way into the upcoming M3 and M4, the 375kW and 700NM engine propels this 2100kg SUV from 0-100 km/h in just 4 seconds and on to a top speed of 300 km/h.

Five Things I Liked About The BMW X3 M Competition

S58 engine is an absolute unit

BMW have always made great 6 cylinder engines and their latest S58 engine is no exception. Carrying on the tradition of a silky smooth inline-6, in Competition form it produces 375kW and 600NM of torque. A non-Competition spec X3 M will come in at 353kW and an identical 600NM torque figure. It’s a brilliant engine that just slingshots this two-tonne SUV towards the horizon with no sign of running out of steam. There’s an old school way in the power delivery where there’s a gradual build up to peak power at 7300rpm but on your way there you’re riding wave of torque. It’s almost V8 in it’s muscle. The Comp can do the 0-100 km/h in just 3.4 seconds and with the optional driver’s package on to a top speed of 300 km/h. With the sports exhaust fitted it does sound quite lovely too, although I’m not a fan of the way the engine noise is fed into the cabin through the speakers.

I’ve always been a fan of the size of the X3 since driving the x20d in Italy in 2018 and the Alpina XD3 last year. To my eyes it’s the best looking and the perfect size among BMW’s seemingly never ending SUV lineup. The X1 and X2 are too small to be of any use, the X5 is unnecessarily large for not accomodating more occupants than the X3 while the X7 has those rather love-them-or-hate-them XXL grilles. The X3 on the other hand is just a fine looking thing in both terms of overall size and kidney grilles.

Just like the exterior, the interior of the X3 is easy on the eyes. It’s very BMW, which some will like more than others. That said, it’s not a particularly adventurous interior. Certainly Mercedes and even Lexus do bolder designs while Volvo and Audi are more minimalist. However, if you’re familiar with BMW interiors everything is where you’d expect it to be. Materials are top notch as you’d expect and the little M touches such as the light up M badges on the front seats and the two red M Drive Select modes on the steering wheel add a subtle touch of sportiness to it all.

Another good thing about the X3 is that it was one of the last modern BMWs to have traditional circular dials rather than the weird vertical gauges BMW insists on putting on its newest cars. I’m just not a fan of those.

Before the X3 M the Porsche Macan was the best handling SUV I’ve driven and after driving the X3 M it still is. The Macan is just that much more tighter and taught due to the smaller size. That said, the X3 M comes a very close second. I was amazed at how controlled its body roll was around corners. It’s got the same AWD system as the current BMW M5 which means it can automatically send 100% of torque to the rear wheels which give it a rather typically lairy BMW M handling characteristics.

That composed body roll comes at a price. It’s got a horrifically firm ride. On anything other than smooth motorway roads your spine is going to feel every single bump and imperfection on the road. If you run over roadkill you’ll be able to feel what sort of animal it was. If you have small kids there’s a high chance whatever they ate earlier in the day will end up on the back of your seat. I kept it in Comfort mode almost all of the time, it gets worse the sportier you go. It also doesn’t help the M sports seats, while looking great, are firm in typical German fashion.

For some bizarre reason the car I had was set up to start up with the exhaust valves open every time. This is great if you have a low slung sports car or even an aggressive sporty sedan but in a family orientated SUV it just makes you look like antisocial. Every time I started it up in a public area I just hoped no one was nearby to hear it start up because it was embarrassingly loud.

Why does it need to have such a fat steering wheel?

I had the Alfa Romeo Giulia QV directly before getting the X3 M and that had a perfectly sized steering wheel. For some reason BMW like to give their cars excessively girthy steering wheels which become tiresome to hold after a long drive. Good thing for adaptive cruise control and lane keep assist then.

Why is CarPlay still not standard fit?

That wasn’t a typo, this car starts from an eye-watering $178,900. Though it does come with an unusually generous amount of standard equipment for BMW such as adaptive LED headlights, adaptive cruise control, harman kardon sound system, and a panoramic sunroof but CarPlay is still a $500 option? Sorry to get hung up on that but the Alfa Romeo Stelvio Quadrifoglio is $50,000 less and has it as standard. Food for thought.