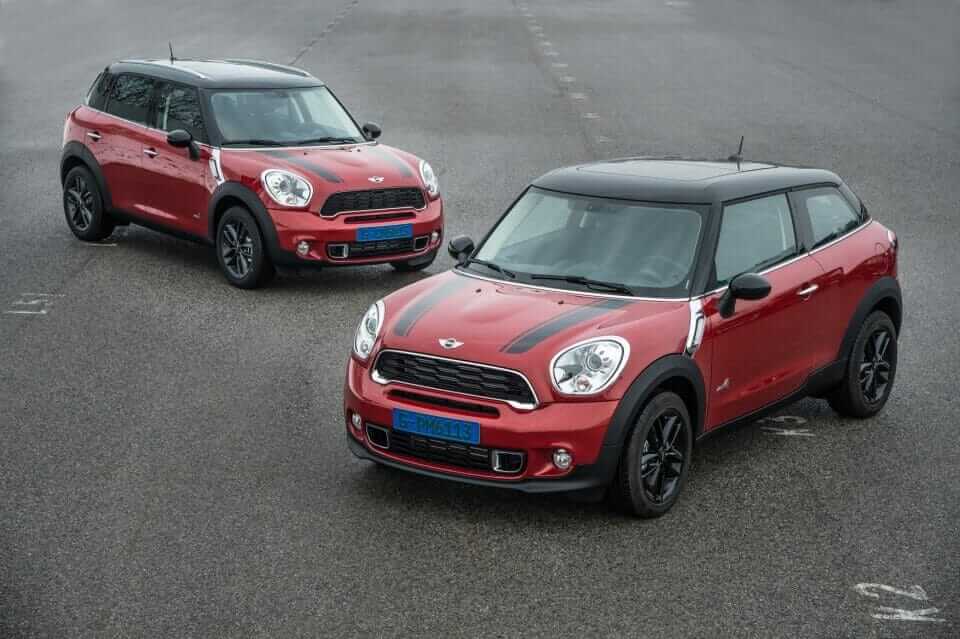 They share the same genes, but dance to different tunes; the already successful MINI Countryman is joined by the MINI Paceman in satisfying the desire of compact premium car customers for more driving fun. The move sees the brand pressing ahead with its commitment to adding new and innovative vehicle concepts to the MINI model range. To this end, the first ever MINI with four doors and a large tailgate will now be followed onto the stage by the first Sports Activity Coupé in the class.

The key shared features of the two models are a vehicle length of over four metres and the option of ALL4 all-wheel drive. Added to which, the MINI Paceman injects a distinctive style defined by sporting flair and elegance, bringing fresh momentum to the brand’s expansion into new target groups. The MINI Countryman’s qualities as a talented all-rounder have allowed it to blaze a successful trail through these parts. The Countryman spearheaded MINI’s push into the compact segment and has wasted little time in earning bestseller status: sales hit 102,000 units worldwide in 2012 alone.

Both the MINI Countryman and MINI Paceman fuse hallmark MINI proportions and design features with their own individual characters. The MINI Countryman cuts a robust and versatile figure, highlighting – without the need for a second glance – its ability to push back the boundaries of urban mobility. Details like the distinctive contours of the large headlight units and the roof’s striking “helmet” form expand the MINI design language and leave an unmistakable mark on the compact segment.

The MINI Paceman likewise exudes power and presence, the gently downward-sloping coupé roofline, long doors, side windows tapering towards the rear and muscular tail helping to push the three-door newcomer’s sporting elegance immediately to the forefront. The design and aura of the MINI Paceman offer a reliable preview of the entertainment awaiting the driver. Its standard specification includes lowered sports suspension – a clear show of confidence in its ability to exploit both the power of its engines and the talents of its ALL4 all-wheel-drive system to deliver unbeatable agility on city streets and twisty country roads alike. 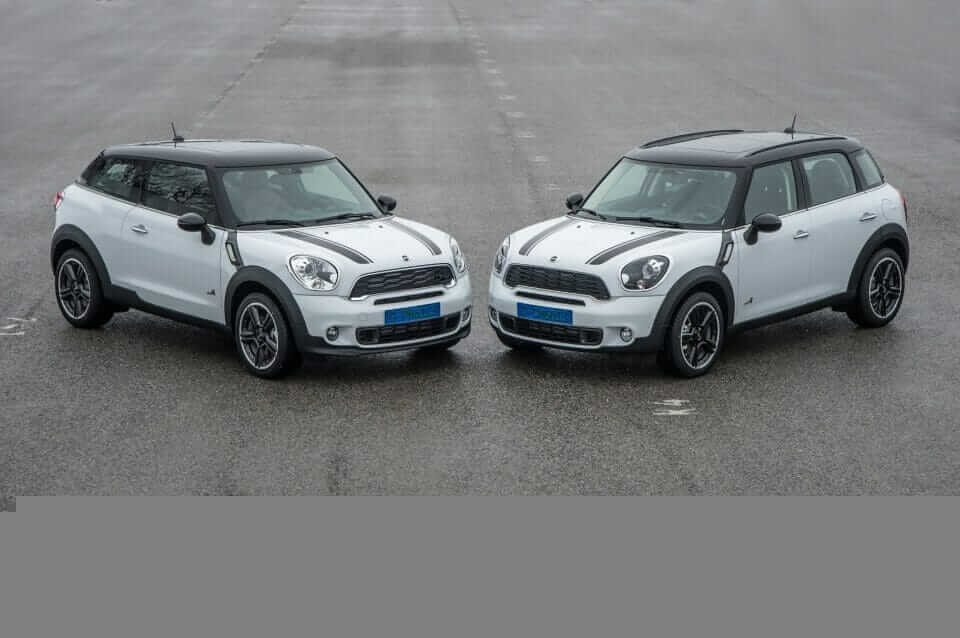 A line-up of four engines – two petrol units and a pair of diesels – with outputs ranging from 82 kW/112 hp to 135 kW/184 hp are available for the MINI Paceman, and a six-speed automatic gearbox can be ordered as an alternative to the standard six-speed manual. The MINI Countryman range comprises two additional entry-level variants: the MINI One Countryman (72 kW/98 hp) and MINI One D Countryman (66 kW/90 hp). The Countryman and Paceman converge again at the top end of the output scale, both providing the basis for enthralling John Cooper Works high-performance models. The MINI John Cooper Works Paceman and MINI John Cooper Works Countryman are powered by race-bred turbocharged engines unleashing 160 kW/218 hp onto the road through all four wheels thanks to the standard ALL4 system. There is little to choose between the two models in terms of sprint times (0 to 100 km/h [62 mph] in 6.9 and 7.0 seconds respectively), but the somewhat lighter and more aerodynamically efficient three-door model has a slight performance edge.

ALL4 can be specified for three engine variants of both the MINI Paceman and the MINI Countryman. In each case, the engine’s power is distributed seamlessly between the front and rear axles by an electromagnetic centre differential. The ALL4 system’s control electronics are integrated directly into the management unit of the DSC (Dynamic Stability Control) system. This ensures power is sent where it is needed in all road and weather conditions. Fast and precise reactions to changing situations mean these systems not only optimise traction and driving stability, but also increase agility through dynamically taken corners.

ALL4 also allows drivers to experience the cars’ unmistakable brand of driving fun on rough terrain. However, it is not only during excursions off the beaten track that the MINI Paceman and MINI Countryman display their versatility. The MINI Paceman serves up impressive spaciousness and enhanced ride comfort for the driver and passengers in four individual seats, while the MINI Countryman offers similar benefits for as many as five occupants.

The virtues of a roomy and variable-use load compartment come to the fore both in day-to-day driving and over longer journeys. The load capacity of the MINI Paceman can be increased from 330 litres to as much as 1,080 litres by folding down the rear seat backrests. The space available on board the MINI Countryman, meanwhile, is defined by a particularly flexible range of use. The Countryman comes as standard with a three-seat rear bench, whose backrests can be split and folded 40 : 20 : 40, increasing boot capacity from 350 litres to a maximum 1,170 litres. Both models can be ordered with optional model-specific storage packages to raise functionality another notch. Versions of the MINI Centre Rail storage and attachment system tailored specifically to the MINI Paceman and MINI Countryman are included in each model as standard.

All of which brings to light another shared feature of these two differing vehicle characters: each MINI Paceman and MINI Countryman is built to customer specification, which means they can be every bit as individual as their new owners.