Toyota unveiled their BZ4X concept EV at Shanghai Motor Show on Monday, showcasing the first model of a full battery electric vehicle (BEV) to be added to Toyota’s line-up.

The BZ4X, which is being developed with Subaru, is an SUV being touted as a champion of Toyota’s global electrification future. It will be one of seven BZ models to be launched globally by 2025.

BZ stands for Beyond Zero highlighting the direction of the company towards future electrified powertrains.

It’s no surprise that we’re now seeing a BEV announcement from the world’s largest vehicle manufacturer, seemingly late to the party, while other brands have danced in the EV limelight. On the face of it, it’s out-of-character for Toyota, given their history of pioneering in hybrid and hydrogen fuel cell-powered vehicles.

However, it’s not an instance of the sleeping giant waking up. In fact, there’s plenty of evidence to the contrary.

Toyota has been quietly chipping away behind the scenes with their BEV development, including possessing more than 1000 solid state battery patents, which hint at the potential of 10-minute charging times, over 500kms of range and an 80% charge capacity guarantee for over 800 cycles.

Anyway, it seems that there’s a new EV being announced everyday – why should we care about this one?  Well, when a brand as significant as Toyota releases an EV, we know that it’s bound to shape the automotive world.

After all, Toyota’s reputation is centred upon dependability rather than having the glitziest toys onboard.  Arguably, for the average consumer to transition to EV’s, the former is the most important factor.

However, Toyota New Zealand acknowledges that average consumer adoption of EV’s will take time due to the variety of infrastructure, lifestyle and cost constraints.

Toyota New Zealand CEO, Neeraj Lala states that “our priority is to offer affordable vehicles that meet the needs of all New Zealanders. This means a range of powertrain options to suit consumer needs,”

“Like hybrid technology 30 years ago, adoption and affordability will take some time. This will allow time for infrastructure, technical training and servicing to prepare itself for accelerated demand and lower cost alternatives.”

“BEVs will eventually become a sustainable means of mobility. However, it will take time as the energy mix, battery technology and infrastructure are still being developed.” Mr Lala explains.

“As there is significant research and development cost recovery on new technology this first Toyota BEV for New Zealand will not be an affordable BEV for all kiwi households and businesses.”

“Our focus will also be on how we can transition BZ4X into the used vehicle market as quickly as possible so all kiwis can become familiar and enjoy this new technology in an affordable manner. This is why we see affordable hybrids and plug-in hybrids as transitional technology and a bridge to a sustainable, low emissions future.”

Therefore, the announcement of the BEV line-up is part of Toyota’s plans to introduce practical choices of sustainable mobility to the markets by not focusing on just one powertrain type.

By 2025, the Toyota global line-up will be expanded to 70 models of all electrified vehicles including HEV, PHEV, BEV and FCEV, including 15 BEVs.

Meanwhile, we should expect to see the BZ4X hit the road by mid-next year, but no firm date has been set for release in New Zealand. 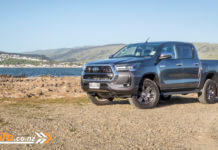