A big thank you to all the team at Armstrong Audi Wellington located at 66 Cambridge Terrace for allowing us use of a brand new Audi S7 for this review. Drop in anytime to check out their complete range of new and used Audi’s. The first question that confronts you about this type of vehicle is “What is it?”. Is it a 4 door coupe, or is it a luxury hatchback? Since manufacturers started introducing four door coupes to the market there has been an ongoing debate running through the minds of car enthusiasts. Can a four door car be called a coupe? Some say yes while others say no. Audi have managed to sidestep this by branding their four door variants as Sportback, a term which has evolved from the Fastbacks of the 1950’s and 60’s. The Audi S7’s design has also been influenced by the same era. You feel that it oozes sophistication, from a cocktail of sleek lines, smooth toned shape and a dash of aggression from the front end. This external facade disguises the beating heart of a true German super sedan, powered by a 309 kw 4.0L Twin Turbo V8. The interior is first class all the way, elegantly mixing carbon fibre inlays with brushed aluminium highlights and quilted leather S Sport seats. The S7, starting at $167,400, is set apart from the standard A7 by its sculpted front end with a highlighted front diffuser and turbo intakes either side of the distinctive Audi grille that subtly displays the S7 insignia. Any car enthusiast will know that an Audi label with an S badge is no laughing matter. The S models are visually very similar to the A model, with additional exterior body styling but that’s where the similarities end. Upgraded with uniquely tuned engines, larger, more powerful brakes, and adjustable suspension systems, all S model are true Sports orientated performance vehicles. Additional performance features like that of  the RS5 and R8 the S7 is equipped with a rear spoiler that automatically extends at high speeds to increase stability and grip. The S7’s engine, which is also shared with the Bentley Continental GT, is a twin turbocharged 4.0 litre V8 TFSI petrol engine, producing 309 kw / 420 hp and 550 Nm between 1450 and 5250 rpm. For a car weighing just over 2 tons it has tremendous off-the-line traction, with a 0-100km/h in under 5 seconds. This puts it just behind the current RS3, and previous RS6 that was powered by a twin turbo V10 from Lamborghini. With the large amount of low end torque, it is able to accelerate to high speeds without any hint of strain or turbo lag. The S7’s brakes are responsive with even control over the range of the pedal. Six piston calipers with 356mm rotors at the front and 330mm at the rear give the driver a confident feeling that they are more very capable to handling the vehicles weight. These days big, powerful luxury cars can be seen as impractical and not very eco friendly. Being one of the top manufacturers at the forefront of environmentally-friendly engine development this is something Audi is well aware of. The S7 Sportback is unquestionably a high-performance European vehicle, but unlike vehicles in the past, the 4.0 TFSI engine features a Cylinder-on-demand system and auto start-stop. When combined these reduce fuel consumption to an average of 9.6L per 100km . While cruising or under light conditions Audi’s V8 shuts down 2 cylinders from each bank becoming a V4. This happens so seamlessly that the driver and passengers will never be aware of the switch. The S7 is a very easy car to drive. Long gone are the days of the standard oversteer that came with every big powerful Audi. The S7’s quattro with Sports Differential is the next generation of Audi’s all wheel drive system combined with their latest Sports Differential technology that continuously varies the amount of power to each rear wheel. This gives the driver a planted and confident feel while making the steering light and very direct. This S7 was optioned with Audi’s adaptive cruise control with Stop&Go. In layman’s terms this is radar guided cruise control. Once cruise control is engaged, sensors mounted either side of the front bumper continuously scan the road ahead, allowing the car to reach its defined cruising speed until it approaches a vehicle ahead. The adaptive cruise control will adjust and maintain a set distance between the S7 and the vehicle ahead, matching that vehicle’s speed. This is a great addition to any regular cruise control system, removing the need to disengage or reengage when experiencing more traffic. The Stop&Go aspect of this system was a bit nerve-racking to test. Audi states that when the system is engaged the car will come to a complete stop without any assistance from the driver, matching the actions of the vehicle ahead. It did just that without any unexpected results. In fact it seemed to stop more smoothly compared to manually applying the brake, providing a truly limousine-like driving experience. The S7’s interior is as big on style as it is on perceived quality. Carbon fibre, brushed aluminium and Valcona leather make this a very comfortable and nice place to be. It is equally relaxing and leaves no strain on the driver over long distances. The family resemblance to Bentley and Lamborghini is evident in the new quilted leather S sport seats. The attention to every last detail is second-to-none, giving the S7 a more expensive feel than perhaps its price tag suggests. The MMI, as per the rest of the Audi’s range, comes with a vast array of high-tech toys, paired with a Bose 14 speaker surround sound system. The S7 also comes equipped with Audi Connect Online Navigation with Google Maps and Street View as standard.

What its up against.

The S7 stacks up well against its german rivals, leaving you room to add $20,000 of optional extras before coming close to the starting price of Mercedes-Benz CLS 500. The Audi S7 is a very impressive car, targeting the executive sector. It combines practicality and performance in one easy-to-live-with package. Stylish, comfortable, spacious and value-for-money, making it the best in its class.

Rating – AutoClique Chevron rating 4.5 out of 5 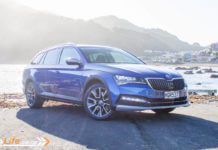