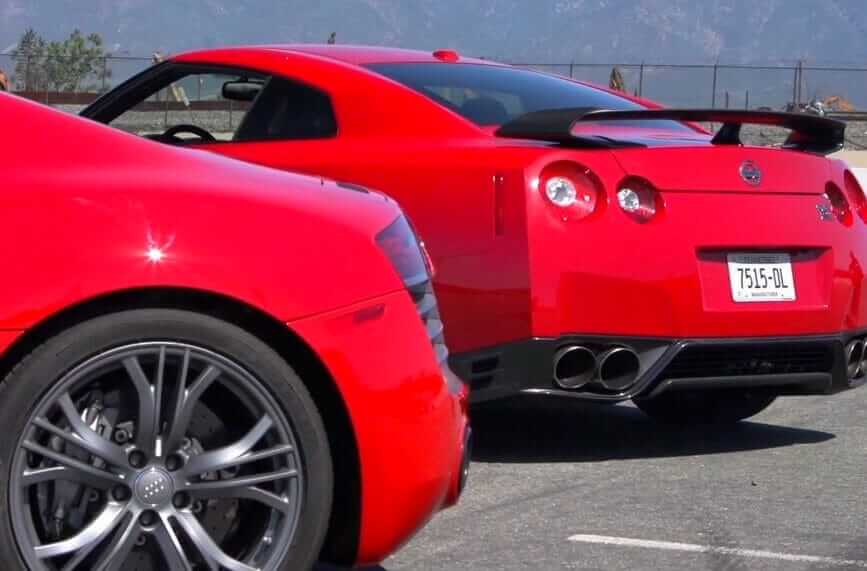 On this episode of Head 2 Head, Motor Trend’s Carlos Lago pits the 2014 Nissan GT-R Track Pack against the 2014 Audi R8 V-10 Plus. Performance wise, both these all-wheel drive monsters represent the cream of the crop from their respective manufacturers. Nissan’s GT-R comes out of the gate swinging with it’s track pack, but the R8 packs a twin-clutch transmission as well as more power than previous R8’s. In between some dynamic testing & canyon carving, Randy Pobst weighs in with his two cents as he joins Carlos at the Streets of Willow racetrack. Does Audi’s V-10 goliath have what it takes to topple the legendary “Godzilla”?