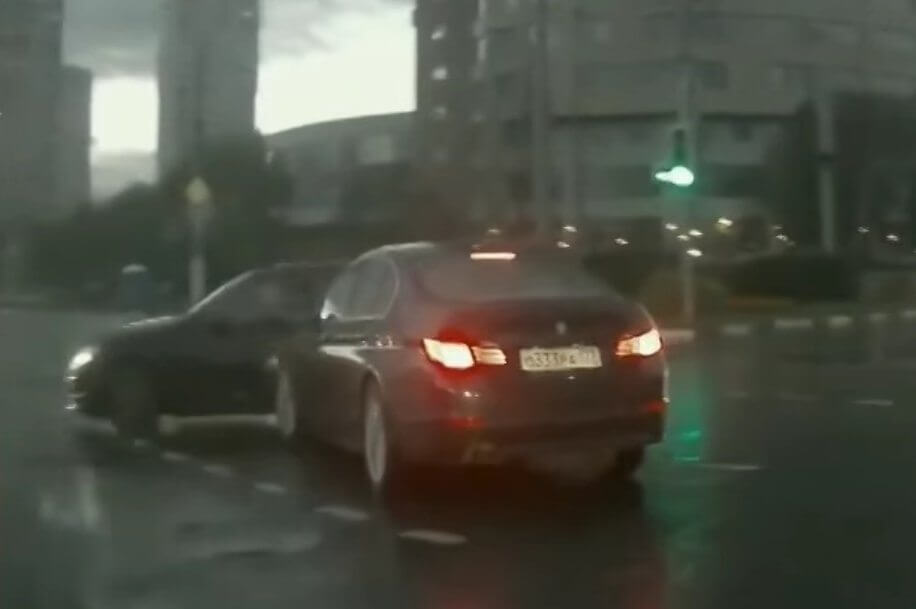 We all know how crazy the dash cam footage from Russia is, but this clip may have taken it to the next level of crazy. This BMW waiting at an intersection, and when given the green light pulls out and turns left, then suddenly jams on as out of now where like some sort of Ghost Ship this other car appears! Its got to be a trick of the camera I thought, but then again I watched it several times and cant see how a car would get to that position without it being seen earlier in the footage.  Maybe its fake, digitally composited in from different pieces of footage, if so its a damn good job.

So what you do think, real ghost car with the king of the dead driving or a complete fake ?