6 Iconic car mashups that should never exist! Abomination’s that should only be lived in day dreams for short periods of time. 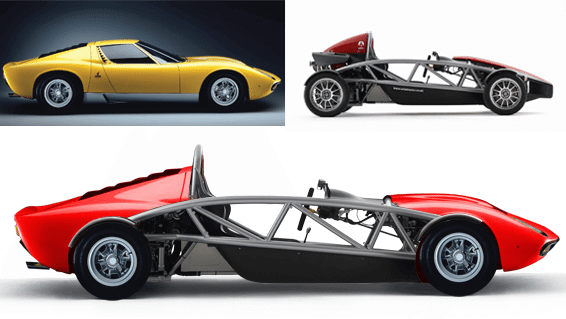 Lamborghini Muria x Ariel Atom. A classic super car that was noted as being the fast of its era, take that and apply the skeleton of a Ariel Atom we have a much faster car! 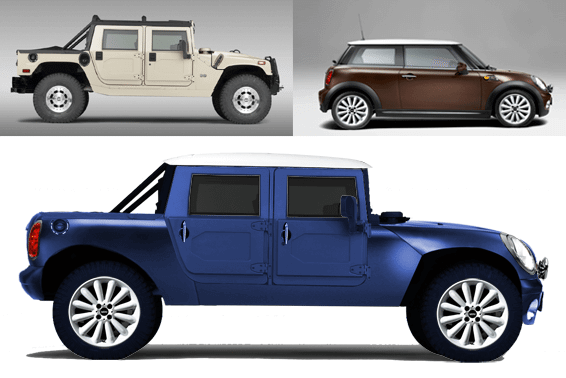 Hummer x Mini, on the scales of extreme, I could actually see this collaboration working. Could you imagine? no, just stop imagining. Well, this does actually exist. It’s called the Aston Martin Cygnet.. But on the other hand Aston Martin x Smart Car The love child of the Land Rover Defender cross with the hair dresser Mazda MX5. It’s like a driving through the country side but only you’re track on mud and gravel rather than tarmac.