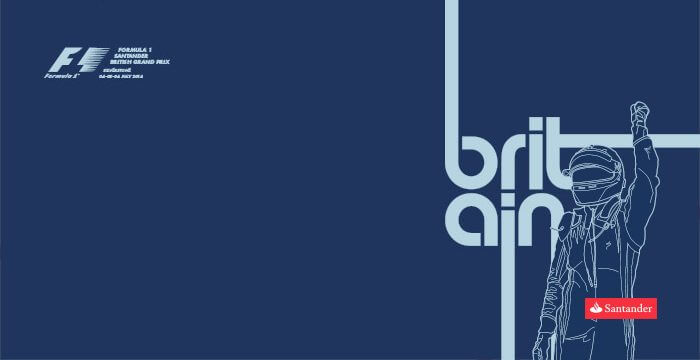 The home Grand Prix for many of the Formula One grid, the British GP at Silverstone is one of the highlights of the season for Fans, Teams, drivers and sponsors alike. It is also the traditional track for some major upgrades for many teams as they are so close to their factories that shipping and testing the parts during practice is easier than at any other time throughout the season. Expect some teams to leap ahead of their main rivals here and the season began to take rall shape. As it stands after qualifying, Rosberg is set to stretch his lead in the drivers championship taking yet another poll while Sebastian Vettel made the most of the wet qualifying conditions to come in second and a surprise for the home fans of McLaren as British driver Jenson Button will start his Grand Prix in third.

Through the front of the grid seems to have had a slight shake up I would not expect it to last as Lewis Hamilton, who starts down in 6th after making an error in his qualifying lap, comes back fighting as he did in Austria just weeks ago.

Williams have a lot to prove this weekend too as both cars suffered during practice, effecting their qualifying and starting them down in 17th and 18th. Meanwhile the true challenge to the top of the pack will come from Force India’s Nico Hulkenberg who starts between the two McLarens in 5th and Sergio Perez who sits behind Hamilton in 7th.

Any way you look at it, Silverstone looks to be a great Grand Prix, with rain forecast for the race and the unpredictability of qualifying I think it’s fair to say that anything could happen. Like so many of England’s racing circuits, Silverstone started life as an aerodrome. When the Second World War ended in 1945, England’s other two circuits, Donington Park and the legendary Brooklands, had fallen into disrepair. And so it was that the outer taxiways and interconnecting runways of Silverstone became adopted by the Royal Automobile Club as the home for the British Grand Prix in 1948. The circuit was fast and challenging and in 1949 the shape was formed that remains the basis of the track to this day.

In 2010 came some major changes to the circuit’s Formula One layout, designed to further improve the venue for spectators and provide an even greater driver challenge. The new infield layout juts right at the reworked Abbey bend before heading into the new Arena complex of turns. This takes drivers on to the main straight of Silverstone’s National circuit, before rejoining the previous Grand Prix layout at Brooklands.