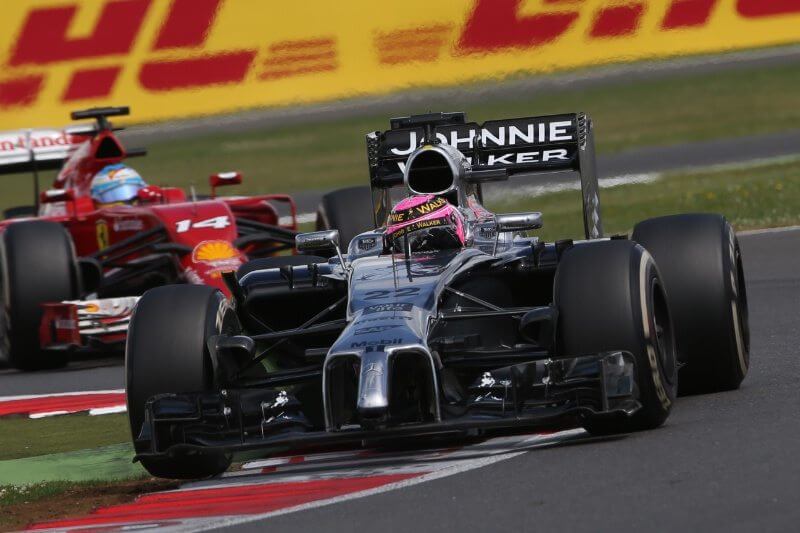 If you were like me and all fired up for what was looking to be an amazing British Grand Prix you would have tuned in live and, as a result, had a very bleary eyed Monday.

The race started off in spectacular fashion as Kimi Raikkonen’s Ferrari launched off the track in the barrier, putting an end to his abysmal weekend and delaying the race for almost an hour while the barriers were replaced. The grid reshuffled as a result, the race resumed and any annoyance in the delay was soon forgotten as Silverstone delivered on it promise with more passing and close battles than most of the season combined. Out in front Nico Rosberg was doing what he could to control the pace of his fast approaching team mate Lewis Hamilton until a gearbox failure faced the German out of the race and turned the crowed up to eleven as home favourite Hamilton took the lead of the British GP for what was to be the remainder of the race.

The real action of the afternoon however came from the rest of the pack. Valtteri Bottas made up for Williams poor showing at qualifying making his way up the grid from 17th, thanks to fantastic driving matched with a precise one stop pit strategy to come home in second place on the podium ahead of Red Bulls Daniel Ricciardo, who himself made his way up from 8th. Jenson Button almost gets my driver of the day if it was not for Bottas, managing to out drive his McLaren to keep in the top five and come home 4th. Yet the most fierce battle of the day was between world champions Fernando Alonso and Sebastian Vettel whose on track battle was also carried out over the team radios with cries of cutting over the white lines and unsafe blocking. Both as bad as eachother in their fight and adding to the fierce drama of the day.

Thanks to a stroke of luck on Hamiltons side of the Mercedes garage, he now finds himself only 4 points off his team mate in the driver championship as the battle of the silver arrows rages on to it’s native home in Hockenheim Germany. Who are you cheering on to take out the drivers championship? are you worried or excited for the role double points is likely to play at the end of the year or are you hoping your driver will pull out a lead that discounts that controversial rule?

Let us know in the comments below and on our Forums.