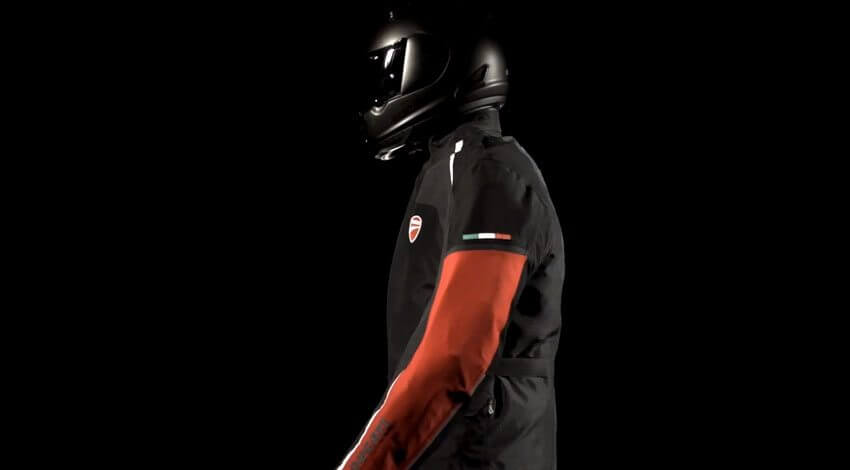 Ducati have partnered with Dainese for their new D-air system. The D-air system is a jacket with several airbags within it that can inflate in 20 milliseconds of detecting a crash to surround the rider in a protective air bag shell. The system is wireless so you don’t have to connect up cables before you head off or remember to disconnect when you get off, and because it is wireless it also allows to connect 2 jackets at once so that your passenger is safe also. Ducati has put this system into their new Multistrada 1200S Touring D-Air touring bike which they announced a few weeks ago.

The jacket has a bunch of airbags throughout its shell and can start to inflate in a mere 20 milliseconds after sensing a crash.