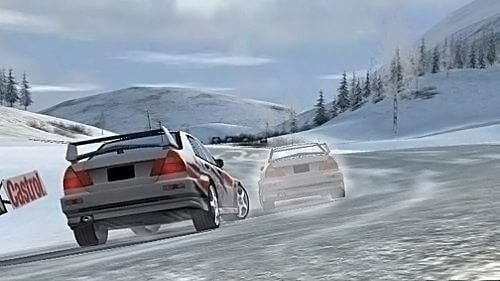 This is a pretty heart melting story, and for anyone that has lost a parent you will only have the distant memories of your time spent together. For one kid a you tube commenter (00WARTHERAPY00) this was his reality, but he was kind enough to share this touching story with all of us.

Well, when i was 4, my dad bought a trusty XBox. you know, the first, ruggedy, blocky one from 2001. we had tons and tons and tons of fun playing all kinds of games together – until he died, when i was just 6.i couldnt touch that console for 10 years.but once i did, i noticed something.we used to play a racing game, Rally Sports Challenge. actually pretty awesome for the time it came.and once i started meddling around… i found a GHOST.literaly.you know, when a time race happens, that the fastest lap so far gets recorded as a ghost driver? yep, you guessed it – his ghost still rolls around the track today.and so i played and played, and played, untill i was almost able to beat the ghost. until one day i got ahead of it, i surpassed it, and…i stopped right in front of the finish line, just to ensure i wouldnt delete it.Bliss.

His story has moved many fellow commenters, and has since been picked up by numerous publications and gone viral. He said he did not expect any of this attention, and all from just a simple comment. We wish him the best of luck and hope he continues to enjoy spending time with his ghost.