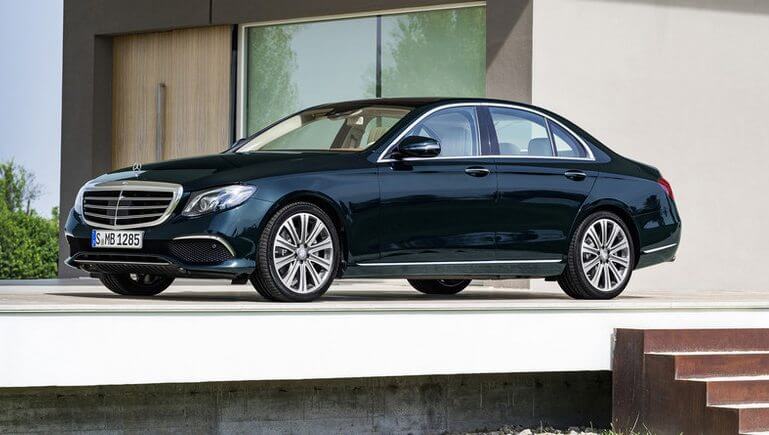 The next generation Mercedes E-Class is due to be unveiled at the glitzy Detroit Motor show next week, however these images of the new and improved large luxury sedan from Stuttgart show a closer resemblance to its C and S sibling than ever before.

Previously, from the W210 generation of E-Class (the one that introduced the four-headlight design), the E-Class has always gone in a different direction from its bigger and smaller siblings. This made the E-Class stand out in the Mercedes range and I’ve always rather liked that about it. But now, Mercedes have aligned the designs of its three core luxury sedans for reasons I cannot fathom. I suppose looking back at the C-Class W202, E-Class W123/124, and S-Class W140 the designs of those three cars were pretty similar too. So let’s just assume that’s what Mercedes’ designers were going after.

Like it or hate it, the E-Class will surely prove to still be a popular choice for those seeking a large luxury sedan. Buyers of the E-Class have been traditionally more conservative than those after a BMW 5-Series or Jaguar XF. So for them, the interior is more important. And as we’ve seen in a previous official teaser image, the interior of the E-Class is top notch. It’s as if Mercedes has tried to combine the best of both the C-Class (exterior) and the S-Class (interior) into one car. If you think of the new E-Class like that, it sort of makes more sense. Powering the E-Class will be a range of petrol, diesel, and plug-in hybrid powertrains starting from as little as 2.0-litre turbo engines. There’s no official word on what engine will be powering the top E63 AMG model, but it’s unlikely the current generation’s 5.5-litre bi-turbo V8 will be carried over.

More details such as new technologies, powertrains, and specs will be announced next week when it has its world debut at the Detroit Motor Show. Watch this space. Until then, what do you think of the design of the new E-Class?