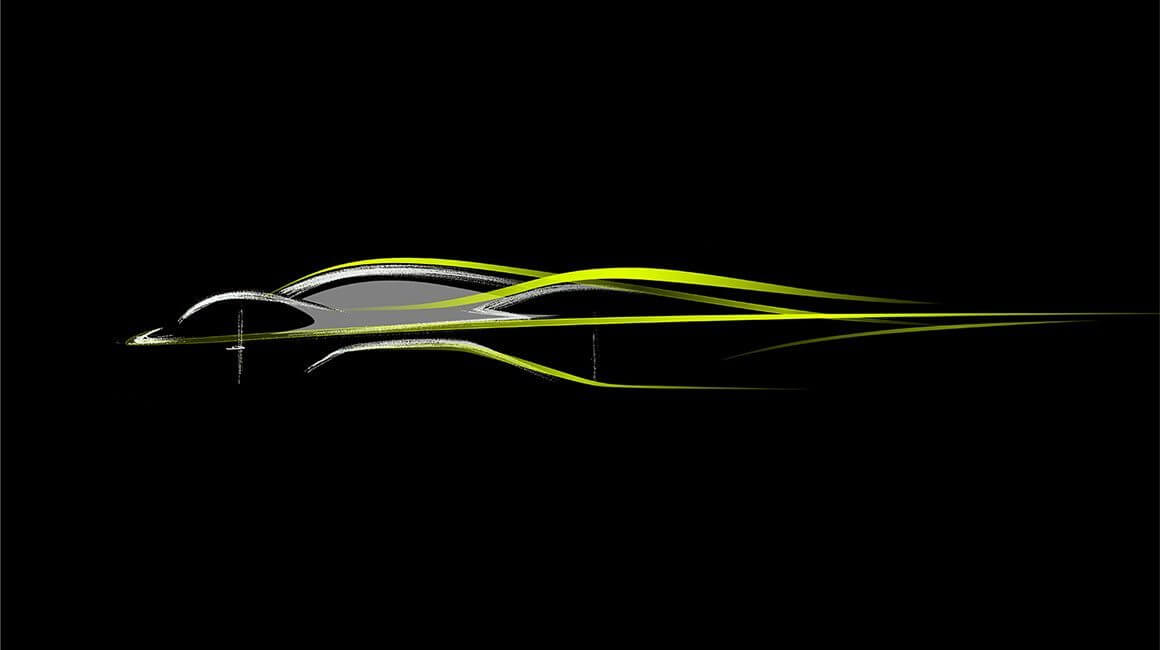 The project, codenamed ‘AM-RB-001’, is said to be a blend of Aston Martin’s style and beauty with the “cutting edge F1 technology”. Basically, what I’m hoping for is for a hypercar that’ll be styled by both art and F1 aerodynamics in mind. For now we only have this extremely abstract teaser sketch to work with.

The partnership will also see the Aston Martin logo back on a F1 car. The Aston wings will feature on Red Bull’s RB12s this season. “Formula One offers the ultimate global stage to build wider awareness of the Aston Martin brand.” said Andy Palmer, CEO of Aston Martin.

There’s no official word on what the powertrain will be, such as if it’ll adopt hybrid technology or not, or even where the engine will be placed. However, given the F1 connection it’ll be likely the AM-RB-001 will be a mid-engine petrol/hybrid, similar to the McLaren P1.

Rumours suggest only 100 AM-RB-001 will be built, by Aston’s Q department. Customer deliveries are expected to start by the end of the decade and will be sold through AF Racing, Aston’ GT race partner.

While details are a bit sketchy (pun very much intended) I can’t help but feel excited about this project. Now that McLaren’s, Porsche’s, and Ferrari’s hybrid hypercars have finished their production runs Aston will have the market for a multi-million dollar hybrid-hypercar to themselves. It’ll also allow them to take on the likes of Bugattis, Pagani, and Koenigsegg.

So while this is a return to F1 for Aston, it’ll also be Aston Martin’s first production mid-engine car. They did dabble with mid-engine cars in the past such as the Bulldog Concept but it never got the green light.

“We will be harnessing our Formula One DNA to produce the ultimate of all road cars.” said Christopher Horner, Red Bull Racing Team Principal. There’s a lot riding on this project and a with a claim like that you can’t help but have high hopes.