Sort of. The image you see is a sketch revealed in a video released by TVR showing off their past, present, and of course, future. The new TVR two-seater GT sports car is set for a 2017 launch.

A render of the upcoming car was shown on TVR’s website earlier this year but this is the first time we’ve seen it from a face-on view. I can see a bit of Corvette C7 and SLS AMG inspiration in the front. That’s no bad thing at all.

Like the Corvette and SLS, this new TVR will most likely have a V8 under the bonnet. A Cosworth-tuned V8 no less. There’s no official confirmation on this yet, but multiple reports have suggested a Ford Mustang sourced 5.0-litre V8 is the most likely base engine. 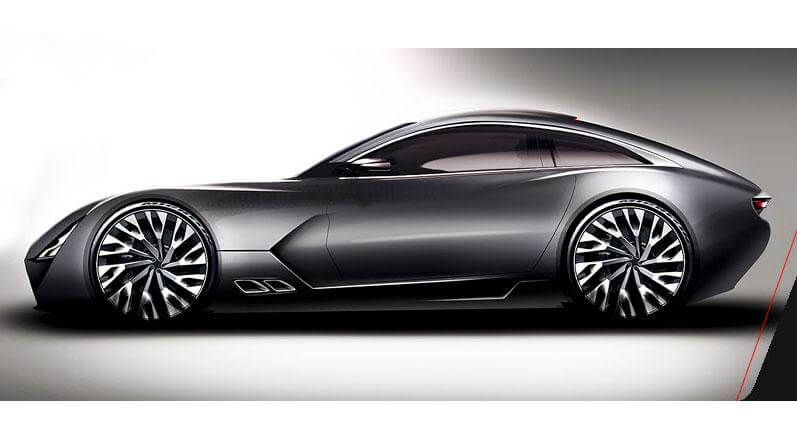 The first of the new TVRs will be constructed with carbon-fibre chassis and body panels. However, after the ‘Launch Editions’ are complete, “regular” cars will have aluminium chassises and fibre-glass bodies. The carbon construction will be an optional extra.

The car will be built in a fancy new factory in Wales. TVR expects to sell around 1500 cars per year. They’ve already received 350 deposits. Prices are expected to be around the £55,000 ballpark.

So, it’ll be made in a modern factory, built in a modern way, and using modern materials. Let’s hope it’ll still retain some of that old-school charm that made TVRs of the past so likeable.