Ah, Monterey Car Week. It’s that time of the year again for the rest of the world to watch in awe and extreme envy as a week long of some of the best car events are held in Northern California. Among the various auctions, rallies, and motor shows held during this weeklong petrol-orgy is the Pebble Beach Concours d’Elegance held on Sunday.

Historically, this has been where manufacturers, owners, and everyone else showcase their latest and greatest. This year is no exception. Mercedes is just one of the several manufacturers to show unveil a new concept car at this year’s Pebble Beach. And boy, what a concept car it is. 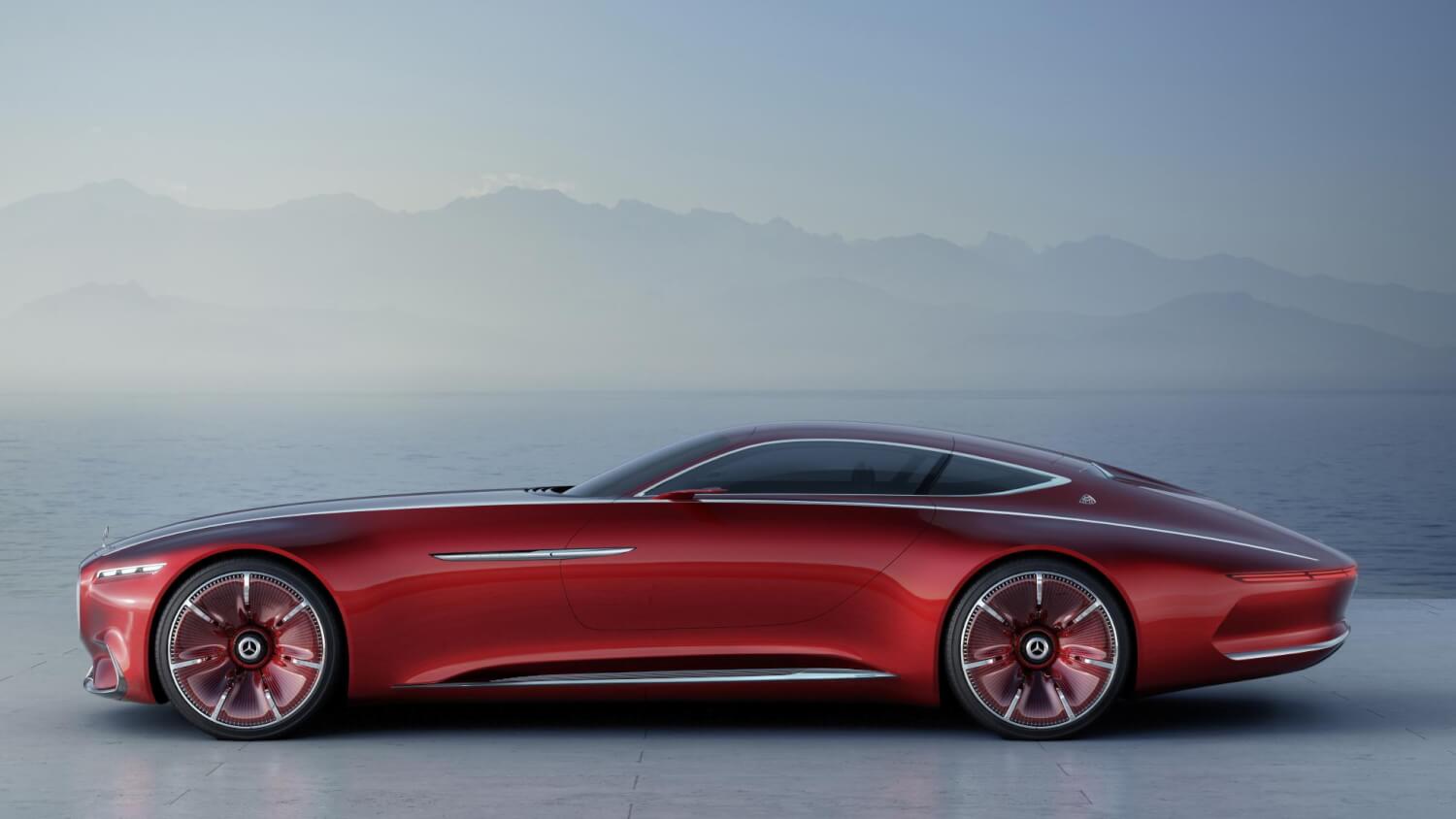 Dubbed the Vision Mercedes-Maybach 6, it’s a reinterpretation of classic aero-styled coupes from years gone by. Mercedes stress it’s not a “retro design” but a design influenced by the greats during the pre-war era.

The ‘6’ in its name refers to the overall length, nearly 6-metres (5.7 to be exact but Vision Mercedes-Maybach 5.7 doesn’t have the same ring to it). That’s still marginally longer than the already massive Rolls Royce Drophead Coupe.

Mercedes haven’t confirmed any plans to put this into production yet, thought I genuinely hope they do. Should this get the green light and carryover the concept’s powertrain those plutocrats that’ll buy these can drive them with zero guilt as it’s an EV. Yes, this 6m long (okay, 5.7m long) 2+2 mega coupe is as eco-friendly as a banana. Driving this luxo-behemoth are four-electric motors powered by an 80 kWh battery. The combined out is around 750hp/550kW resulting in performance figures of around 0-100 km/h in under four seconds and a top speed of 250 km/h. Owners, or rather the staff of the owners, will be able to charge the car either via cables or wirelessly. A 5 minute charge is enough for 100 km of range. More than enough to go out into the countryside to bury some dead hookers.

Open the gullwing doors (yes, I repeat gullwing doors) and you’re greeted with what Mercedes calls a “360º lounge” but you and I know that’s not a lounge. A lounge must always have several old copies of car magazines. Mercedes say this combines analogue and digital technologies. So you get a steering wheel and proper circular dials, but the windscreen is also a transparent infotainment display. But fret not because if you think that’ll be distracting when you drive the car, the Vision 6 also has autonomous functions to takeover the tiring task of driving for you.

So it’s a very typical Mercedes concept. Lots of futuristic tech ideas, lots of mentioning of their 130 year heritage, and a whole lot of drooling from me. But this could signal at more Maybach models in the future. They did experiment with the Excelero Coupe Concept before. Heck, the production car doesn’t even need to be a 750hp/550kW EV. I’d be perfectly happy with the 5.5-litre twin-turbo V12 from the S600. 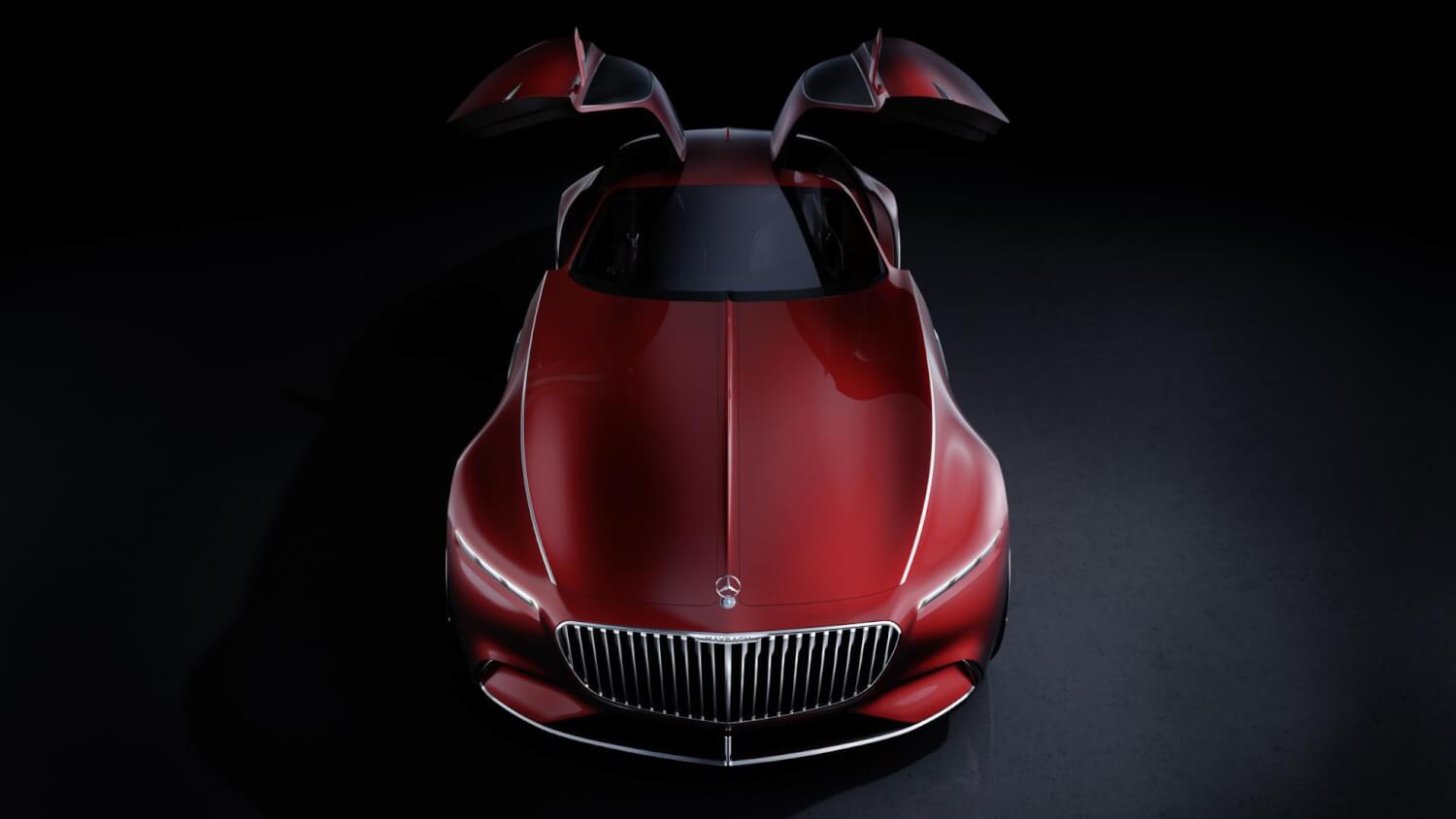 Come on Mercedes-Maybach, you know you want to.