The Toyota Land Cruiser 70 Series has been around for over 30 years, and still looks very much like it did back in the 80s. It’s designed to be able to drive on just about any terrain, and because of this it’s used all over the world by law enforcement, aid workers, governments, farmers… the list goes on. It has been updated for 2017 to comply with new safety and emissions regulations. Toyota were keen to know if we wanted to put this one to the test. The 70 series can be purchased as a bare chassis with either two-seater single or five-seater double cab, or as a five-seater wagon. All trim levels have the same 4.5 litre V8 turbo diesel engine and switchable 4-wheel drive. This is connected to a 5-speed manual transmission with high-low ratio selection and front and rear diff locks.

The wagon at $84,980 is pretty much the same as the base spec but with 60/40 split rear doors. It does gain an oil pressure warning and that much desired variable delay wipe. The wagon can only be ordered in white or blue. This is a huge truck! At over 5.2m long and nearly 2m high it feels like it’s a size bigger than most other vehicles on the road. This is partly because it has so much ground clearance – 283mm to be exact. Our test car came in French Vanilla, or white as I like to call it. It has a utilitarian, chunky look to it, which I think is really good. That big bonnet air scoop adds to the image too. Our test vehicle was equipped with a Toyota metal tray – RRP $4152 fitted – which included a protective guard behind the cab and step hoops on the sides to enable you to climb onto the back. Wow, climbing up into the interior of the Land Cruiser is like stepping back in time! The floor is vinyl, the dash is hard, grey plastic, as is the centre storage cubby. The doors are vinyl-covered too, with just a handle, lever to open the door, and a manual window winder. This last one confused my six year-old daughter at first as she’d never seen one.

Another thing she had never seen in a car before was the ashtray and cigarette lighter!

Heater controls are simple sliders – hot/cold, inside/outside air, and one for what vents it comes out of. There’s a double knob for fan speed and the amount of aircon you want.

The dials are analogue affairs with a big rev counter and speedo, and in the centre are fuel gauge, oil and water temp and battery voltage. There’s a digital odometer and trip counter and that’s your lot. The only concession to modernity is a double-DIN stereo with a touch screen. This displays the reversing camera and also has Bluetooth connectivity, USB and Aux inputs. The two speakers are mounted under the dash and are about 10cm across, so don’t expect stunning sound quality.  But they’re good enough to provide you with some driving music, and the phone integration works well. I even managed to make a successful call using the unit’s voice command function.

The seats are basic-looking but comfortable with side bolsters big enough to give you all the support you need. They’re adjustable enough to get nicely comfortable. The chunky, plastic steering wheel adjusts for both height and reach. This means you can find a decent driving position, which is slightly spoiled by the fact that the pedals are all offset to the right. It’s something that you get used to after a while though. It took me a couple of goes before I worked out a graceful way to get into the Land Cruiser 70 – it’s a long way up to that cab! That was after the first obstacle – having to put the key into the lock and turn it to be able to open the door. The passenger side is also manually unlocked. No central locking in this truck!

Turn the key and that 4.5 litre v8 turbo diesel roars into life. A quick prod of the throttle causes the whole 2.2 tonne vehicle to rock. This is a childishly satisfying thing to be able to do.

I put the truck into gear and pulled out into traffic. Visibility is great with those tall windows and big side mirrors so it was easy to spot a gap in traffic. First gear is pretty low and is only really good for getting you moving along. This truck does set off with surprising vigour given its bulk. Maximum torque of 430Nm is made from 1200 RPM, which helps to make it feel pretty quick. The clutch is surprisingly light, making changes with the long-throw gear lever a breeze.

In normal road use the truck doesn’t feel too ungainly. It’s not overly wide at 1790mm, so it’s easy to position and get through gaps. Some manoeuvres have to be planned carefully as the steering is quite slow, and it has a turning circle of around 14 metres. But around town and in traffic it’s better than you might expect, with a reasonable ride quality, really good acceleration with all that torque, and of course the high driving position allowing you to look down on SUV users and see around corners. Get onto the motorway and getting up to 100 is easy so you’re not holding up other traffic. There’s cruise control – with the usual slightly awkwardly-positioned Toyota control stalk. Cruising at 100kph in 5th, the engine is barely ticking over at around 1000rpm, so noise isn’t bad at all. In fact it’s much more refined than I expected. There’s the roar of the V8 but it’s muted and well damped. Similarly, road noise isn’t as loud as I expected with those chunky tyres. The main noise is wind as that square-shaped cab forces its way through the air. But even at 100kph with what wind, engine and road noise there is, you can have a normal conversation, or hear the music from those little speakers without any issues. At speed the steering can be a little vague, especially if you get a strong side wind. It can feel like you’re piloting a boat sometimes!

My first job was to collect my daughter from school in the truck, which she thought was awesome, especially being able to throw her stuff into the back. It was a bit conspicuous amongst the mum-wagons and SUVs.

We used the Land Cruiser for various jobs during the weekend – collecting firewood and pallets, dropping off a big cupboard for someone, a run to the tip. It got a lot of positive comments everywhere we went as it is an impressive looking thing. It’s pretty high for loading things onto, but that’s made easier by the fact that the deck is flat, and the sides fold right down out of the way.

As I’m a bit of an off-road novice, for the Land Cruiser 70’s final test I enlisted fellow DriveLife writer and offroad mad Rob McDougall to accompany me in some off-road activity. As you can see from the photos we gave it a bit of a workout. I was nervous at first, but once I saw the ease with which it tackled what looked like impossible obstacles, my confidence grew, and after a while I was driving up steep banks, through deep mud, puddles, ruts, rivers and tree-lined forest tracks. Where other trucks might need a generous dollop of throttle to cope with an obstacle, the Land Cruiser, in low-ratio, just crawled up, down or over them. It made it look effortless. We dug a couple of trenches with the towbar, but otherwise there were no issues. Even when we ended up wading a little deeper than intended in the river when the riverbed slid out under the truck, putting it in reverse quickly and easily pulled the truck out. Around town, the Land Cruiser makes a lot less sense. Finding a parking space it will fit in properly can be a bit of a challenge, though reversing it and getting it in position is easy. Most of the time I preferred to stick my head out of the side window rather than use the backup camera, but it does help to make sure no-one is walking behind.

Overall I loved this truck. Yes it’s very basic inside, but it’s also simple, meaning there’s less that can go wrong. And this is important if you’re working in the middle of nowhere. It has everything you need, and nothing you don’t. Well, there isn’t really any. There are other highly capable off-roaders, and other 4wd utes, but nothing in this price range, nothing this utilitarian. Chances are if you’re looking at the Land Cruiser 70, nothing else will meet your requirements. I think driving the Land Cruiser 70 has caused me to grin more than any car since the MX-5. It’s so much fun to tool around in, both on and off road. It’s not really the sort of car most people would choose as a daily drive of course, it’s a work truck. It’s not cheap either, but it comes with a five-year warranty, and will hold its value well. If you need to get your vehicle to just about any spot in New Zealand then there’s really no other choice. 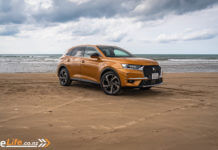