From the grown up Q3 to the self-confident and extroverted Q3 Sportback, is this the way things will go as the SUV market now holds over 50% stake in all vehicles sold in New Zealand? Will this spunky SUV live up to the RS legend and will it make customers think again before buying a hot hatch?

The RSQ3’s come available in 8 different colours: 3 metallic, 1 pearl effect and 4 solid paint finishes. The range is a bit outside the normal colour pallet for Audi, with a bright blue, bright green and deep orange available within the solid colour range. Some really great colours, which work really well with the RSQ3’s design. Sadly our RSQ3 was spec’d with the pearl effect Daytona Gray Pearlescent. I would have loved to see the new Kyalami Green finish.

For a full range of the specs and options available for the RSQ3 and RSQ3 Sportback, check out Audi New Zealand’s website – WEBSITE LINK

It’s a real shame that the review car was not in the punchy blue or green, that would have really made a statement. The Daytona gray, blended into the rest of the cars in the dealership, leaving the RSQ3 as a bit of a sleeper. It had some aggressive styling, big grilles and silver accents that gave it a sporty feel. But it didn’t scream to the heavens like the bigger RS6 would, saying “I am high performance, hear me roar”.

If you don’t want to be too much of a showboat, this could be what you’re after in a performance SUV. Overall the styling is nice, sharp lines with muscular flares on the front and rear arches. The wheels were just right too – the angular design worked well with the grey, really setting it off.

This is the point where I started to feel that this may not be all that I would expect from the RS badge. Being an Audi driver for many years, I had become accustomed to the RS badged models being a bit over the top in every aspect of their design.

The big difference inside the RSQ3 were the seats, not as basic as the other variants. The front seats both had a serious-looking performance seat, with wide side bolsters and sculpted head rest support. They looked like the meant business, and they looked pretty up-market too. The standard options for seats comprise a full leather seat, with the honeycomb stitch pattern in the centre of the seats. You can upgrade this so that this honeycomb is swapped out to alcantara, for an even more sporty and luxurious feel.

The new Audi dash layout of the Q3 and Q3 Sportback continues in the RSQ3, it’s nice and simplistic. There are two main locations for buttons; under the central touch screen in the middle and to the right of the steering wheel. Everything else is controlled from the steering wheel or the MMI infotainment screen. The only real downside to the touchscreen is fingerprints, something no one has yet found a solution to.

Much like my experience with the Q3 Sportback I found the phone reminder feature a bit full on. A loud voice that says “your phone is still in the car” on the wireless charging pad. It’s a great feature and it works every time. With so many keyless touch options, it’s easy to forget that your phone is not in your pocket or handbag (I assume, my handbag was at home) and you just jump out of the car. Other brands have tried a range of notifications, but this one works the best.

The other major change is to the steering wheel. This change is a subtle one. The thumb button on the right hand side of the steering wheel has changed from a star (custom button) to an RS button. This is where the excitement begins, with a quick press of this button you can quickly change the entire vehicle into one of two RS modes. Both RS1 and RS2 modes can be fully customisable to the driver. For example, RS1 could be set up to have the engine, gearbox and exhaust loud, but to keep the car in comfort mode for daily driving. RS2 can then be set up for track with everything set to the max.

One thing I was surprised to find was the keyfob. It was an old Audi keyfob, the same keyfob that my own 2009 Audi RS6 had. The 2020 RS6 had a really nice keyfob, which I would have expected to see here, but no such luck. Maybe it’s partly how they achieved the good value for high performance, cut out some of the frills.

The boot space goes unchanged too, 530 litres with the seats up and 1525 litres with the rear seats down. It has two side compartments beside the boot opening, to stop smaller items from rolling around the boot. Access is also really good, super easy to lean into the back and reach anything you put there. I also liked the spare wheel compartment lid, which has two clips that hold it open when access is required. Simple but not many brands do it.

I have been spoiled with RS review cars this year, first the 2020 Audi RS6, this Audi RSQ3 and right after I will be driving the Audi RSQ8.

The RSQ3 in normal comfort mode drives as well as the Q3 and Q3 Sportback. It’s when you push it into the sports modes that you see a real difference. There was however a bit of a drone from the exhausts in the comfort driving mode that I did not expect to hear. Somewhere between quiet and boyracer, but not quite Audi performance.

In most of the modern automatic cars, there are a range of ways to get from normal every day driving mode to the sporty and shortest modes. In the RSQ3, you have the gear stick pull back feature, which quickly flicks the driving mode from D to S. And in the RSQ3 there is the RS button on the steering wheel. You can also select the driving modes from the central display, however this is not as quick or natural as using the other methods.

The gearstick quick shift from D to S was not as dramatic as I would have liked. The car did feel a bit more sporty or peppy. The sound doesn’t really change either, which makes you feel you’re only getting part of what’s available. When you put the foot on the floor, the power just comes on gradually. Not really what I had expected at all.

Thankfully when you use the RS button you see a real change to the entire vehicle and its performance characteristics. RS1 mode has been set up to have everything set to the max while keeping all of the safety systems in check. The engine, gearbox, and suspension all changed ready to go. The low drone from the exhausts also changed to a much better sound, more accustomed to an Audi performance vehicle.

This is what I had been waiting for, now the RSQ3 was speaking my language. It was edgy, itching to go at a drop of a hat, or flag. This time, when my foot met the floor, it was an entirely different situation. I was instantly pushed back into my seat and the entire vehicle propelled to 100km/h in under 5 seconds. The gear changes were quick and smooth, almost an unnoticeable event except for the loud rasp from the exhaust with each change.

I am not sure what Audi did to set up the RSQ3, it drives more like a car than it should. It’s taller and should have more body roll, but the dynamics feel similar to a car. You can push this car and it just keeps on delivering corner after corner. In the best dry conditions and in the rain too. The quattro system must be working overtime, but that’s what it’s there for. Leaving you to enjoy the drive, every heart beating second of it.

With any RS, you should know from the moment you jump in it that this vehicle is not designed to be economical. Its about power and performance, getting the most out of the engines you have. Which is why, after a week behind the wheel I was seeing an average of 12.5 l/100km. Which is not great, for a midsize SUV, but good for a high performance one.

Overall the car feels quick and ready for action, but I was always left with a feeling that more madness could have been achieved with this RS model. You will have to make up your own mind when you take one for a test.

It’s not often that we have three well-known high performance brands with such a large price gap between them. This is partly due to the difficulty of comparing apples to apples and the different sizes of vehicles available from the brands. The RSQ3 could be compared to the BMW X2 M35i, however the RS badge symbolises the ultimate performance spec, and the X2 does not come as an M model yet. Which leaves the RSQ3 slap bang in the middle of the different options. 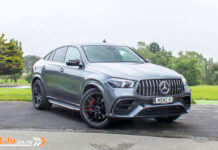 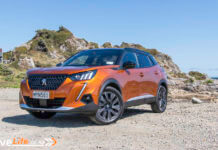