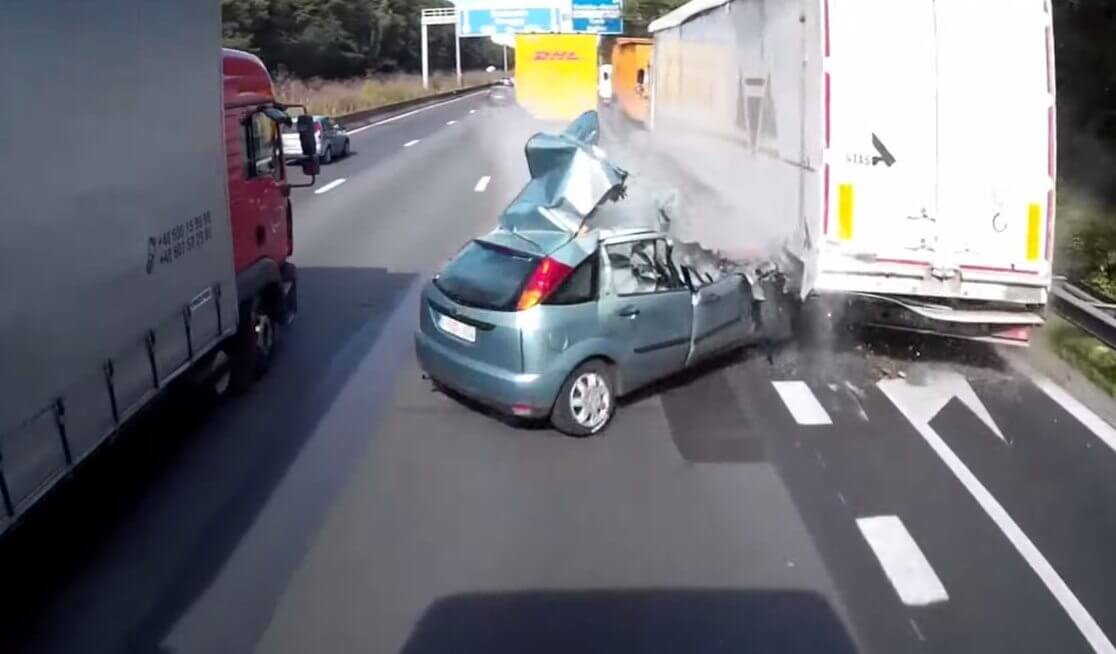 I see this kind of driving all the time, so many people risk crossing several lanes at once, to either make a turn off at the last minute or just due to impatience. This is one of those very unlucky times, where it just went from bad to worse real fast, as the lady driving the Ford Focus in Belgium tried to cross 4 lanes of traffic in behind a truck, without checking if the lanes were safes to move into. The truck in the third lane hid the truck in the forth lane from the driver due to here tight travelling distance which left her no time to react. The driver hit the truck which then twisted the car back out into the third lane where an another oncoming truck them impacted the car.

Carscoops reports, that the crash put her in a coma, shattered her hand, and broke her top two vertebrae, but she is recovering.

Thank god for that, as I have no idea how anyone could have surrvied two massive impacts like that. Hopefully a lot of people will not take similar risks after watching this video.