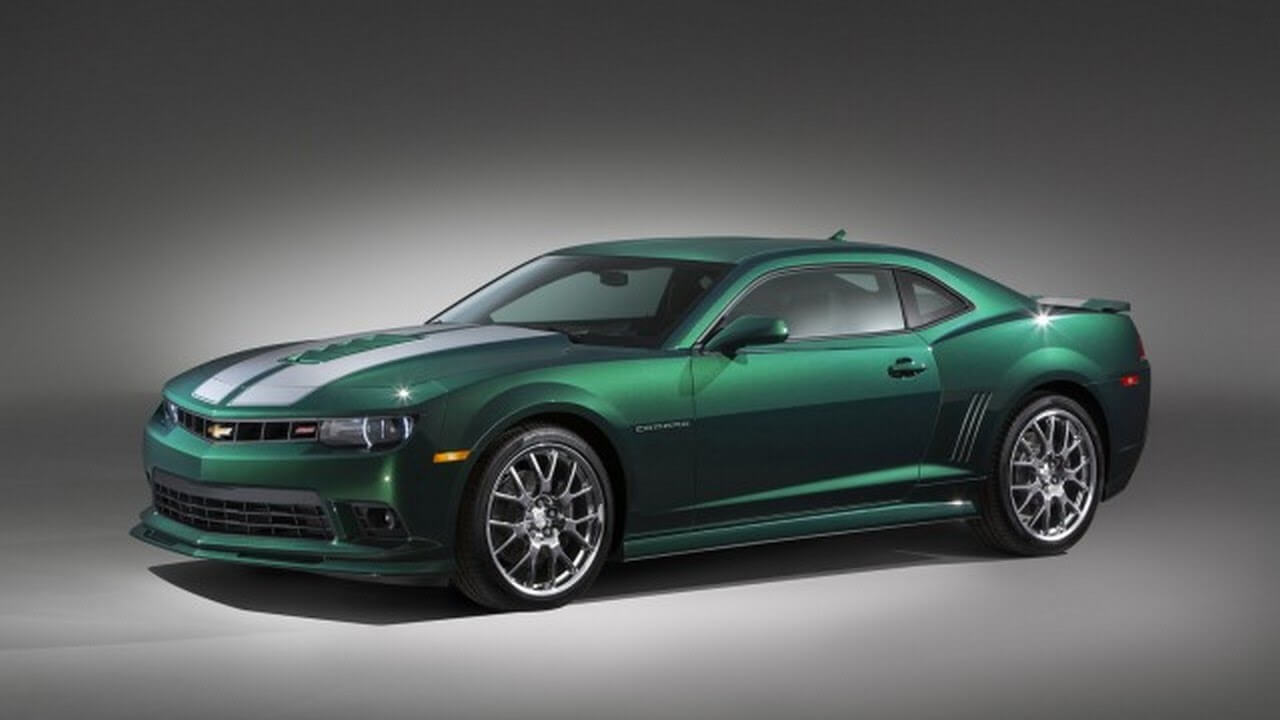 Searching for cars again today, with the heat it’s starting to wear a little thin. As we’ve been talking to multiple dealers, I’m starting to lose track of what car is where. Regardless, today we have another selection to look at.

First up is a Chev dealer who has a still-new 2015 Chev Camaro SS2 with the ‘Flash’ option package. On the web, this car is stunning in emerald green sitting on 21” polished chrome wheels. We rock up to the dealership and the sharks are waiting outside, ready to circle us (I wish I was joking). The first salesman approaches me, asking what I would like to drive. I ask him about the green Camaro, and he knows the car but it’s stored at another lot. Those 2015 new cars are hard to move, I expect. Everyone in the USA wants a 2017 car NOW, not a 2015 model. We go back and forth, along the lines of me asking what the lowest price is, and him insisting I drive the car first. I say no, price first then drive if the price is good. He comes back with a left hook of, no – drive first then price. In the end I win (it was a struggle) and we go into the air conditioning (yes!) to haggle. I’d seen on his website that any 2015 new cars have an instant $8500 discount, which is great – but this car has an MSRP of over $47K, so it’s beyond our budget, but worth haggling over.

In the end I offer him $35K, and he goes off to chat to his manager. No, too many options for that price. We part ways; I was disappointed in not seeing the car in the flesh, as this time I think I may have almost paid anything for that car – simply stunning in my view.

Next up we decide to look at a used option. A used car dealer has a 2015 Camaro SS2 6.4 auto for $26,000 plus taxes (everything in America is always plus tax – even an ice block from a store). It seems a lot for a used car but we decide to go look at it and drive it anyway.

The car is black on black and at 26 degrees Celsius outside, it is stinking hot to touch and be inside of. After getting clearance for me to drive it (“this car is in my Performance Section, sir”) we head out around the block. Yes, lovely big-block V8 noises and performance to go with it. The rear seat room is not as bad as we thought, and even though the boot has a tiny (TINY!) opening, it would take two suitcases. Just.

There were bad points with this car. It’s an ex-rental and shows it. The touchscreen is cracked (“that will be covered under warranty sir” – yeah right!) and it smells like someone has smoked in it. We keep this car as an option, but not really.

We seem to be on a Chevy roll as next we head to a Chevy dealer to look at a new Camaro SS. The MSRP is $39K which is above our budget, but I’m hoping to haggle this down if I can. Just trying to get some options going. We turn up at the yard and one of the many, many salesman goes off to look for the Crystal Blue Camaro, which is showing as being in stock. A long 15 minutes later he comes back to say he can’t find it, and that they have plenty of grey ones in stock. NO THANK YOU was my reply. Like New Zealand, the USA is full of grey and silver cars. Bleh. However he does have a red one in stock and we walk for ten minutes solid, to the back of the yard. But it’s a flat red and looks just not very nice.

At this point I’m starting to think we aren’t going to have much luck today, but then a call comes in from the Dodge dealer from Friday. They’ve cleaned the car and would I like to actually drive it? I query them on the price, since this car has done 250 miles or so, and they agree they will move the price down.

Since we are just minutes away, we decide to bite the bullet and return to the yard where we had a most unpleasant experience a few days ago. Yes they have cleaned it up, and it looks stunning. Time for a drive! However, our problems with this dealership haven’t finished. The car is out of gas. We are heading to a Dodgers baseball game, so can’t wait to get mucked around anymore, so we agree to come back in the morning for an actual drive of the 375HP Challenger and discuss the price. Surely this time?

By the way, the Dodgers games was incredible – the atmosphere at the stadium was electric, with the crowd of 40,000 really getting into the chanting and other things that go along with being a Dodgers fan. The Dodgers win by 1 run, so everyone seems happy, except the San Diego Padres who lost.

Another driving observation: I love the HOV lane on the freeways. We call it a car pool lane, but for more than 2 people, it’s the way to go. Traffic flow better (and faster) in the HOV lane and we use them whenever we can. Where the speed limit is 65mph, most traffic moves at 75mph, and the HOV lane sometimes faster. And don’t think the roads are better – they aren’t. Undulations, big holes and patchy asphalt or concrete is common, but still the traffic flows quickly and above the speed limit. Well, until there’s a traffic jam of course!

Day 4: We are almost there!

After yesterday’s let downs, we are really hoping today we will buy a car. We’re booked in to go back to the Dodge dealer and drive the Dodge Challenger RT Plus.

At last we get to drive this beast. It has a half tank of gas and is ready and waiting for us. We’re serious about buying this car, and I’m not interested in just a drive around the block, so we head out of the dealership and onto the freeway. The clutch is heavier than I expected, but that simply means heavier than my Fiat Punto, which shouldn’t surprise me. The take up is perfect but it needs a solid foot to push it down. The 6-speed manual is nice, although with 250 miles on it, still feels a little stiff. The torque of that engine (410 ft/lbs/555Nm) means almost no throttle is needed to get it off the mark, and after a while second gear is pointless. In fact the gearbox tries gently to move straight from 1st straight to 4th, and this is by design. Double-clutching down from 4th to 3rd brings some nice, raspy backfires, and a smile to my face.

I love this car. The sound it makes is superb, it drives great for the ten mile jaunt we took it on. In fact we did hit an onramp marked at 25mph a fair bit more than that (teach me for talking and not watching the signs!) but with the Super Track Pak option, it sat flat and stuck like glue on those 245/45ZR20 tyres – or should that be tires? I would have thought with a 3.9 diff it would have been a bit higher revving, but the gearbox isn’t really a close ratio one, so 6th gear sees few revs at 70mph.

Does it perform? Okay, a 426HP Camaro will see it off, but how much difference will that make in New Zealand? With a 0-100 time of around 5 seconds, this is plenty fast enough for me.

I’m a happy man – this is the car, as long as we agree on a price. We do, and it’s a good discount on the original price they had asked for. So tomorrow it’s off to the bank for a cashier’s check, then we will at last own our muscle car!