The DS 5 is the second generation model that was first revealed at the Shanghai Auto Show in 2011. Although Peugeot and Citroën products have shared platforms and principal components since the closing decades of the twentieth century, in 2011 the DS5 became the first Citroën branded car to be assembled in Peugeot’s lead European plant at Sochaux. The DS 5 was, for want of a better word, a crossover. It was a hatchback, and estate and shooting brake, while having the size and volume of a mid size SUV, targeting the upmarket large family market.

In New Zealand the DS 5 comes with only one trim level. With a price tag of $64,990 it comes fully loaded with all the toys you would expect, and some you don’t. 18” alloy wheels, cruise control and speed limiter, automatic dual zone climate controlled air-conditioning, DS LED vision, front and rear parking sensors with reversing camera, eMyway satellite navigation and hands-free access and start. And what you do not expect: you get aircraft inspired design and Cielo glass roof with individual blinds for the rear passengers, and both the driver and front passenger. It’s an odd vehicle, but we must not forget that where the vehicle is manufactured, so this is to be expected. I was pretty disappointed with the colour of our test car. In my own opinion the worst colour in the range, with an equally disappointing name, Ink Blue. I had been hoping it would come in Pearl White or Aluminium, as the lighter colors seem to work better with the design language. The darker colors seem to hide and or camouflage all the interesting vents and intakes that give it a very unique look and feel. Once you see the DS in person you realise it’s massive, but once inside… not so much. It was almost like the opposite of a Tardis. It was odd, in multiple ways. I know I am a tall guy, but the inside of this large vehicle instantly felt a little cramped. You also had the feeling that you were very safe, as it felt like the doors  and every part of the car around you was about two feet thick. It was a good feeling never the less, and nice to think you and your family are safe as houses in it. There are two other instantly noticeable features once you get in, the main one being the steering wheel. It’s big, really big, but thankfully it’s flat-bottomed. Which means I didn’t end up hitting my legs on it every time I got in and out – more about the steering wheel later. And the other feature was the unmistakable aircraft design language used anywhere and everywhere throughout the interior cabin. The aircraft design look and feel was very different, but cool. The centre console, which there were two of, one on the floor and one on the roof. Had an array of trigger switches for all the windows and door locks, they may have been on the large side, but the overall design was pretty cool. This console was also reflected on the roof, with a similar myriad of buttons. These controlled things like the glass roof shades to the pop-up HUD display for the driver. Again, small things that just make what could be a normal boring experience that bit more exciting. Behind these buttons you find two storage areas which were style like overhead luggage compartments, both of which had a decent bit of space in them, as did the centre console under the arm rest. It seemed to go forever, I was able to get most of my arm in there, as it ran deep under the window controls. There were some very quirky touches, like the fasten your seatbelt sign on the roof console, just as if you were on a plane, which I liked, something different. The seats were very comfy, and had a wide range of settings. But I am not sure about the button placement on the side, it was very hard to see what you were pressing at times. Sometimes you just had to guess and hope for the best. But the quality and comfort were great, and this car would be an enjoyable one to drive on long distance, not having to worry about getting out feeling refreshed.

Back to the steering wheel, it was massive. And most of the time I did not mind it. However the buttons were hard to use when you drove at the 9 and 3 position, using the formed grips provided. It was not hard to use the wheel itself, but to use the buttons on it. It seemed like the further button away from your thumb was just far enough to make you move your hand from the grip. With all the effort to design, it felt as if ergonomics fell short. Everything had a really nice look and feel, high quality. All of the buttons had a nice satisfying feel to them. The only part of the system that really bugged – no, annoyed me – was the radio. This was the same issues that Rob and Fred had in the DS 3 Puretech and DS 4 Crossback . Unlike every other car we have tested, the system usually stays where you have it when you turn off the car. And when you start again it’s set up the same as when you left it. But not this one, as it defaulted to the different station that I had selected on the radio every time. It drove me up the wall, even to the point where I just tried to turn it off, but it just came on every time I started the car. I am sure there must be a setting in there somewhere, however I could not find it during the week I had the DS5. Boot space is good, however not as big as you would expect for a vehicle of this size. More of the reverse Tardis feeling going on here. And you will also be surprised to find a subwoofer in the boot too. I must admit, it’s been some time since I have seen one of those in the boot of a new car.

The DS 5 comes with a 2.0L BlueHDi diesel, that produces 133kw and 400Nm of torque. Note that second figure, as you will notice it when you drive it. Cars like this are not expected to have a lot of go, they have small engines, but that torque figure made a huge difference to the overall experience. This figure gave you a lot of power in the low end, so you never needed to over rev the engine to get moving. This is great, as you don’t use as much fuel when you just use what you need. A lot of other cars, will have lower torque figure but are also in the higher rev range, so you need to use more of the engine to get to the speed you want to go. Having this setup also makes the cabin quieter, as the engine is not being revved high. The HUD was very useful, it was projected upon a pop-up piece of clear plastic. The controls for this were in the roof, of course. Adjusting the tilt angle and brightness all from a couple of roof mounted switches. Being tall I found this to be a very good setup, as I could get the HUD just how I like it. Something not all fully digital, projected onto the windscreen HUDs are able to do. They also kept it simple, with just some simple info, speed and cruise control speed displayed. The specs from the manufacturer state the 0-100km time was 11 seconds. I know this is not something a vehicle like this would be tested on. But I was sure after nailing it a few times it was no where near that slow. So I had to find out, and found a quiet road, set myself up and nailed it. And at 8.5 seconds the DS hit 100km. Which goes to show it’s not a sluggish car by any means, thanks to those big torque figures.

Everything was as you would expect of a vehicle like this; good brakes, with the right amount of feel. It was a nice car to drive, and you could easily cover a good distance very comfortably. Driving the DS 5 was one of the more uneventful parts to this vehicle. It was not exciting, but not boring either, it just did what you asked of it, did it well and left you satisfied. Just like the car itself, this market segment is a bit of an odd one. And there is not much on offer that could be seen as a direct competitors. BMW and Mercedes both have MPV Crossovers around the same price, but would lack the option package that is standard on the DS 5. Apart from the colour and the annoying radio, the DS 5 had few real faults. Yes it has its oh so many quirks, that many might find lovable or just annoying. But the DS 5 could have been a dull as dishwater, instead they decided to make the experience you have on the day to day a bit more interesting.

And I like that they were not one to follow like sheep and try something a bit outside the box. Well done DS, I was not expecting to be left this impressed. 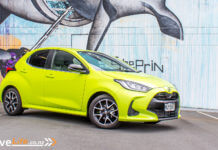 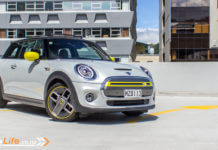