Then, we received another financial hit, and our budget had sunk to a new low of US$5,000.

That’s not a lot of cash to play with, and trying to find something to fit my criteria of low miles and unmolested was going to be tricky, if not impossible.

Still, it felt like every waking moment was spent trawling Craigslist, cars.com, carsforsale.com and classics.autotrader.com.

I did try using good ‘ole www.autotrader.com but there’s a problem there – they’ve blocked it from anyone outside of the USA. Apparently there were too many scammers using it from other countries, and so that was how they dealt with it. I even tried using a VPN to make it look like I was in the USA, but the folks at Autotrader had wised up to that and blocked VPNs as well.

Oh well, there’s plenty of fish in the cars-for-sale-websites sea.

There was one search I kept coming back to: C4 Corvettes, from 1990-1996. You might remember in the last article I manned up and apologised to C4 Corvette owners, since for far too long I didn’t consider them a Corvette worth owning. It’s funny what YouTube can do for you; it changed my perception of the C4 Corvette completely. Advanced for its time, with things like full alloy suspension, and a far better V8 than the last of the C3 Corvettes, which only managed 185HP out of 5.7 litres.

While looking at the C4, I had to reconsider what I want this car for. Do I want it to go fast? Well, yeah a little, but I also want to keep a hold of my driver’s license. I think it’s more about the sound of the V8 and the easy drive they are on the open road. 250 horse power should be plenty for our Route 66 and more trip across the USA. It’s enough for me in New Zealand too, with our roads/drivers/low speed limits.

That’s not to say the C4 isn’t without its issues; the headlining on the targa top often droops down, the handbrake isn’t the best, and there are other issues, most commonly with high-mileage examples. On the whole though, they are known to be pretty reliable.

But no car is without issues. At least I know what to look for, and hopefully will be buying one that has few or no issues. As mentioned last article, I’ll be using Kiwi Shipping’s pre-purchasing service, so I can be sure that the car I buy will be reasonable, and should get compliance back in New Zealand with the least amount of work required – if any.

Since the car we are going to buy will be older than 20 years, we don’t need to be concerned with converting it to right-hand drive, or getting a left-hand drive permit, so that’s a bonus.

So that was it then – one day I focused only on finding the perfect C4 Corvette for our road trip.

Top of my list is originality; I don’t want something that’s been modified. Butchered? No.

Unmolested? Yes. There’s a few reasons for this; it should mean the car will be more reliable on an 8,500km trip across the USA and into Canada, then back into the USA. It also should mean an easier compliance check when the car gets shipped back here. A car that’s original is always going to be easier to get compliance for.

So that means low mileage goes hand-in-hand with the criteria above. Ideally under 100,000 miles on the clock, and preferably lots less. But this is all dependent on our budget too – the lower mileage cars seem to go way for over $5K. I live in hope.

I guess that means the third highest wish-list item would be a manual transmission. They are rare though, but I’d love one. While the earlier (1984-1989) C4s had the Nash 4+3 manual, in 1990 this was dumped for a ‘normal’ 6-speed ’box. This would be ideal for me, since the automatic in the C4 is only a 4-speed.

Without wanting to sound too girly, the exterior and interior colours play into as well. Black leather is at the bottom of the list; it gets too hot on a sunny day, and it shows wear quite badly.

Of course, it’s also the most common interior colour for the C4, and I don’t like common. There’s a few other options here; blue, grey, red and saddle.

Of course, many DriveLife readers will know my thoughts on grey and silver cars; they’re out. Too boring, and too dangerous on the road. It’s almost impossible to see them on a grey road, especially on a grey day. Ditto white Corvettes – to me, boring. That leaves a good choice of Steel Blue Metallic, Black, Turquoise Metallic, Competition Yellow, Dark Red Metallic, Quasar Blue Metallic, Bright Red, and Polo Green Metallic.

While we have no intention of reselling the Corvette anytime soon, the exterior/interior colour scheme will come into play one day, when we do decide to sell.

One other thing we will be looking for is the body; we want a removable-top coupe, not a convertible. We already have a convertible at home, and would prefer the solidness and security of the coupe over owning another convertible. It also means a bigger boot, which my wife is very keen on. Having a removable top does mean at least on days when we want to, we can take the top off and store it in the boot (I mean, trunk). Best of both worlds, right there.

Overall condition has to come into play too – when I look at photos of a car, I don’t want it to look well used, even if it has got 100k miles on the clock. I’ve spotted more than a few C4 Corvettes for sale where there are leaves sitting around the plenum chamber. To me, this screams out that the car is parked outside. If I can, I’ll be searching for a car that’s always been garaged, or at least looks like it has.

So the question is, is our criteria too much? Will we find our ideal car for under US$5K? I’m sure we’ll need to mix and match, making concessions in one area over another.

We can only try – but the clock is counting down to early September, when we want to fly out. 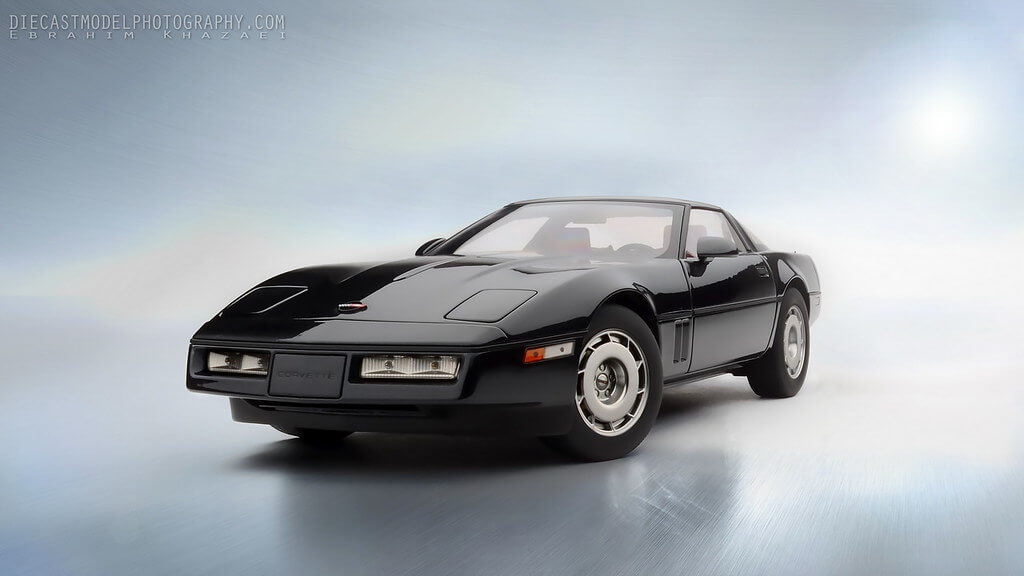