Sweeden is about as well known know for it humour as Germany is, so when Koenigsegg engineers laugh at the 270 mph top speed run the Hennessey Venom GT did couple of weeks ago, you have to wonder to yourself, what do they know that I don’t. They knew of only One thing, and it was this, the limited edition Koenigsegg One:1.  Designed and build for two reasons. One to celebrate the 20 years Koenigsegg has been in the business, and two, another chance to let the engineers loose on a blank slate, with no other instruction then “I want something a bit mental”. And if ever there was a term that would sum up Koenigsegg new hyper car, Mental is it. Oh and they say it will also do 280mph as well. 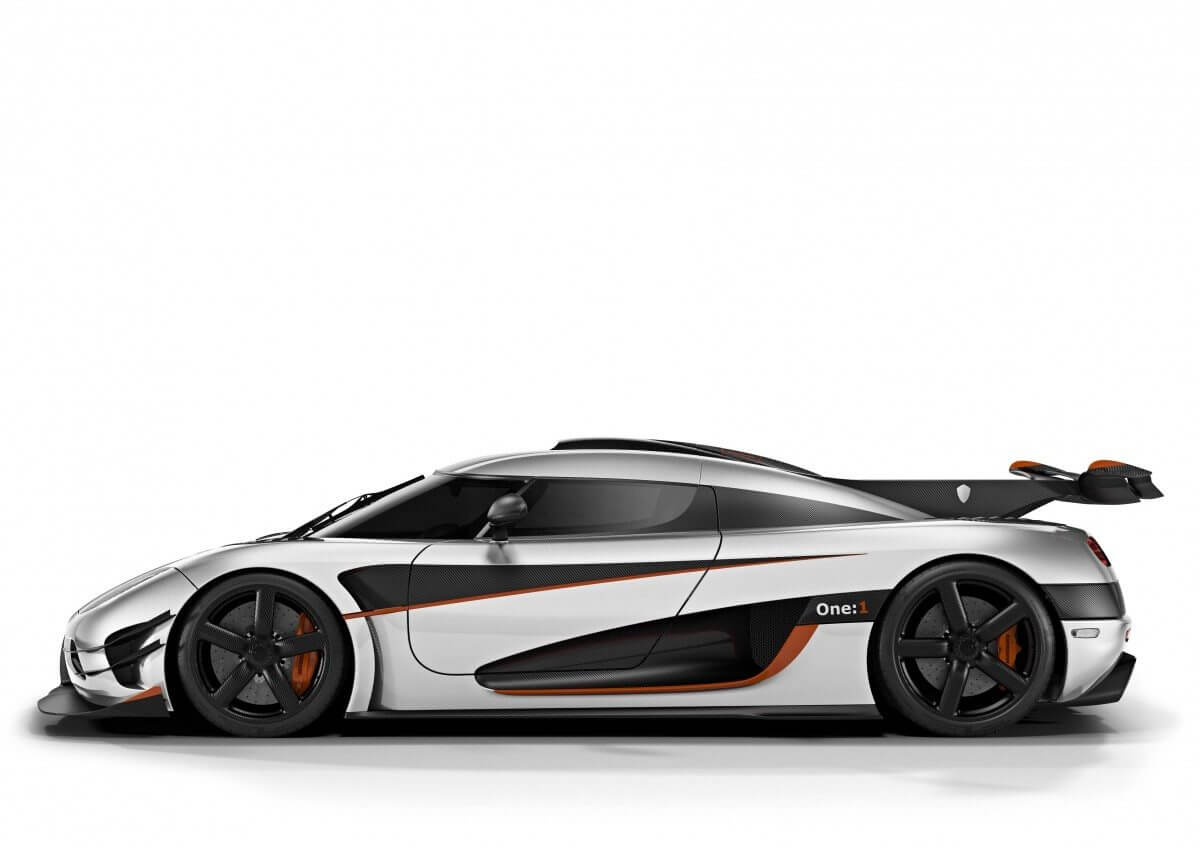 Hyper car wasn’t even enough for the engineers, they called this a“Megacar,” which is aptly named as it has 1 Megawatt of power (1,360 hp), 737 lb-ft of torque from 3,000 to 7,500 RPM, all from a revised version of Koenigsegg’s 5.0-liter turbocharged V8 engine. According to jalopnik.com, they have achieved this by using the very latest in computer aided design and 3d printing / milling. Much like the Apple Mac Books that are machined out of a solid block of aluminium, the exhaust end piece are machined from a block of titanium, saving 400 grams of weight when compared to an aluminium version. The One:1 employs a all new carbon fiber chassis and body that’s 20% lighter than the Agera, combine with a fully active aerodynamic system which keeps the body and car itself grounded at high speeds they are well on there way to convincing me that 280mph is not going to be much of a problem. Independent left and right flaps under the front splinter and a hydraulically actuated top-mounted dual-plane rear wing create 1,345 lbs of downforce at 160 mph, about the weight of an original mini cooper. If this is the first you have heard of the Koenigsegg One:1 and are thinking to yourself, Yes I need this in my life, we have some bad news for you. All six models for sale have already been pre-sold before the first car itself has even been debuted at the Geneva Motor Show.